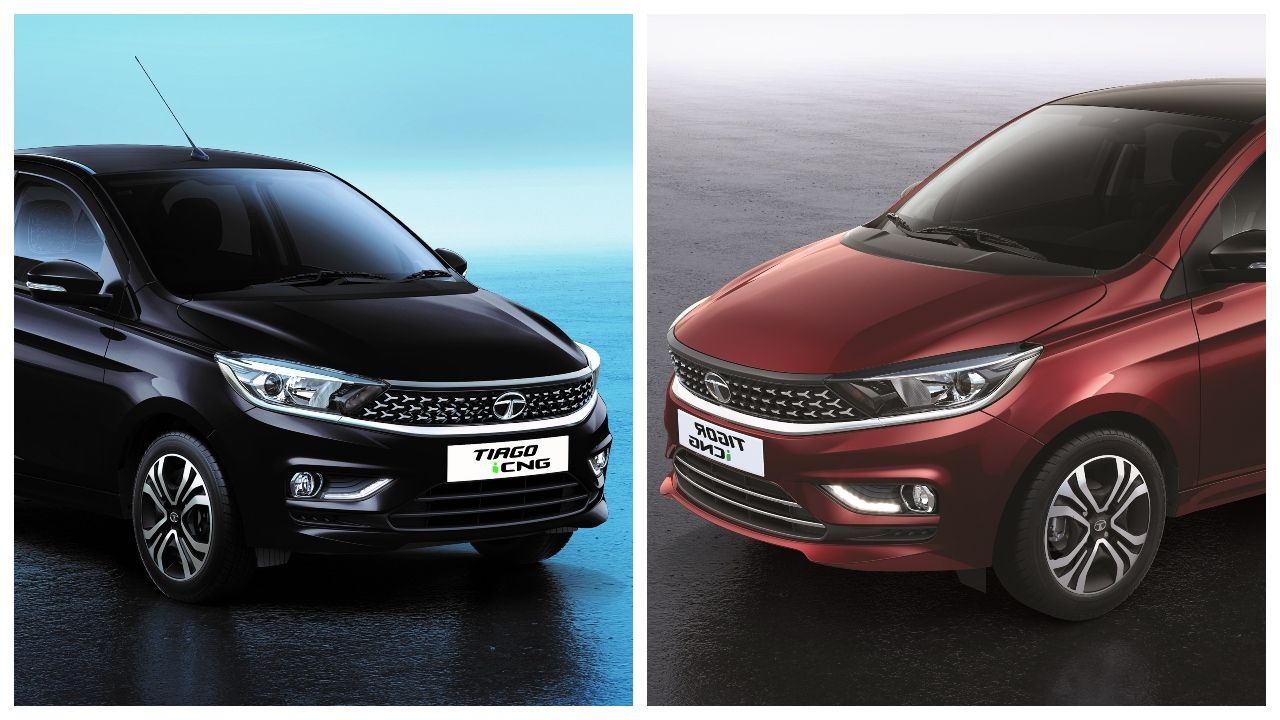 Tata’s 1.2-litre Revotron engine makes 72bhp and 95Nm, which is more than that of other CNG cars in the segment.

Tata has launched CNG versions of the Tiago and Tigor, making it the third carmaker in India to offer a factory-fitted CNG kit in its cars. Tata has, however, gone a step ahead of its rivals, Maruti and Hyundai (both offer factory-fitted CNG options), by offering the CNG kit on multiple variants of both cars.

As you can see in the table above, Tata is demanding a premium of Rs 90,000, which is similar to its competitors. 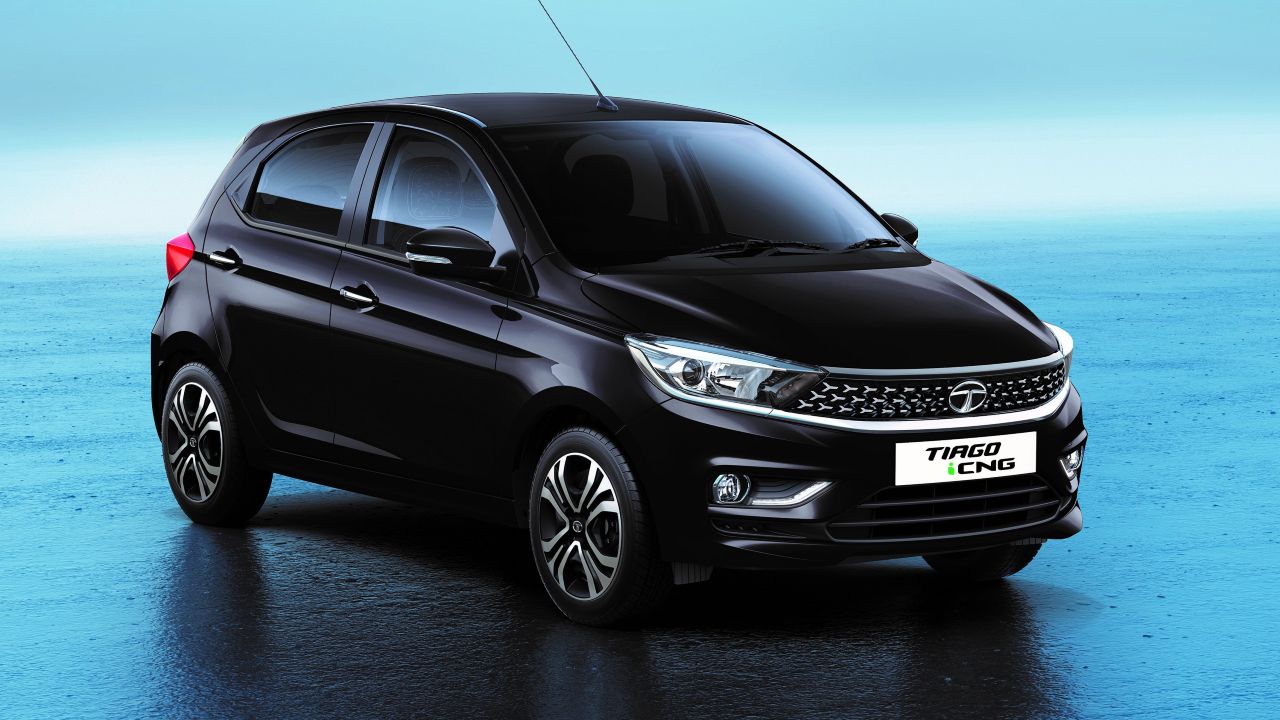 The Tiago and Tigor are both powered by Tata’s 1.2-litre three-cylinder naturally-aspirated engine, which makes 85bhp and 113Nm. With CNG, these figures drop down 72bhp and 95Nm, and the only transmission option you get is a five-speed manual.

Now, while the big news is that both Tiago and Tigor get a factory-fitted CNG kit, Tata has also made some updates to the hatchback and sedan for 2022. In the case of the Tiago, the XZ+ variant gets projector headlamps, LED DRLs, chrome on the bumper, door handles, a boot-lid, and a new black and beige colour scheme. The Tigor’s XZ+ variant gets rain-sensing wipers, automatic headlamps, a black and beige interior, and a dual-tone roof option. These new features will be available on both petrol and CNG models. 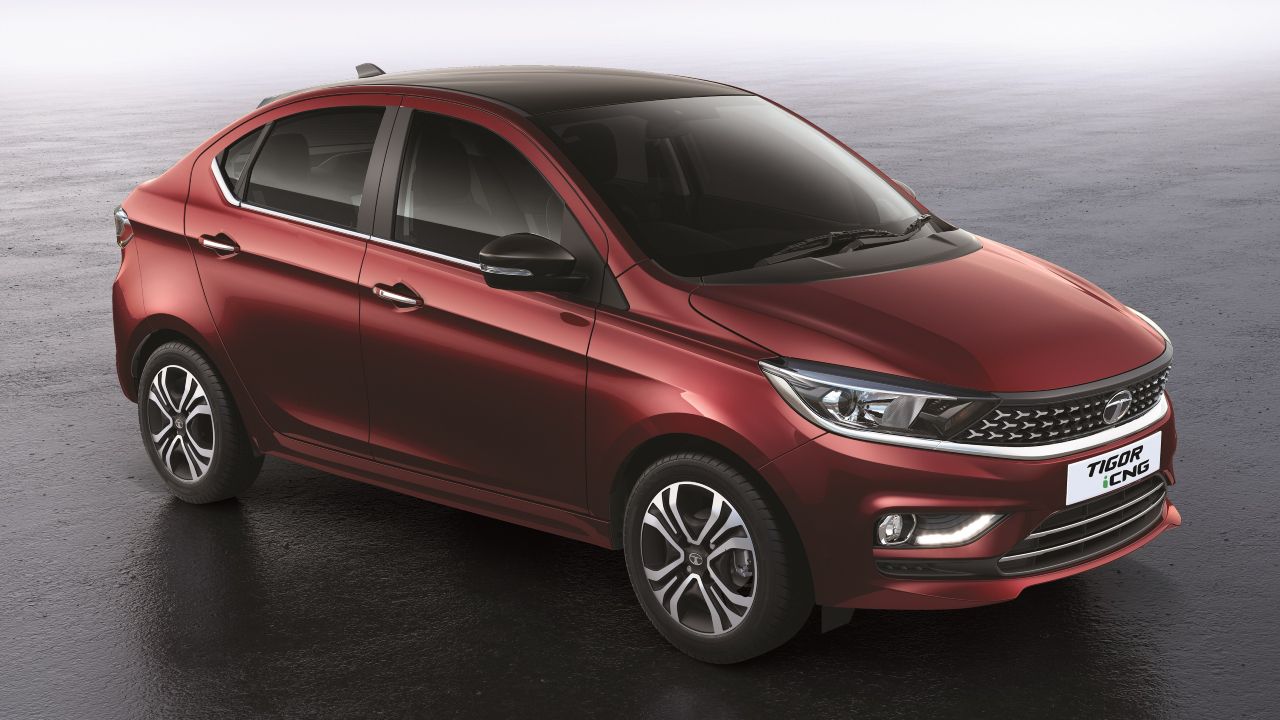 Tata is also offering a new colour option for both cars. The Tiago gets Midnight Plum while the Tigor gets Magnetic Red. However, both these colours are only available on the top-spec variants. As far as the warranty is concerned, Tata is offering a 2 years/75,000 kilometres warranty as standard.

With the Tiago and Tigor CNG, Tata has taken the fight to Maruti and Hyundai. The Tiago CNG will go up against the Maruti Celerio CNG, Maruti WagonR CNG, and Hyundai Grand i10 Nios CNG. The Tigor CNG will rival the Hyundai Aura CNG.