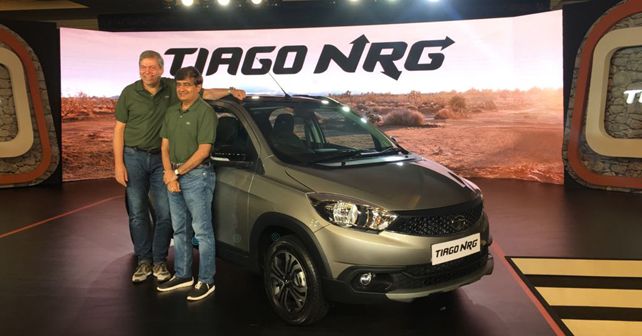 Introduced as an SUV-inspired 'Urban Toughroader', the Tata Tiago NRG adds some rugged styling and additional features to the standard Tiago hatchback.

Tata Motors has introduced the Tiago NRG in India which is a tougher version of the standard hatchback. Essentially, the Tiago NRG is a cross-hatch with reinforced styling using plastic cladding all around, while retaining the same mechanical underpinnings. It has been launched at an introductory price of ₹5.5 lakh for the petrol variant and ₹6.32 lakh for the diesel variant (ex-showroom, Delhi). It will be available in three exterior colour options: Malabar Silver, Canyon Orange and Fuji White. 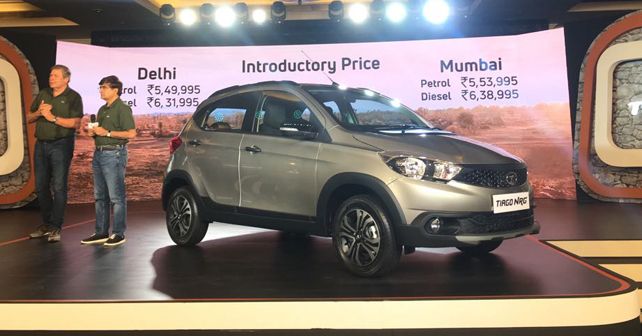 In terms of dimensions, the Tiago NRG is taller, wider and longer than the standard hatchback, with an increased ground clearance (now at 180 mm). The 'urban' styling additions on the Tiago NRG include an armoured front design, beefed-up side skirts and wheel arches. The rear bumper gets a faux skid plate and the roof, along with the roof rails, get an 'infinity' black finish. The car also comes with dual-tone, four-spoke, 14-inch DurAlloy wheels. Some of the features on the Tata Tiago NRG include steering mounted controls, voice command, built-in navigation and an 8-speaker Harman infotainment system with an exclusive 5-inch smart touchscreen.