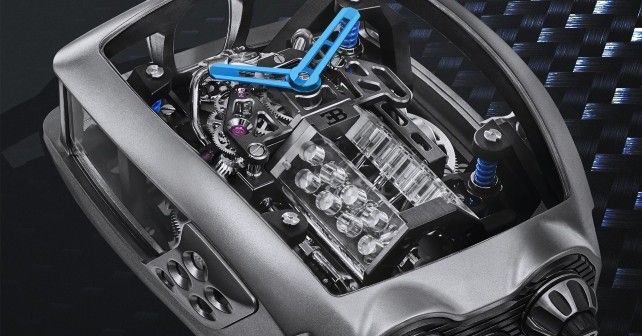 It has been 15 years since the Bugatti Veyron hypercar hit the streets, and now it looks like Bugatti has found a new watchmaker to come out with a watch that is just as outlandish as its new car – the Chiron.

Did you know that the launch of the Bugatti Veyron, 15 years ago, was supposed to coincide with the launch of the Parmigiani Type 370? No, it's not a hypercar! The Parmigiani Type 370 is actually an incredibly expensive watch that was supposed to compliment the car and was going to be exclusively available only to Bugatti Veyron owners. However, the Veyron was plagued with many problems, and its launch was delayed, and consequently, the watch became available a whole year before the Veyron was launched.

The Veyron came into the world in 2005 and blew everyone away. Bugatti even formed a partnership with Parmigiani that lasted until 2019. Now, with the Chiron hitting the roads, Bugatti has forged a partnership with legendary watchmaker Jacob & Co, with whom they have collaborated in the past for some pretty radical and exclusive watches, such as the Twin Turbo Furious and Epic X Chrono. However, these watches are not as ostentatious as the new Jacob & Co Bugatti Chiron Tourbillon.

Shock and Awe. The movement of the @jacobandco Bugatti Chiron 16 Cylinder Tourbillon is completely suspended in four places, with what look like actual automobile shocks from the Chiron itself. The movement is, in fact, floating inside the case - you can see it move up and down. #jacobandcochiron . . . . . . . #jacobandco #jacobandcowatches #hautehorlogerie #hautehorology #inspiredbytheimpossible #bugatti #bugattichiron

This new watch features a replica of the iconic 16-cylinder Bugatti engine. The detailing is absolutely stunning, and the engine movement is incorporated with the movement of the watch. If you press down on the right-hand crown, the turbos spin, the crankshaft turns, and even the tiny pistons pump. All the 578 mechanical components are placed beneath a massive sapphire crystal, affording a clear view of the movements and the dials. 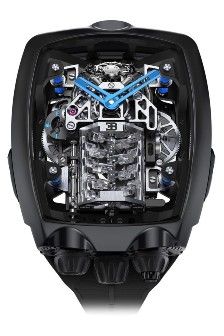 It took Jacob & Co one year to make a clean-sheet design to replicate the legendary 1,500bhp W16 engine. The crankshaft is made from a single piece of steel, and the entire mechanism is suspended on four shock-absorbers to include more car elements. The addition of the shock absorbers also allows for the mechanism to move up and down and seem as if it is floating within the case.

[????Sound On????] Capturing the #Chiron. Ever since the first automobiles competed for the fastest laps and times, watches and cars have been inexorably linked. Car aficionados love watches, reveling in the mechanical precision, beauty, and performance of both. But watches could never capture the feel, energy, and power of a high-performance car engine.⠀ ⠀⠀ That is... until today. Introducing the new Bugatti Chiron 16 Cylinder Tourbillon from @jacobandco. #jacobandcochiron⠀ .⠀ .⠀ .⠀ .⠀ .⠀ .⠀ .⠀ .⠀ #jacobandco #jacobandcowatches #hautehorlogerie #hautehorology #inspiredbytheimpossible #bugatti #bugattichiron

The Bugatti Chiron Tourbillon has a battery life of just 60-hours, which is monitored by a fuel gauge, just like in a car. There are other elements which take inspiration from the Chiron. Also, the watch is also fully customizable. The case is made of black titanium and features a rubber strap with a titanium buckle. The watch has been priced at $280,000 (Rs 2.12 crores), almost the same as a McLaren 720S. But, if you can afford a $3 million (Rs 23 crores) car, then this watch shouldn't be much of a problem. 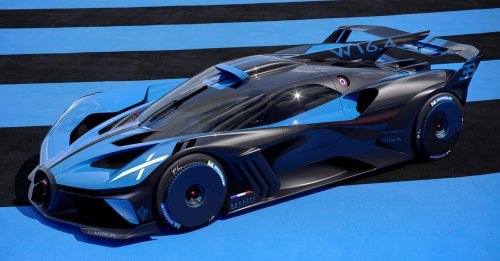 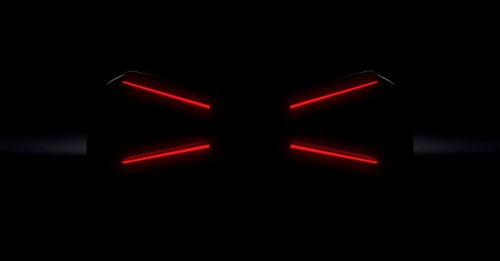