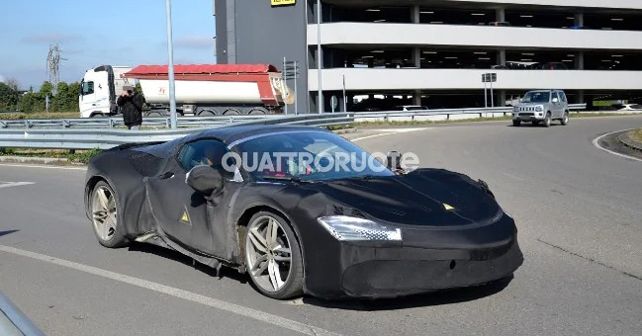 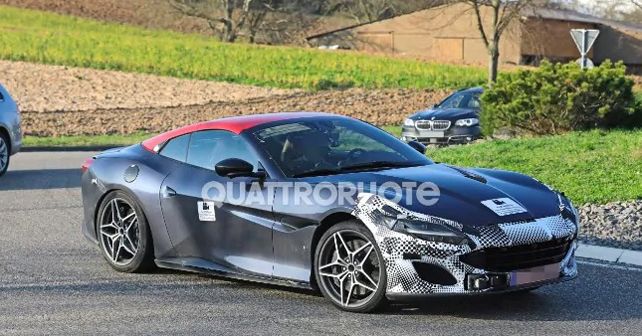 Some media reports confirm that Ferrari is gearing up to launch two new products this year. Well then, are these two it?

Even when the global automotive industry is facing an unprecedented slowdown due to the Coronavirus outbreak, it seems like spy photographers are never really off duty! In the latest set of spy shots, our Italian partner Quattroruote has caught hold of two Ferrari prototypes testing under heavy camouflage. While one of them looks like a drop-top version of Ferrari's hybrid ace SF90 Stradale, the other bears a remarkable similarity to the Portofino convertible. 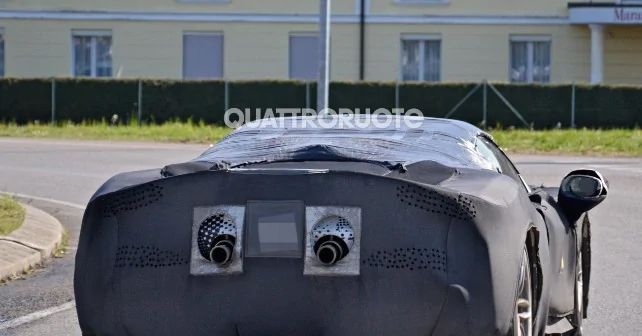 The SF90 convertible prototype (above), though shrouded in heavy camo, is identifiable by the location of its exhausts and that uniquely curved shape of the front end. But how do we know if it's a drop-top version? First, the location of the shark-fin antenna has been altered, compared to the standard car. It's been pushed back. Also, the top rear segment of the car, over the engine, seems to have been raised. These two changes seem to hint towards the incorporation of a folding roof mechanism. Apart from this change, expect the SF90 Stradale Spider (or Aperta) to have the same mechanical underpinnings as its coupe sibling. 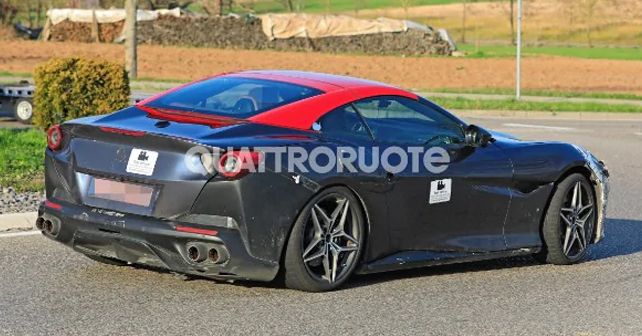 The other prototype looks remarkably similar to the Portofino (above & below), although with some noticeable design changes. The front end on the prototype offers a glimpse of the new headlights inspired by those on the Roma. The air intake on the front fender and the surrounding cavity that stretches onto the doors also seems to have been modified. Mechanically too, the updated Portofino is likely to be a lot closer to the Roma, which means the 7-speed DCT gearbox could be swapped for the 8-speed unit (also used on the SF90 Stradale) and the engine's power output could go up from current 591bhp to 612bhp. 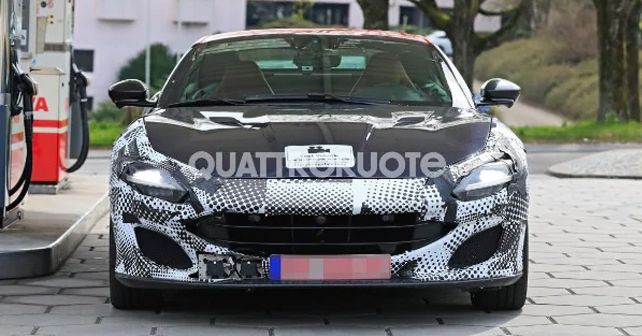 However, it is yet to be confirmed if these two new (or updated, rather) models are what Ferrari plan on launching this year.