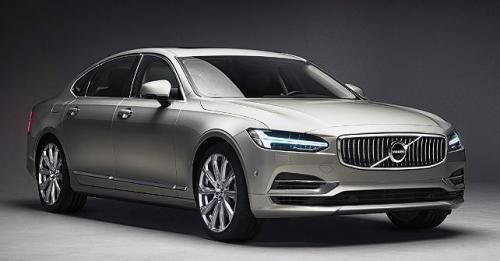 The S90 Ambience Concept is created primarily for the Chinese market and provides a contrast to the country’s hectic city environments.

Volvo Cars has revealed the S90 Ambience, a sensory experience based concept that synchronises visuals, sounds and scents.

The S90 Ambience Concept, which will make its dynamic debut at the 2018 Beijing Auto Show in China, is based on the top of the line S90 Excellence and focuses on chauffeured passengers. To create an opulent environment, passengers can personalise the car’s atmosphere by using the smartphone app to choose one of seven visual themes synchronised with audio and scent.

The available visual elements can transform the car’s ceiling according to the selected theme - Northern Lights, Scandinavian Forest, Swan Lake, Archipelago, Nocturnal, Freedom and Rain - each providing a different ambience. 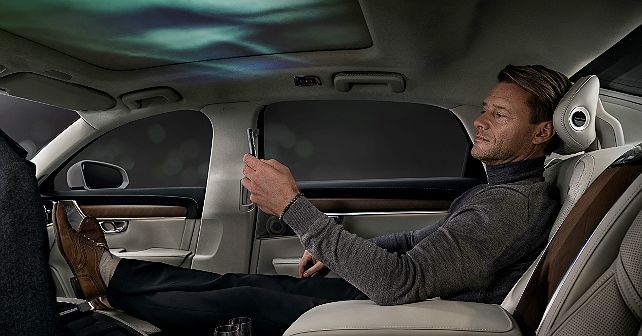 The synchronised audio plays through the car’s Bowers and Wilkins premium sound system, which includes small tweeters in the headrest for a more immersive sound experience. Each theme is matched with one of four bespoke scents, created by Byredo, which deploys simultaneously from a dedicated portal in the centre console.

“The Ambience Concept redefines luxury by taking it beyond material choices, creating a car that connects with your senses. The design explores how people feel inside the car and enables them to influence their own mood and well-being,” said Robin Page, head of design at Volvo Cars.

While the S90 Ambience is launching as a concept, Volvo Cars has the ambition to make it available in S90 Excellence production cars, especially in China. In 2017, Volvo sold more than 100,000 cars in China for the first time, which made a significant contribution to the company’s fourth consecutive year of record sales and growth. China is Volvo Cars’ largest single market and the company’s biggest marketplace for the S90 saloon.