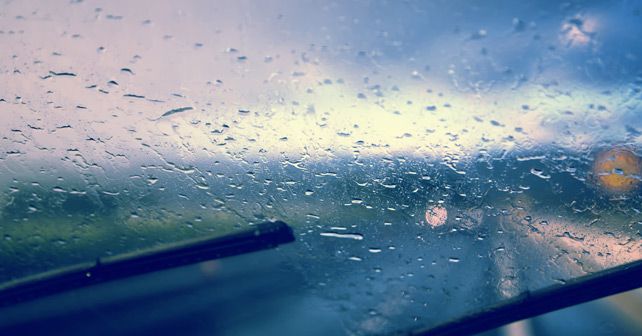 Karl’s message to automakers: leave out frills like HDMI ports & rain-sensing wipers and save us all a bit of money.

When the first iPhone arrived, we marvelled at its power. Here was a device that could take photos, browse the web, send e-mails and it was so simple and easy to use. A cool piece of tech, for sure. So, when the first smart-fridge hit the market, the creator may have expected a similar welcome from the market. Instead, we all scratched our heads and asked: ‘Why?’

There are certain things that just aren’t necessary. Like a Bluetooth-enabled hairbrush, universal remote made into a cushion, a WiFi-connected toaster, or even the foldable Samsung phone.

It got me thinking about unnecessary technology in the cars that we drive, and it became apparent when I hopped into my test car for the week, the Mitsubishi Triton pick-up. While the updated ute now has far more direct steering than it used to (you can now turn in without madly winding the steering wheel), and is great off-road, it was the infotainment system that got me. It used a connection that doesn’t really seem necessary.

Next to the two USB ports was a single HDMI port. Now, I’m not sure about you, but I can’t recall the last time I had to bring my Blu-Ray player in the car to watch a movie. Nor was I inclined to bring an Xbox along to fill in some time while driving around. Notwithstanding the fact that you need a 230V outlet to power them, it’s only ever phones getting plugged into cars these days. The advent of Apple Car Play and Android Auto negate the need for just about any other device to be connected to a car.

Of course, this isn’t the only strange thing that you’ll find in vehicles. Take the Auto Hold parking brake, for example. When was the last time you struggled to put your park brake on? And if it’s an electric park brake, it’s even easier. Surely, it’s a habit to simply put your vehicle in park (or in gear), turn off the engine and put the park brake on? Instead, we now need the vehicle to read the situation and turn it on and off for us.

Then, there is the wonderful continuously variable transmission. I say wonderful in that it’s meant to save fuel and keep the engine in its sweet spot when required, but all it does is make the car sound like its clutch is slipping. Worse than that, though, are carmakers who put paddle shifters on CVTs. Seriously, who is going to use them, and who asked for them in the first place? The kind of vehicles that get saddled with CVTs certainly are never going to require a sports mode, nor are people with any semblance of driving enthusiasm going to be using a manual mode.

We could, of course, go on about cigarette lighters (anyone who smokes should exit the car to light up anyway), or polyurethane seats instead of cloth or leather (PU gets ridiculously hot in the sun), but there’s something else that should work, but doesn’t.

Anyone with rain sensing wipers will tell you that when you get the first sprinkle of rain, even when the wipers are set to automatic, they simply don’t activate. You have to press the stalk to start the wiping action. After that, they seem to understand that it’s raining. But that defeats the whole purpose of the device – you’re turning the wipers on instead of the car. Perhaps they should be called ‘rain sensing but only when you’ve told them that there’s rain wipers.’

Tell you what – take the automatic wipers off, delete the HDMI port, leave the cigarette lighters out, remove the auto hold park brake and use cloth instead of PU. No-one will miss them and that should wipe a few thousand off the sticker price of a new car. Win-win.