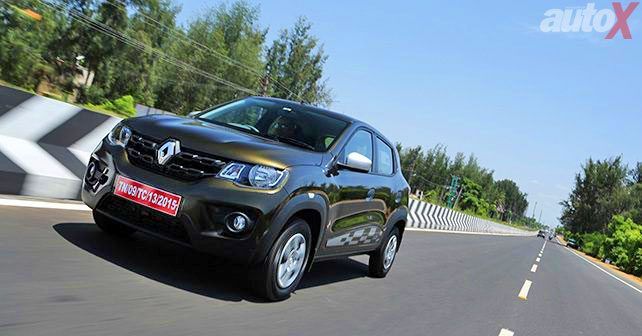 To make it even more competitive in its segment, the Renault Kwid gets a larger engine, and along with it, and even more fun-to-drive avatar.

The Kwid, in its new avatar, remains mostly similar to what it was in its 800cc form, a spacious, well designed and confident looking car, something customers appreciate, as one can tell by the sales numbers over the past year. Nothing much changes for the car in the 1-litre avatar, there is increased power and a slight increase in weight, but largely it remains the same product. With its light weight and increased power though, the Kwid 1-litre holds significant appeal, especially for the driving enthusiasts. Now, 96bhp/litre might not sound much on a global scale, but for the Indian market, a car to have such a power-to-weight ratio means the results could be significantly fun-to-drive. 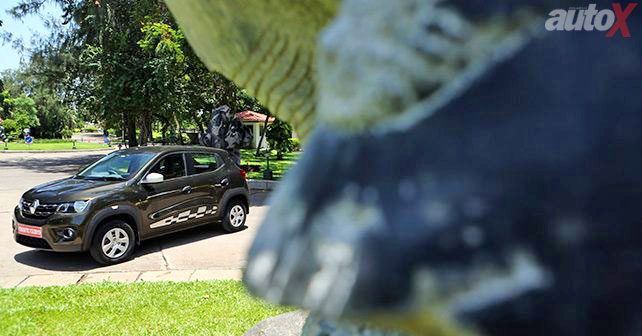 And that’s what the Kwid 1-litre proves itself to be, rather an enjoyable small car that likes being thrown around, the engine revved right to the rev limiter. To be honest, I thought highly of the Kwid in its 800cc form too, for me it was an honest car, a car that you could really drive hard and derive basic pleasure from - without doing insane speeds. And in its new, more powerful avatar, the basics remain the same. The chassis is communicative, the ride a bit skittish, but the engine is a pleasure to rev and deliver torque in a linear manner. 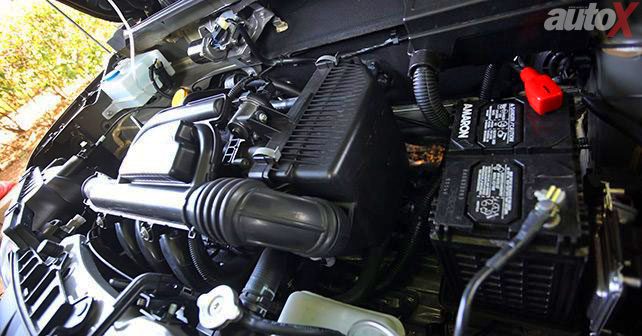 The new 1-litre three-pot engine is an evolution of the 800cc unit, and with increased bore and stroke, now produces 67bhp and 91Nm, which in a car that weighs 699kgs, is a pretty healthy amount! On road, the new engine seems familiar to the 800cc unit with a raspy intake sound and is a bit thrashy at the top end, but the increase in power is easily felt as you work through the gears. The linear torque curve helps in the overtaking, and downshifting a gear gives the car a sprightly kick, which is very useful on the two-lane roads that we were testing the cars on. Given that it is naturally aspirated, the engine still does its best work in the top end of the rev range, but given the fun-to-drive nature of the car, that’s not hard work at all. 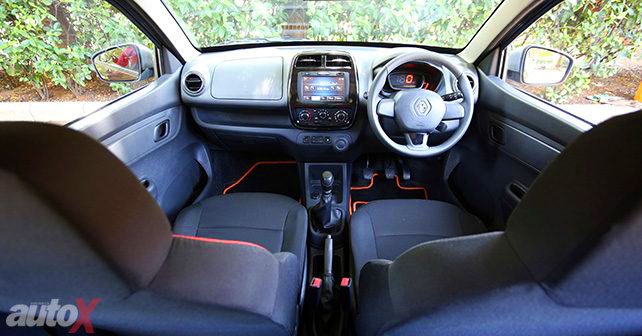 There are a few things that Renault could still work on though, the steering feels a bit too light at times, and a slightly heavier response would be desirable. High-speed stability and handling, on the other hand, are not an issue at all, but braking from high speeds does cause the car to squirm quite a bit, so, in my opinion, those buying this car for throwing it around would do very well with a small investment in giving it better and slightly wider tyres than what comes fitted as standard. I was hoping that Renault would’ve also improved the NVH levels of the engine in the new avatar, but then again, given that it’s still a three-cylinder unit, there’s only so much that can be done about that. 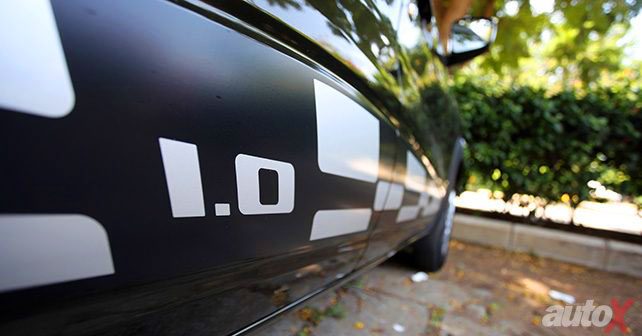 Visual changes to the 1-litre Kwid have also been kept to a minimum, with the only visible changes being the silver painted outside rear-view mirrors and the 1.0L badging the car comes fitted standard with. Available in only the two trim options – the top end RXT and RXT(O) – the 1-litre version is a good addition to the Kwid range, and will provide customers with added choice, especially for those looking for more power for use in mountainous areas or those hauling their families around. And with the AMT Automatic version to be launched next, this variety can only add to the Kwid’s already healthy sales numbers.