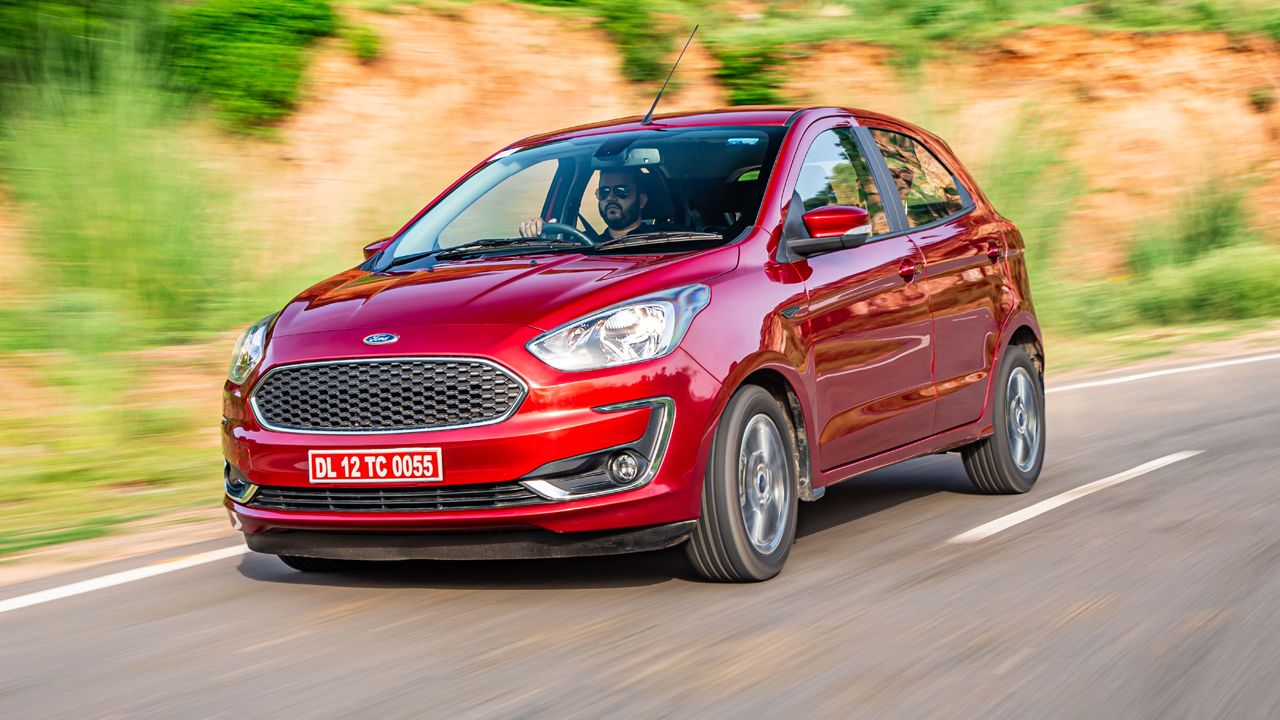 The job of an automatic car is to make your everyday commute easier and bearable. So, how well does the BS6 Ford Figo AT do its job?

Let me put forth the following scenario. It’s Monday morning, the phone alarm rings and if you’ve spent the previous day well, there’s a good chance that it won’t be the last time it rings! After a tussle, however, you’re are awake but realise that you’ve missed your usual traffic-free commute window. Now that facing rush-hour traffic is inevitable, some might take a deep breath and thank themselves for buying an automatic car. Others, well, you know what they’d do. The point though that I’m trying to make is that the importance, and consequently the sales, of automatic cars, are ever-growing with each passing day. However, a look at the current options puts forth a pretty lean list, thanks to the BS6 emission norms that basically robbed us of some good options. 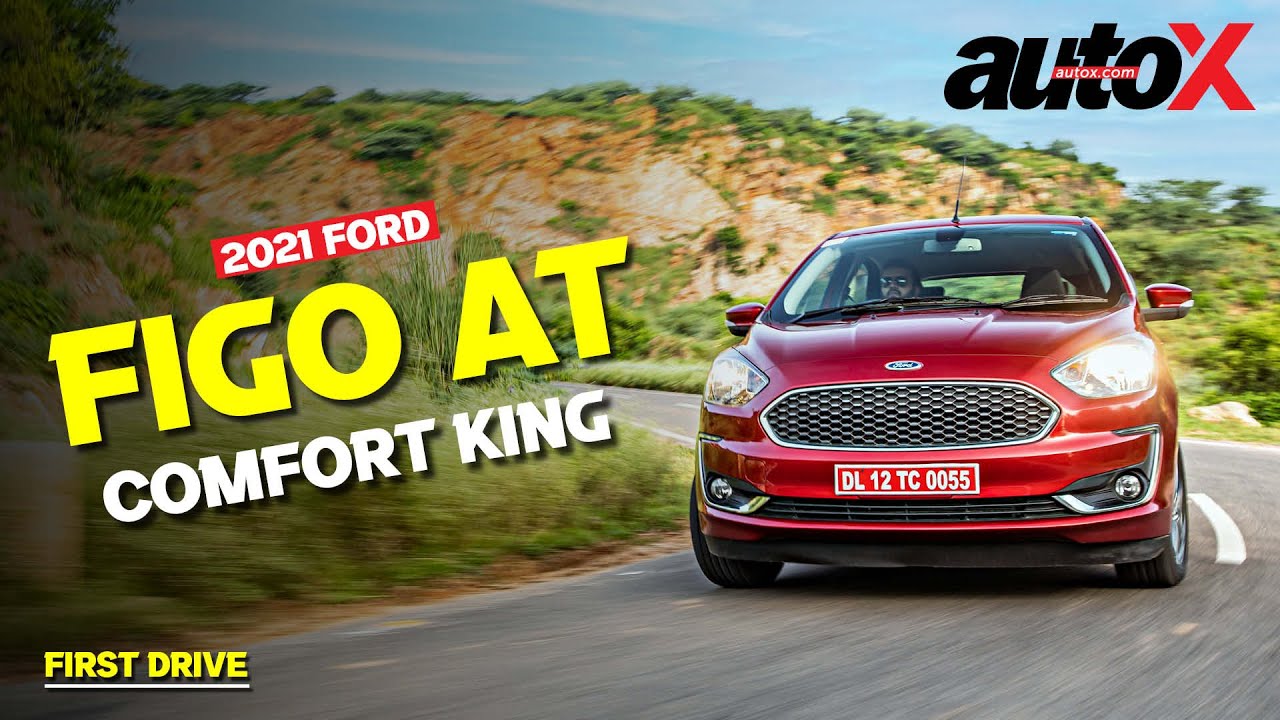 One such case was the Ford Figo Automatic. It was discontinued just a few months before the BS6 era began but thankfully, Ford has brought it back in its petrol guise. The 2021 Figo AT was launched in July this year in two variants – Titanium & Titanium+ – with prices starting from ₹7.75 lakh (ex-showroom). So, given the Figo’s cult following in India and the added bonus of an AT version, it was my duty to borrow the car for a day to find out what all Ford has done to make the 2021 Figo AT relevant and lucrative for the buyers and, more importantly, is it worth the buck that Ford’s asking for it.

A small history lesson here. The previous Figo AT was on sale with a very nice 1.5-litre three-cylinder petrol unit from Ford’s Dragon series. For 2021 though, the car continues with the smaller 1.2-litre three-cylinder BS6 unit of its MT brethren. So, while the old motor was good for about 120bhp, the downsized unit dials everything down – it develops just 95bhp and 119Nm of torque. The six-speed torque converter gearbox though, which is perhaps Figo’s key advantage as I’ll be explaining shortly, is the same unit as before. So, how does the new engine-gearbox combo work? 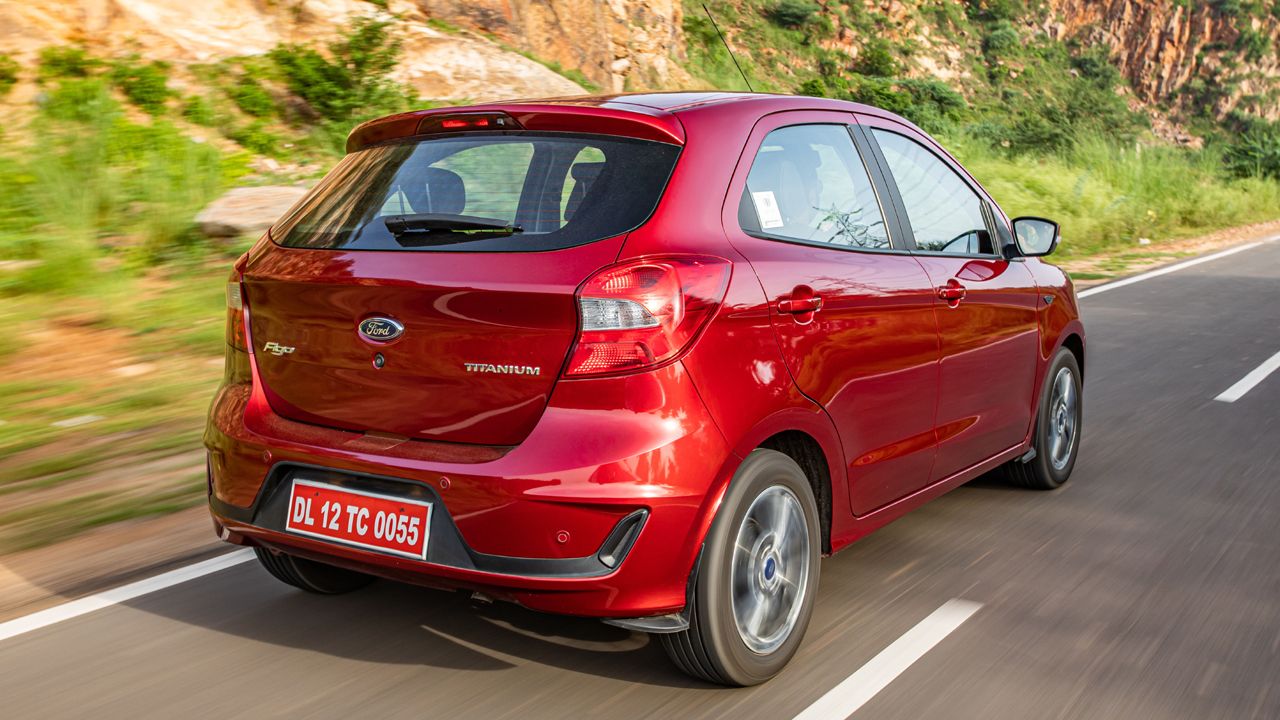 Simply put – it’s all very linear. As soon as you start driving the car, you realise the 1.2-litre unit is all about progressive and linear power delivery. There’s no sense of urgency when it comes to delivering those 95 horses and, therefore, the best way to enjoy the Figo AT is with a light foot and, of course, a fair bit of patience. Having said that, the car will reach triple-digit speeds but it will probably take longer than one might expect.

The gearbox, on the other hand, is quite appreciable both in terms of its response and smoothness. As I said before, it’s also perhaps the Figo’s ace of Spades as its key rivals, like the Hyundai Grand i10 NIOS and the Maruti Suzuki Swift, both offer AMTs and anyone who’s experienced both these kinds of gearboxes will know that AMTs are relatively crude when compared to a torque converter unit. 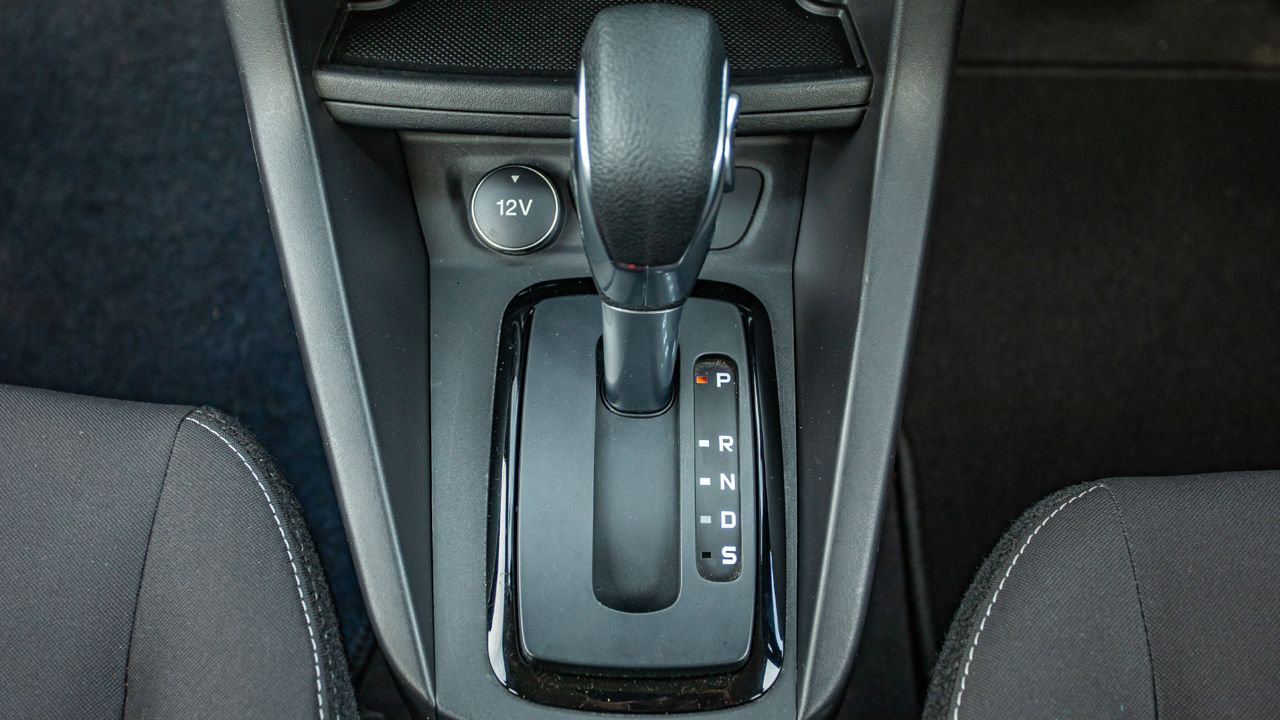 The gearshifts are smooth & quick but only till the time you don’t mash the accelerator pedal. If you do, the shifts become noticeably jerkier and that’s when the gearbox starts showing its weakness. However, Ford has addressed this shortcoming by adding two important features to the gearbox – a Sports Mode and a SelectShift feature that lets the driver flip through gears manually using a toggle switch on the gearshift lever.

And I’m happy to report that the Sports Mode isn’t a gimmick and it genuinely transforms the driving experience with buttery smooth up & down gearshifts. Plus, if you use the accelerator a bit boldly in Sports Mode, the driver is rewarded as the car can hold the gears up to 6,500rpm! The experience remains the same for the SelectShift feature, although the toggle switch does not feel very organic – it feels a bit fiddly, much like operating a video game joystick. But it does not take too long to get used to.

All is well on a nice, smooth stretch of tarmac. But what if you encounter the more familiar pot-hole or speed bump-ridden stretches of road? Well, if you have the Figo, you can rest assured that bad roads won’t be an issue. The Figo’s suspension set-up works very well at slow to moderate speeds and it absorbs most bumps or potholes with ease. It’s only at high speeds though that the setup feels a bit inadequate, with that confidence-inducing sturdiness missing. That could also be due to the fact that the Figo AT isn’t a particularly heavy car. 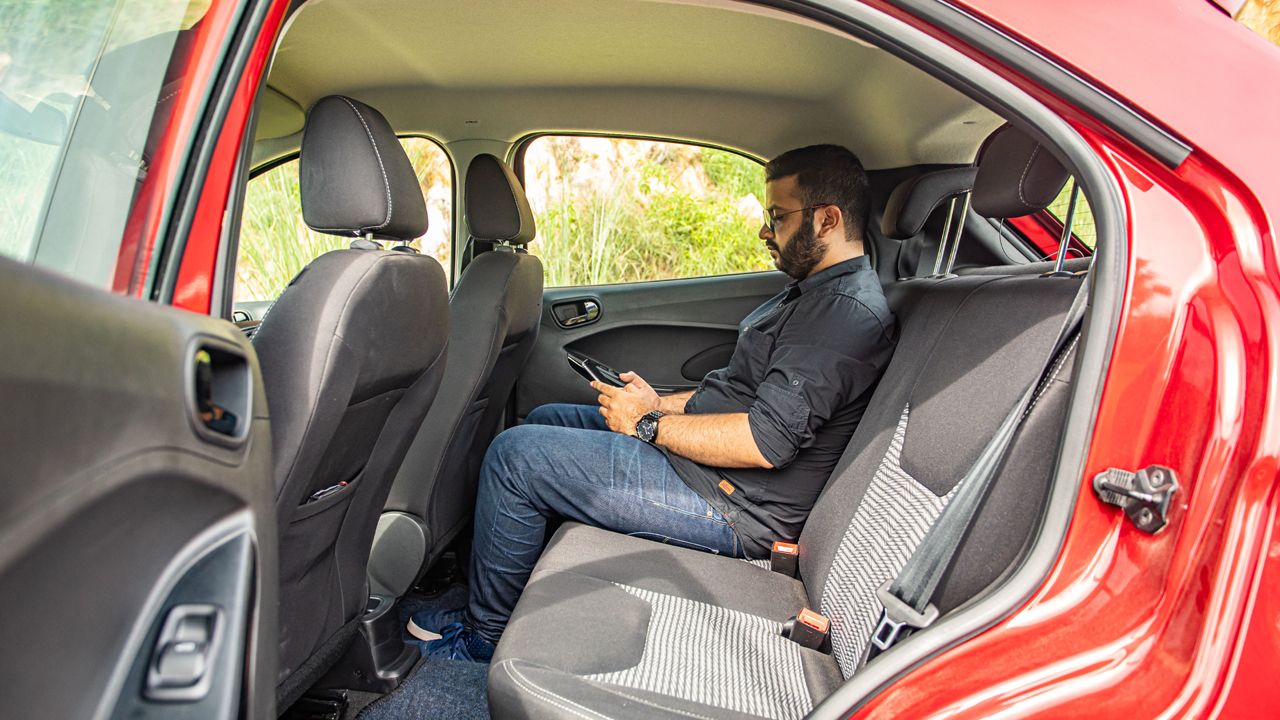 The seats of the Figo are perhaps the second ace it has up its sleeve – that’s because they play a very big role in ensuring the car’s stellar ride quality. The front seats could have been better contoured – they’re not very body-hugging but in terms of cushioning, they’re spot on; this goes for both the front seats as well as the rear bench.

Therefore, the overall ride quality of the Figo AT is impressive and was beyond my expectations, to the extent that it even overshadowed the torque converter and its Sports Mode. 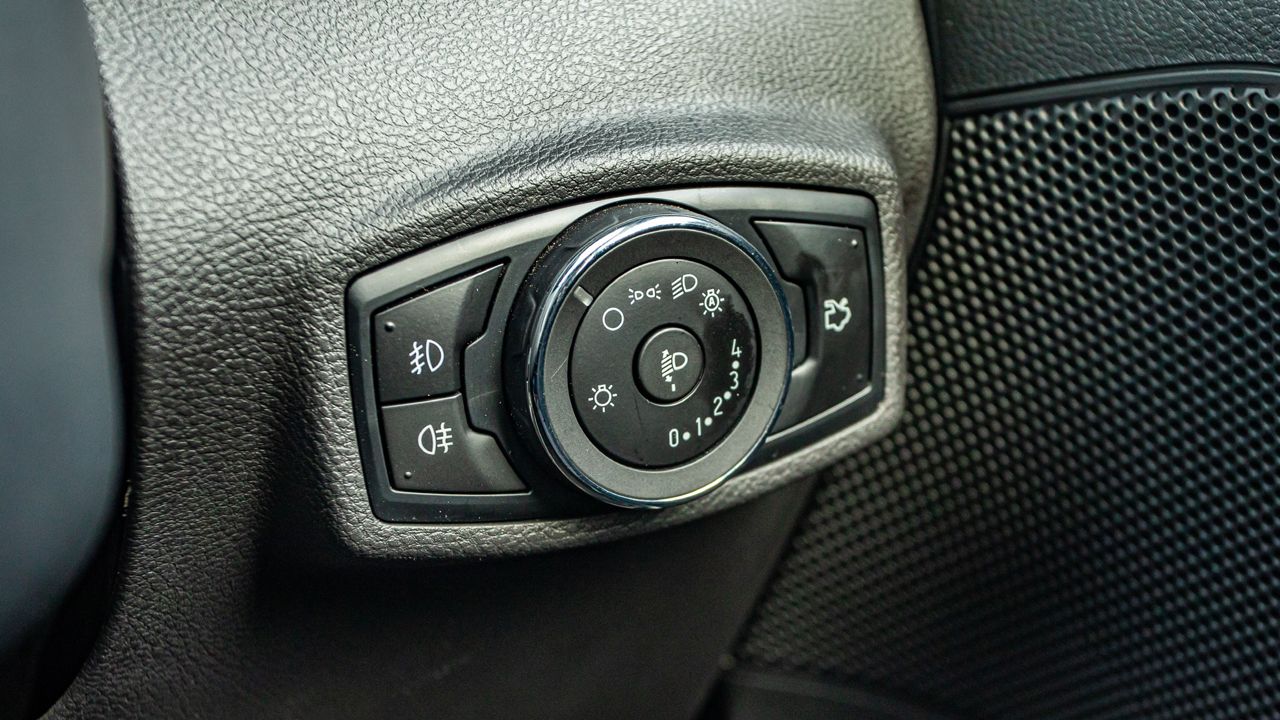 So far, the Figo AT has more or less ticked all the right boxes. But a slightly more critical analysis did unearth a few chinks in its armour. For example, some of the plastics used in the cabin could do with better quality, although I must mention that the build quality is still pretty good and the car feels like it’s put together well. Other than that, the trip information display could use a bigger display for better clarity and the infotainment touchscreen is not set in a driver-biased direction. Therefore, operating it while driving becomes a bit too distracting due to its dead-straight positioning. The rear-view camera’s resolution and clarity also need to be stepped up a notch. 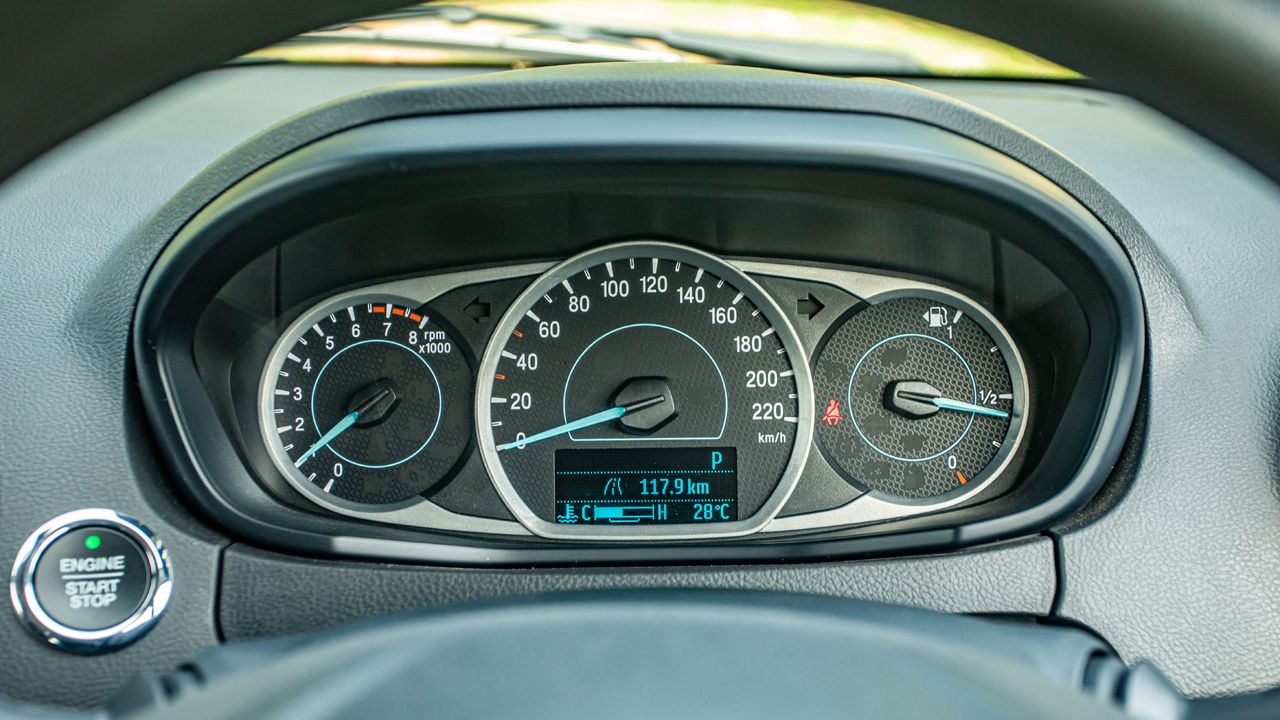 In the end, it all comes down to how you want to use the car. If you’re the kind of driver who likes a punchy motor, then I’m afraid the Figo AT is not the right choice for you. However, if you’re on the lookout for a petrol automatic hatchback that’s very comfortable to drive and offers a good engine-gearbox combination, then I think the Figo AT should definitely be in your consideration.

On the price front, here’s the dope. The top-spec Figo AT Titanium+ will set you back ₹8.20 lakh. For this comparison, let’s consider top variants of the aforementioned key rivals – the Grand i10 NIOS Asta AMT is priced at ₹7.86 lakh while the Suzuki Swift ZXI+ AMT will cost you ₹8.42 lakh (all figures are ex-showroom). So, the Figo’s pricing seems fairly competitive.

However, in my opinion, Ford could have made the pricing a bit more competitive (read: more affordable) for two major reasons: A) There are some important features, like Android Auto and Apple CarPlay connectivity, missing even on the top-spec Figo and B) Apart from the new 15-inch alloys, there’s nothing new & exciting on offer as far as the exterior is concerned. Thus, the car looks a bit dated and bland.

Irrespective of this though, you can’t really go wrong with the Figo…