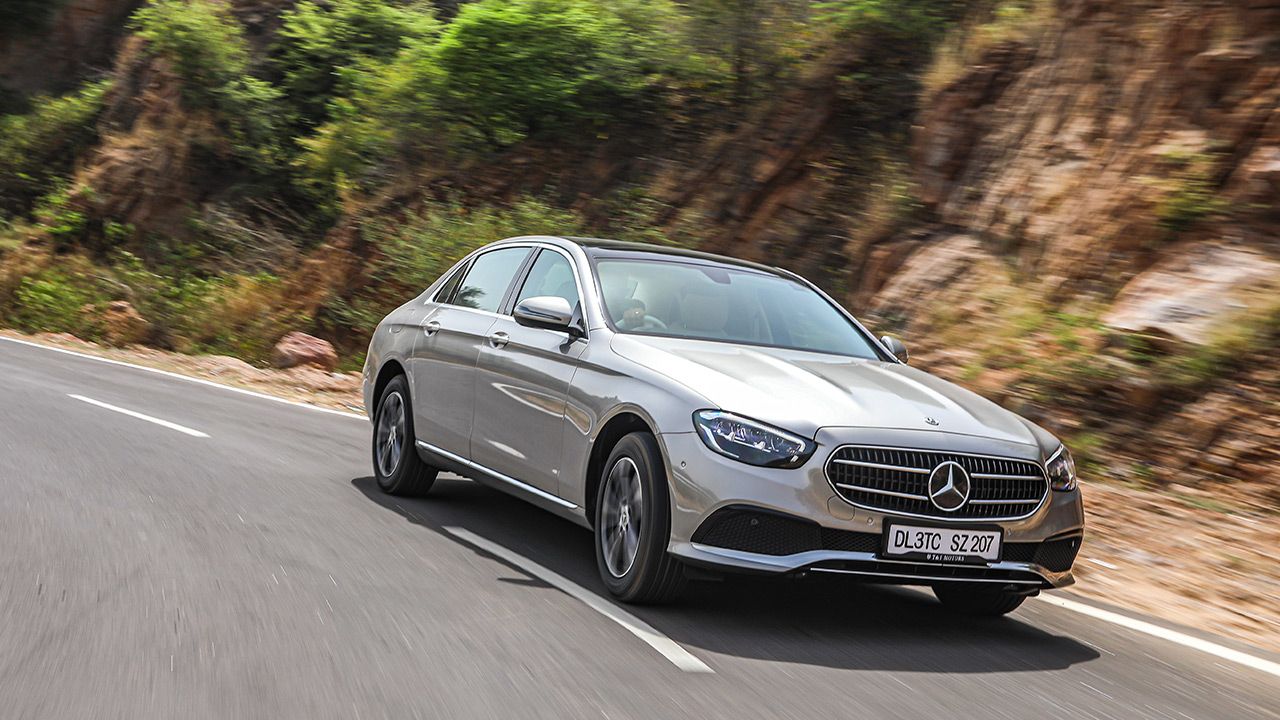 The E-Class LWB is the most important car for Mercedes-Benz in India, which is why it's gotten a much-needed facelift.

Back in 1995 Mercedes-Benz – the world’s most popular luxury carmaker – made its entry into the Indian market. Their first product in the country was the W124, which was the first Mercedes model to be christened the E Class. Since then, Mercedes-Benz has sold 46,000 units of the E-Class in India up until today, which is more than 50% of all Mercedes-Benz cars sold in India.

Globally, the E-Class is also the German manufacturer’s best-selling car and it’s sold more than 13 million units of the car. Because the E-Class is the best-selling luxury sedan in India, the first-ever RHD LWB E-Class in the world was launched in the country. We got our hands on the new facelifted version of the fifth-generation E-Class, which was just launched in India. With a few minor updates and new features, Mercedes-Benz is hoping the E-Class will become even more lust-worthy. We find out if it is!

Now, there are essentially three variants of the E-Class in India. There is the E200 petrol model, the E220d model, and the top-spec E350d AMG line. We got our hands on the E200 petrol in top-spec. The E200 gets a new front grille and a new power dome hood to make the car look a bit more sporty. The styling of the grille looks similar to what we saw on the A-Class Limousine. The Headlights have also been reworked and now get a single LED DRL strip along with the new projector headlamps. The bumpers on the front and the rear are also moulded differently. 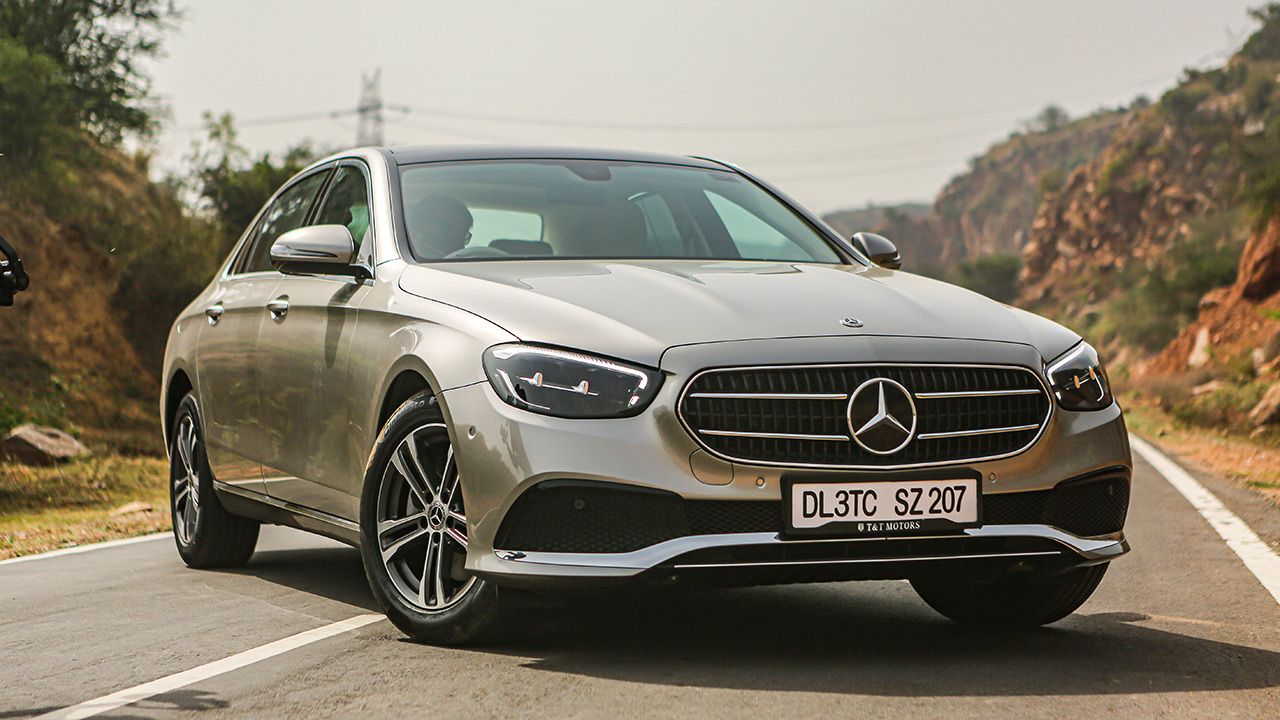 The car still looks much the same though, but these little changes to add some flair to the design. It is a good-looking car for sure, but in my opinion, it’s not the best design in its segment. The Volvo S90 looks a bit more elegant and has a better stance on the road. For an even sportier-looking E-Class, the top-end E350d gets the AMG line design and that gives it an aggressive sporty touch over the other variants.

Inside the cabin, you can expect the highest quality of components and the most luxurious and plush setting. I’m a huge fan of Mercedes’ interior design layout. Everything is sensational and you feel very relaxed in this opulent luxury sedan. Because it’s an LWB variant and is over 5- metres in length there is ample room for rear passengers. The seats are very comfortable and you can even recline them to put yourself to sleep. There is also a new rear-centre console, which can also be removed. Essentially, it is an Android tablet that allows the rear occupants to have total control of the car's functions and features such as lighting, air-conditioning or audio controls. 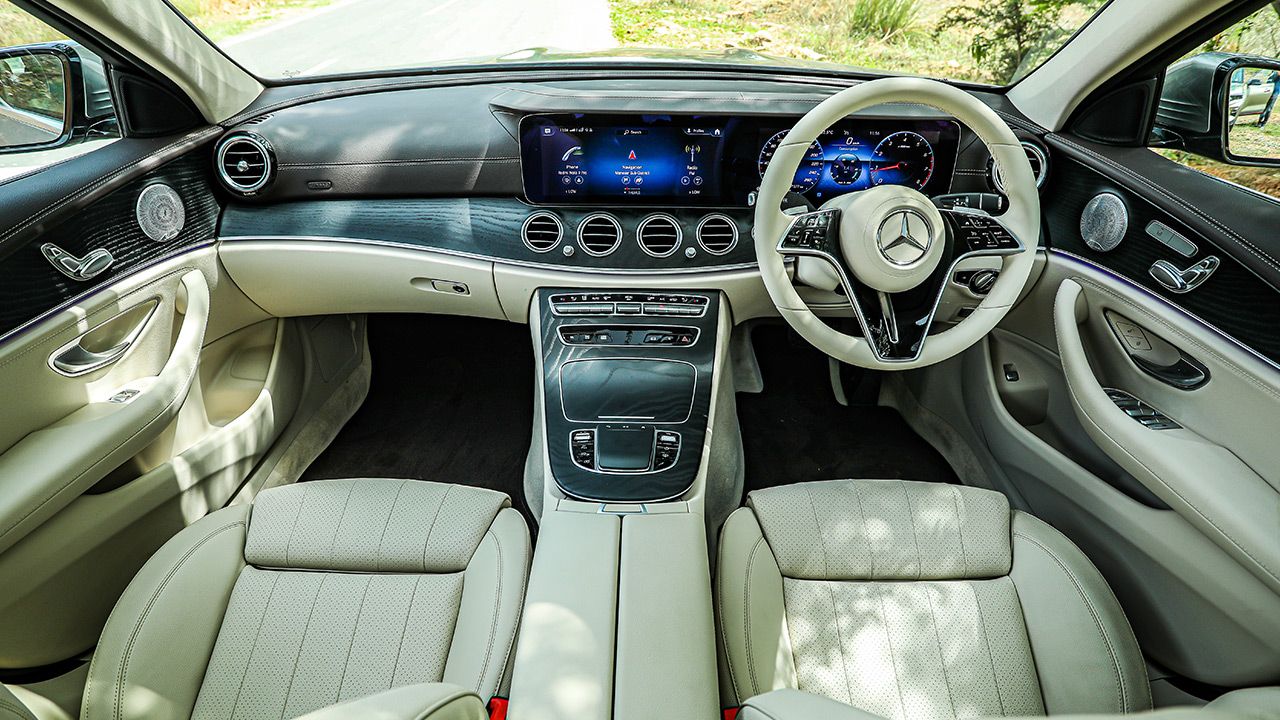 The rear seat is where the majority of E-Class owners will be sitting in the car as they prefer to be chauffeured around town. If you do decide to get into the driver’s seat though you will then notice the two new 12.3-inch screens. One is the fully digital and touch screen centre display and the other is the fully digital instrument cluster that can be customised to your liking. There is also a new steering wheel that looks and feels great, and it also comes with capacitive touch controls.  The dashboard layout is the same as before but the centre console and toggle switches have been redesigned.

The same three engine options available with the same output, and we were driving the E200, which is the petrol model. The 2.0-litre four-cylinder petrol engine pushes out 194bhp and 320Nm of torque and is mated the same 9-speed transmission. The engine certainly is a refined unit and offers a beautiful delivery of linear power. However, it is not the most exhilarating engine. Throttle responsiveness is just a tad bit slow, but what works very well is the transmission. Gear changes are on point and precise. I didn't even use the paddle shifters because the transmission knows exactly when to shift and this makes the riding experience very comfortable. The BMW 5 Series is a much better driver’s car, and that goes across all engine options. 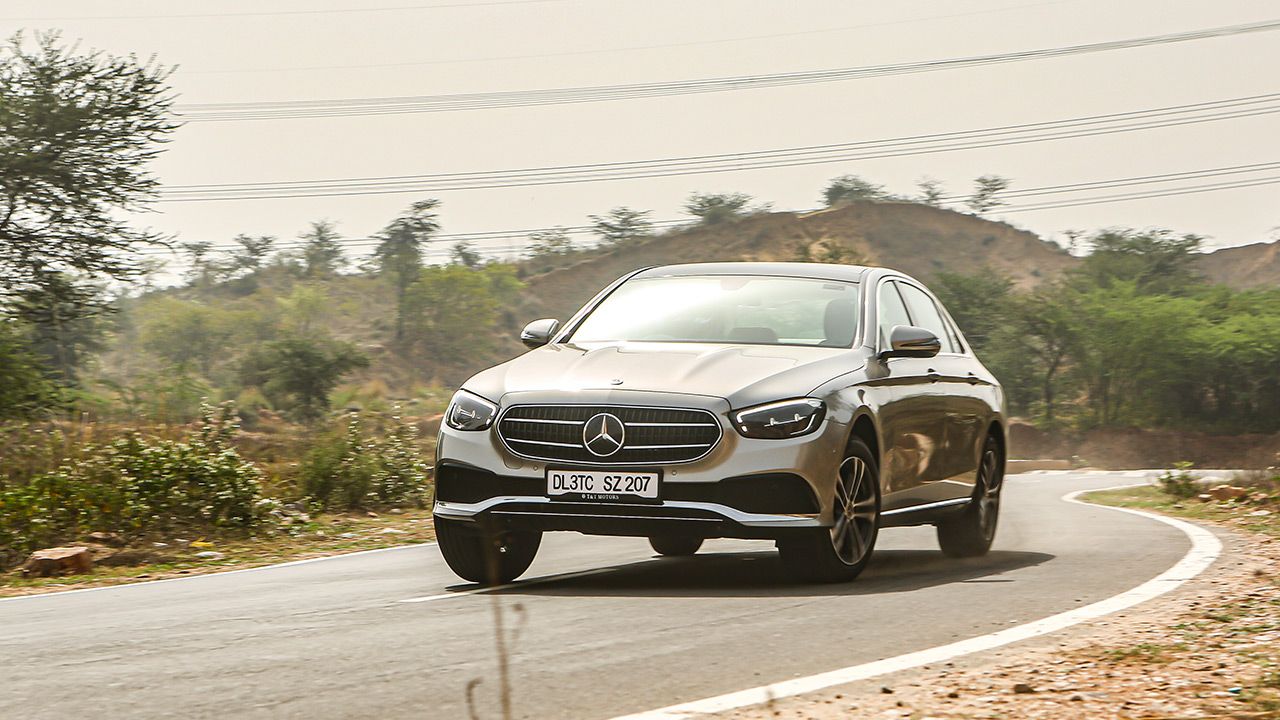 The E350d does get much more power and air-suspension as well, but I think the overall driving dynamics of the E-Class are outmatched to the 5 Series. There are different driving modes you can choose from, but even when in the Sport + mode, the steering doesn’t have the best feedback and the long chassis of the E also doesn’t provide you that rock-solid stability you find in the 5.

The E200 does not get air-suspension so it’s a standard setup. It definitely offers a smooth and pliant ride on good surfaces, and it also irons out speed breakers as well. On some bad patches of the road though, you can feel slight bumps in the cabin, but it’s not intruding enough to disrupt the overall pleasant ride experience. The setup is on the smoother side and it offers a beautiful ride on highways or nice city roads. The E-Class excels at making sure all occupants feel comfortable and relaxed at all times.

The design changes and feature updates have come at a marginal price hike – the E-Class LWB facelift now starts at Rs 63.66 lakh as opposed to Rs 62.83 lakh of the pre-facelift model. The top trim E 350d has been priced at Rs 80.9 lakh, which is just Rs 1.2 lakh over the pre-facelift model. But, that’s not something that will sway current customers away from updating to the new model. Compared to the competition, the Volvo S90 might be the most affordable, the BMW 5 Series might appeal to a slightly younger audience, and the Audi A6 might be feature-laden. But, the Mercedes-Benz E-Class is the perfect package and the most alluring mid-sized luxury sedan in the world. It sets the benchmark in terms of interior comfort, quality and luxury.  That’s why, even though the world is currently fixated with the SUV craze, the E-Class is still selling in great numbers.