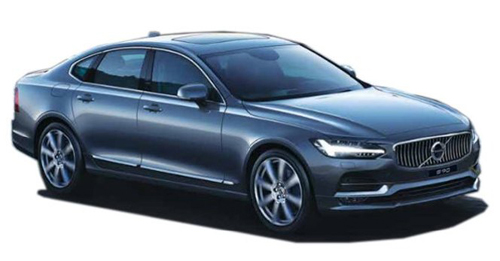 The 2016 Volvo S90 has nothing in common with the previous-generation S80, although it does replace it. Also, the S90 is based on the SPA architecture and happens to have a lot of components shared with the XC90 SUV, while the design language on both cars is similar as well. While its German rivals may have a blend of sportiness and luxury, the S90 focuses primarily on comfort and of course, let's not forget, safety as well. The S90 is the second modern Volvo launched after the takeover by Chinese car producer - Geely, and with most car buyers comfortable in the back seat, the S90 is sure to have an impact on the luxury sedan segment, given the Volvo S90 price.

The Volvo S90 new model is a properly elegant luxury sedan, viewed from any angle. Up-front, it gets a huge chrome, a multiple-bar grille that looks quite classy and is flanked by sleek headlamps also sporting the signature 'Thor hammer' LED DRLs. The long bonnet has creases on either side, while the side profile is rather simple. The tidy lines and subtle panels are perfectly fitting for a car in this segment. Even the 18-inch wheels look quite sporty. However, what stands out, is that sloping roofline towards the rear. Viewed from the rear, the S90 looks nothing short of distinctive, with those massive C-shaped tail lamps and the sharp character line on the boot. The shapely rear bumper and dual exhausts look cool as well.

Inside the cabin, the S90 shares quite a couple of design elements with the XC90. Also, it is built on the same wheelbase, because of which, there is ample legroom. The quality of plastics and leather is top-notch, and there's genuine wood across the dashboard. Those vertical chrome vents get chrome-finished controls, and the knurled metal start-stop knob looks great. The 9.0-inch infotainment screen sits bang in the middle. You can control varied functions, like the aircon blower, etc. Everything around feels solidly built. The wide seats at the front provide good comfort and come with adjustable thigh support. There's never a shortage of legroom at the rear, but the seatback is a little too upright. Boot space is very impressive at 500-litres, and it can be opened up by waving your foot beneath the rear bumper of the car.

The Volvo S90 is powered by a 2.0-litre, diesel engine that makes 190bhp and 400Nm of torque, paired to an 8-speed automatic gearbox. At idle, the motor sounds quiet, even when you pick up the pace. Performance is brisk, with 0-100kph coming up in 8.58 seconds. However, if you push it hard, then the engine does tend to get coarse. The suspension does a swell job at soaking in the bumps, and while Dynamic mode keeps the ride quality just about right, Comfort mode results in the occupant being tossed about a little in the cabin. The S90 is also stable at high speeds, even around corners - thanks to the rear air springs. The S90 is also a very easy car to drive in city conditions, despite its heft. The Volvo S90 on-road price is perfectly at par with the entry-level diesel variants of the competition. 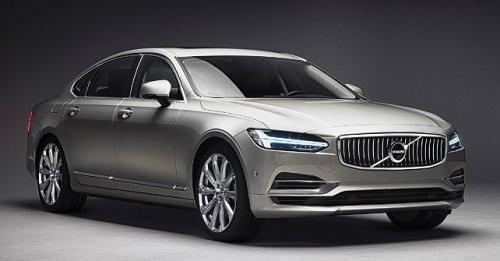 The S90 Ambience Concept is created primarily for the Chinese market and provides a contrast to the country’s hectic city environments. Volvo Cars has revealed the S90 Ambience, a sensory.... 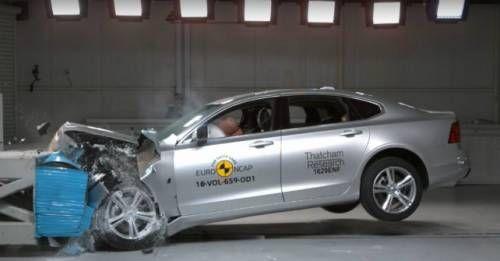 Over the years, Volvo has gained the reputation of building the safest cars in the world. The Swedish car maker’s latest entrant, the S90 sedan and the V90 estate, were recently put through a.... 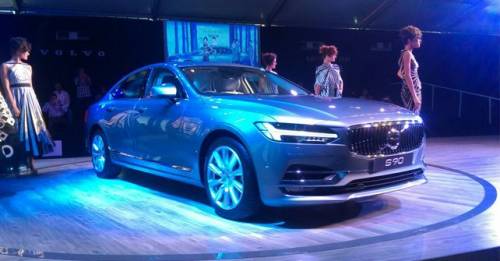 Only on sale in the top-spec Inscription model, the Volvo S90 has been priced at Rs 53.5 lakh (ex-showroom Mumbai, without octroi). After a.... 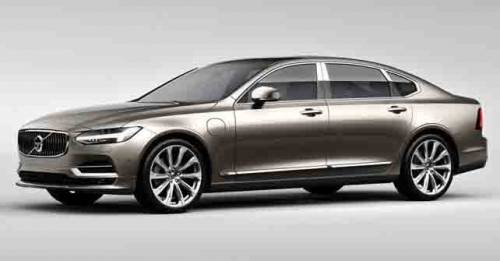 Considering the Chinese customers’ demand for long and luxurious cars, Volvo has revealed two new variants of the S90 saloon – S90 L and S90 Excellence. Like their names suggest, the former is a....

What is the current on-road price of Volvo S90?

Currently, the Volvo S90 is priced at Rs. 58.9 Lakh for the base D4 Inscription trim.

What is the price of the top variant of Volvo S90?

Which year did Volvo introduce the S90 in India?

What are the top competitors of Volvo S90?

The Volvo S90 goes up against the BMW X4 and Mercedes-Benz E-Class [2021] in the Indian market.

Volvo S90 Price in Nearby Cities