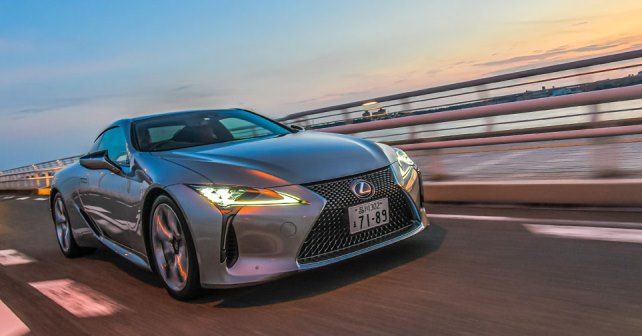 Lexus is known for ultra-refined luxury cars, but their latest flagship – the LC, or ‘Luxury Coupé’ – aims to give the brand a sharper edge. Watch out for its entry into the Indian market in early 2020.

In 1989, Toyota launched the Lexus brand in the US to take on the might of the German luxury brands. The LS, over the years, redefined levels of refinement, comfort and reliability in the luxury car world. On top of which, Lexus rewrote the rules when it came to the customer experience – both in the showroom, as well as in after-sales and service. The end result was that the Lexus brand went on to dethrone the Germans and become the number one luxury car brand in the US market.

But it wouldn’t be a stretch to say that the brand’s image was conservative, staid even. So, in 2010, Lexus broke the mould (again) by introducing one of the most unique and exciting supercars of all time – the LFA. The V10 in the LFA was so free-revving and maniacal that a traditional analogue rev counter simply couldn’t keep up with its ferocity and the pace with which it revved. So, they put in a digital tachometer instead.

Well, the LFA was a limited edition one-off. But the LC isn’t. While the LS goes toe-to-toe with the S-Class, the LC has the S-Coupé in its crosshairs. This svelte coupé is tasked with injecting a dose of sportiness into the Lexus range. It’s clearly inspired by the LFA – visually anyway. In fact, with that massive spindle grille in front, it looks even more aggressive than the LFA. But it also looks quite elegant at the same time. 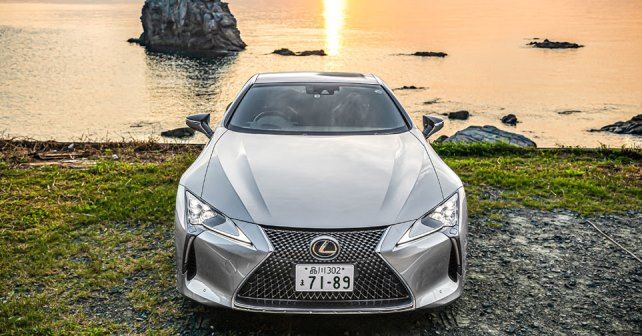 Most car designers try to liken their latest design to a crouching tiger, but this – with its wide haunches, low slung stance, and slim waist – really does have the proportions and grace of a big cat ready to pounce. And that famous Lexus attention to detail is visible everywhere – in the triple projector headlights in front, the sharp lines or the taillights that have a 3D effect that looks other-worldly. And this magic continues inside the cabin as well. Swathes of leather and Alcantara envelope the driver. The door panels are beautifully executed, with flowing lines of stitching that would be as appropriate on a designer garment as they are on these door pads – it’s just that kind
of cabin.

Luxury craft
You know this is a special machine the minute you get into the cabin. The driver is cocooned by the steering wheel, instrument cluster and centre console, which feels like they’ve been handcrafted around you. The instrument cluster, again, is LFA like – with a round digital rev counter that sits inside a ring. And when you change settings, the entire ring moves from one side of the cluster to the other based on the display that you’ve chosen. The knob to change the drive-modes is mounted on the side of the instrument cluster, so that you don’t have to take your eyes off the road when switching between Eco, Normal, Comfort, Custom, Sport and Sport-Plus. In Sport-Plus, the rev counter takes centre stage and the font grows more aggressive to let you know just how many revs you’re carrying. And when you get close to the redline, it switches from white to an angry orange to tell you that it’s time to change up via the steering-mounted paddles.

And there’s a lot of flapping of the paddles that you could do, with ten-speeds to play with. Now, when I first drove the LC in the US just after it was launched about a year-and-half ago, I was totally blown away by it. But that particular car was powered by an old-school 5.0-litre V8, which had an angry rumble. This one – the one that’ll be coming to India by early 2020 – has a slightly more complex, albeit not quite as visceral, drivetrain. 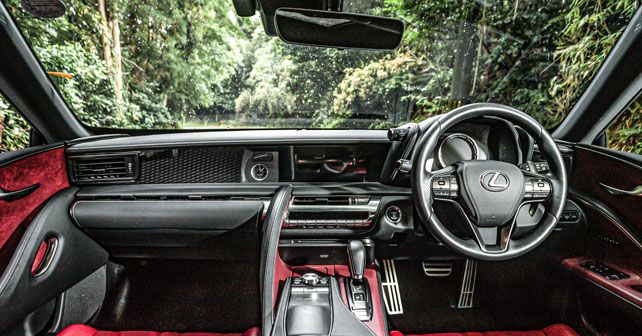 The LC 500h is powered by a 3.5-litre V6 mated to two electric motors and a lithium-ion battery pack. And, of course, no one does hybrid drivetrains better than Toyota. But they’ve put in that little extra bit of effort in this case to ensure that it’s as sporty as possible. And where they’ve worked the hardest is with the transmission.

A typical hybrid drivetrain works best with a Continuously Variable Transmission, but a CVT isn’t exactly sporty. It’s got an annoying rubber-band effect when you rev the engine that ruins the driving experience. So, the engineers spent sleepless nights devising a way to overcome this problem. The solution is a hybrid transmission that combines a CVT and a four-speed torque converter automatic that’s electronically divided into 10-speeds. If you’re struggling to grasp exactly how this was done, well, don’t worry because we spent two hours with the chief engineer of the LC – during which time he drew us diagrams and graphs – and we still didn’t quite get it.

But he asked us a simple question as we listened quizzically – was the transmission seamless in its operation? And the answer, quite simply, is yes! You don’t feel the shifts at all, leave alone being able to discern whether it’s the CVT shifting electronically or the torque convertor swapping cogs mechanically. And this is both the beauty and paradox of this machine. It puts its power down to the road via a very complicated drivetrain, which allows you to fly the green flag while racing to the orange glow of the redline, but from the point of view of sheer driving pleasure, it’s not quite as effective as the V8.

So, this is very much a machine for the evolved enthusiast. This is a car for someone who’s made it in life by being thoughtful and detail oriented. And, of course, aesthetically it’s stunning – especially with those 21-inch wheels. 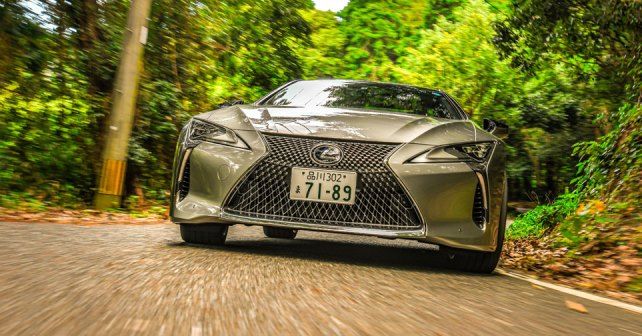 Poetry in motion
We’ll get the Sport variant in India, with the carbon fibre roof and active rear wing – and, of course, those 21-inch wheels that look like they’ve come straight off the Tokyo motor show stand. The LC really does look as though it’s been milled from a single piece of billet aluminium – especially in the Lexus shade of (liquid metal) silver. And it feels like it too from behind the steering wheel. Virtually, the entire monocoque is made from high-tensile steel, which makes it extremely rigid and stiff. Combine that with rear-wheel steering, and what you get is telepathic steering and handling – the entire car wraps itself around you in Sport – but it also means that Lexus can tone the ride down a notch in Comfort. So, it should actually be quite usable on our roads – although, you will have to be incredibly careful with those wheels!

But the real beauty of the LC lies in its ability to go from being a quiet, calm luxury coupé that’s kind to the environment to a screaming and invigorating sports coupé in the blink of an eye.

It goes without saying that this level of tech, luxury and performance won’t come cheap. It’ll certainly run you well north of a crore-and-a-half when it’s launched in India. And, at that price, it’ll face stiff competition from the likes of the S-Coupé, BMW 8 Series and Porsche 911. So, it may not be the obvious choice, but it is, possibly, the most evolved one. 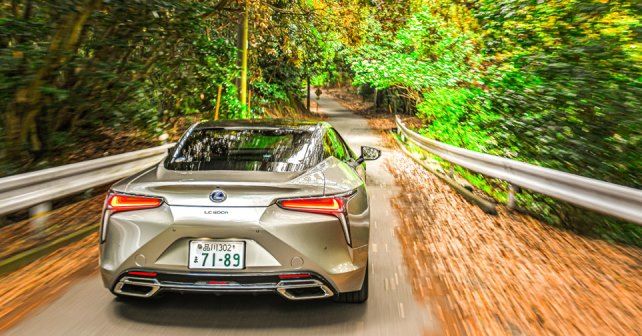 X-Factor: A luxury sports coupe that allows you to look good and go fast guilt-free.