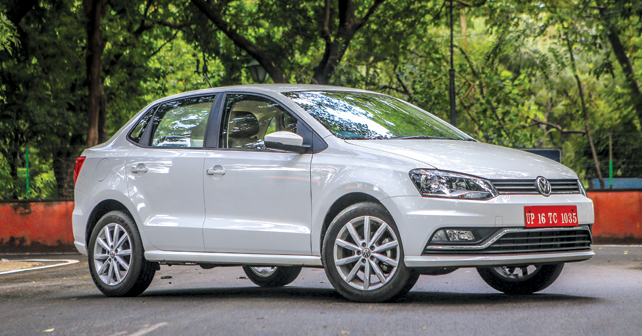 With petrol prices approaching the 90-rupee mark, VW’s Ameo gets a heart transplant – a smaller petrol engine that not only improves efficiency but also refinement. But what is it like from behind the wheel?

There seems to be no respite for the average Indian motorist. You can’t realistically buy an efficient diesel car anymore in the NCR – well, because the registration certificate of a diesel vehicle is only valid for 10 years. This means that your car’s resale value will only go one way – down, and fast! And if, like me, your daily commute adds around 100 kilometres to the odometer every day, then driving a petrol car is likely to burn a fairly large hole in your pocket.

But rising fuel costs are a problem worldwide, and so carmakers have spent decades investing in and researching downsized engines for better efficiency. So, it’s fair to say that we now live in an era of downsizing. 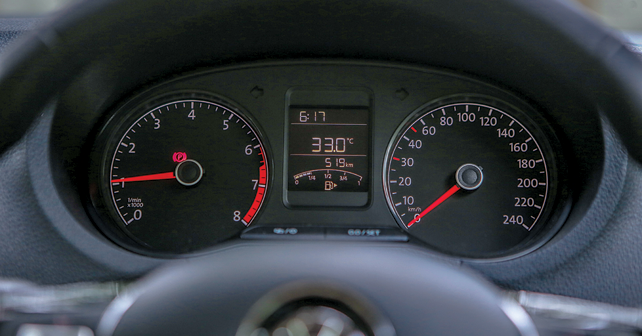 Following this trend, Volkswagen has recently introduced the first ever 1.0-litre compact sedan in India. Yup, VW’s Ameo compact sedan now comes with a 1.0 litre, three-cylinder petrol engine. To put that in perspective, the Ameo 1.2 petrol motor had an ARAI rated efficiency of 17.83km/l, whereas the new 1.0 litre Ameo petrol is rated at 19.44km/l. This also means that the Ameo is now closer to its bestselling rival – the Maruti Suzuki Dzire, which has a 1.2 litre petrol engine that’s rated at 22km/l. But, as we know, real-world fuel efficiency can be quite different from these stated figures.

So, I was really hopeful and excited to see what the new Ameo 1-litre has to offer. Could it be the beginning of a change for the segment itself? Well, let’s see...

Surprisingly refined
Twisting the key results in a surprisingly refined start – much more refined than the earlier 1.2-litre. Depress the clutch pedal, and you’re further delighted by its lightness – it’s literally as light as a feather, well… maybe not literally, but you get the idea. It seems that while designing it VW had one of our painfully long traffic jams in mind. Slotting the gear into first and driving off once again reveals just how smooth this powertrain is. NVH is very well contained, gear shifts are light and precise. And, overall, the Ameo is a car that you’re happy to be behind the wheel of.

But I’m afraid it’s not all roses and rainbows, for when I left the city and hit the highway to Gurgaon, a lot of the Ameo’s shortcomings became apparent. 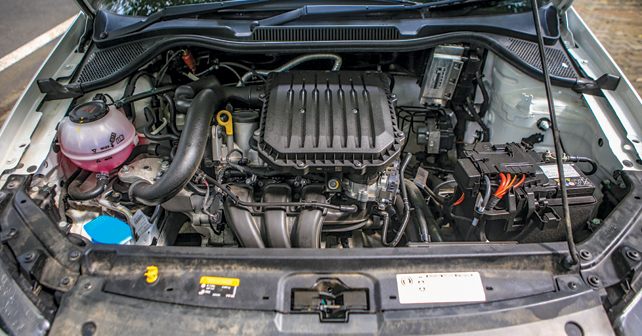 Needs more poke
It’s true that the engine, gearbox and clutch ensure the smooth performance of the Ameo 1.0-litre in city traffic, while, at the same time, making it light on your pocket. But if you demand anything more from this powertrain, you’d be grossly disappointed. And attempting a quick overtake on a single lane highway is solely the preserve of the very brave.

You see, the acceleration is linear and the pace is adequate up to 3,000rpm for normal urban driving conditions. But the moment you get on a highway, the 1.0-litre engine struggles as the speeds increase. While some of that thrummy three-cylinder engine note gets isolated higher up the rev range, and the engine note does get better, there’s little in terms of performance in the mid to high rpm range.

So, despite the fact that this new Ameo petrol has 1 more horsepower than the car it replaces, the lower 95Nm torque output of the smaller engine severely limits its performance on the highway. So, for a city runabout, the 1.0-litre mill is more than sufficient. But if your commute includes sustained periods of highway driving, you’ll be better off with something that has a little more poke. After all, if you’ve always got your foot to the floor, you can forget all about getting anywhere near those claimed efficiency figures anyway.