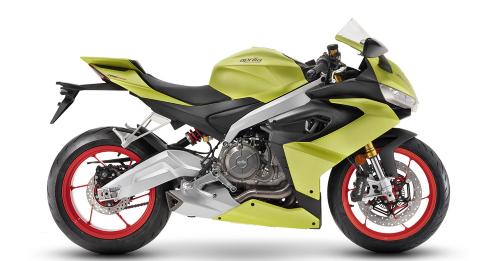 The Italian automaker Aprilia has finally launched its first middle-weight offering in India, the Aprilia RS 660. Inspired by their flagship, the RSV4, the Aprilia RS 660 in India is now open for booking. Although it gets a limited number of units, Aprilia says that more units will be imported further in the future as well. Coming in from the CBU route means that the Aprilia RS 660 has premium pricing even by Indian standards. But does it offer a compelling package, enough to help interested enthusiasts look beyond the price point? Read on to find out.

The Aprilia RS 660 is like a smaller RSV4 in the looks department. It gets the iconic curves, angles and aggressive looks reminiscent of most of Aprilia's flagship motorcycles. As inspired as it is by its older sibling, the RS 660 gets somewhat relaxed rider ergonomics compared to the RSV4. The bike gets sporty Aprilia colour schemes, and the iconic look is married with aggressive DRLs for an even more monstrous appearance.

The Aprilia RS 660 gets an all-new BS6 updated 659cc, parallel-twin engine. The new engine puts down 100PS of power at 10500rpm and 67Nm of peak torque at 8500rpm. This power is mated to a 6-speed manual transmission that gets a quick shifter as well. This new engine in the RS 660 is derived from the RSV4 platform and will feature in Aprilia's future middle-weight motorcycles. Additional to this, the RS 660 gets five riding modes. These riding modes are Commute, Individual, Dynamic, Challenge and Time Attack, out of which the latter two can be customised by the user for track use.

The RS 660 gets a dual-beam aluminium frame, and suspension duties are handled by a beefy 41mm Kayaba fork setup and rear monoshock. The suspension gets preload and rebound adjustability front and rear. Stopping power is supplied by twin 320mm discs on the front and a single 220mm disc on the rear, mated with Brembo callipers. Safety is supplied by a complete electronics package known as APRC (Aprilia Performance Ride Control) that includes rider aids such as traction control, engine brake control and cornering ABS.

This is where the Aprilia RS 660 justifies its price point. The middle-weight sports bike comes loaded with a rider aid suite and a horde of features that make the RS 660 friendly to fresher riders as well. The bike gets a 6-axis IMU that provides riders with cornering ABS, cornering lights and improved management of AWC (Aprilia Wheelie Control). The bike also gets wheelie control, adjustable engine braking control and cruise control. And if that's not enough, the motorcycle gets five riding modes out of which two are customisable. 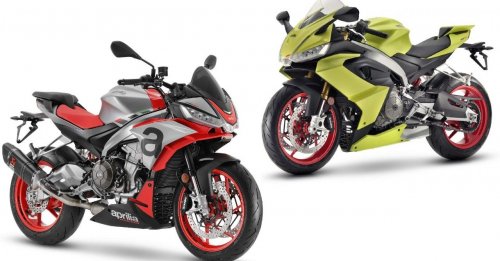 Last year, Aprilia showcased the concept of RS 660 at EICMA 2018. Over the last 12 months, Aprilia engineers have turned it into a reality as the production model is now ready and is going to make....

When did Aprilia introduce the RS 660 in India?

How many variants of the Aprilia RS 660 are currently on sale?

The Aprilia RS 660 is currently available in 1 variant.

Aprilia RS 660 Price in Near By Cities