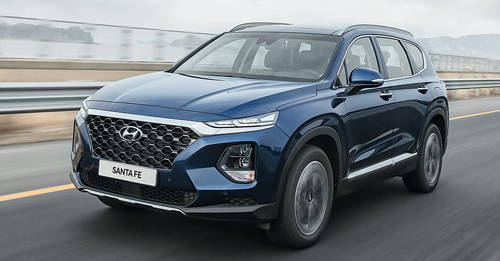 A month prior to the global debut of the new SantaFe, Hyundai took the wraps off the new-generation model. Hyundai’s flagship SUV draws its inspiration from the Kona and the Nexo SUVs. There is a large honeycomb grille up front with the italic ‘H’ posing right in the centre. Just like the Kona, this one too has sleek headlights on either side and a large bumper. Hyundai has successfully managed to give the SantaFe a tall and bullish shape typical of a full-sized SUV. The new SantaFe, however, looks best when viewed from the back.

Inside, the new SantaFe looks noticeably better built and premium. The dashboard is partly draped in leather, while the rest is made of soft-touch plastics. A large central infotainment screen dominates the dash and is accompanied by the climate control and other necessary buttons around it. But the biggest progress has been made in terms of safety. Apart from regular features like ABS and EBD Airbags, the new SantaFe now comes equipped with Rear Cross Traffic Collision, Safety Exit Assist System and more.

Under the hood, the SantaFe comes with three engine options – a 197bhp 2.2-litre diesel, a 2.0-litre diesel and a 2.0-litre turbo petrol. All three engines will come paired with an 8-speed transmission. The new SantaFe is likely to make its way to India in the first quarter of 2019. When launched, it will compete against the likes of the Ford Endeavour and the Toyota Fortuner. 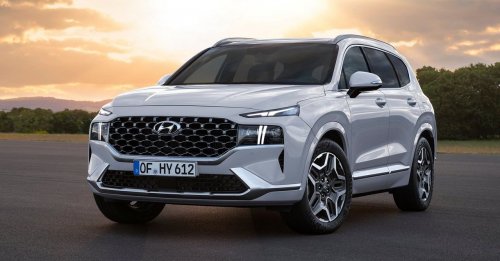 The 2021 Hyundai Santa Fe makes its global debut with a striking new design, hybrid and plug-in hybrid powertrains, and a thoroughly revamped interior. The fourth-gen Santa Fe will go on sale in.... 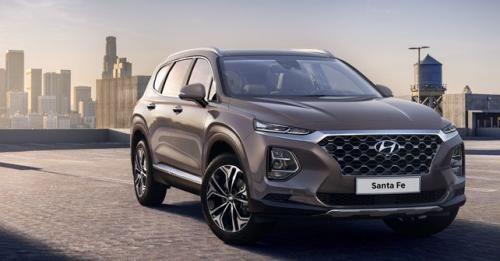 Hyundai officially reveals images and a few details of its next-generation Santa Fe ahead of its scheduled global debut in March at Geneva. After a couple of teasers, Hyundai has officially revealed.... 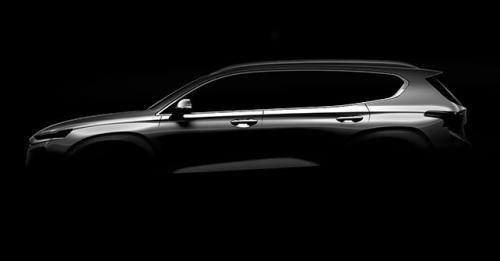 Hyundai debuted the first-generation Santa Fe SUV globally in 2001, whose production ceased in 2006. The second-generation model was introduced in 2007, which was launched in India in.... 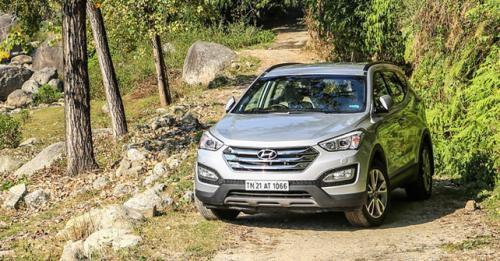 The Hyundai Santa Fe was introduced in India in 2011, with the present next generation model arriving in 2014. Hyundai’s efforts at cracking the Rs. 20 lakh+ segment in India have never proved to....