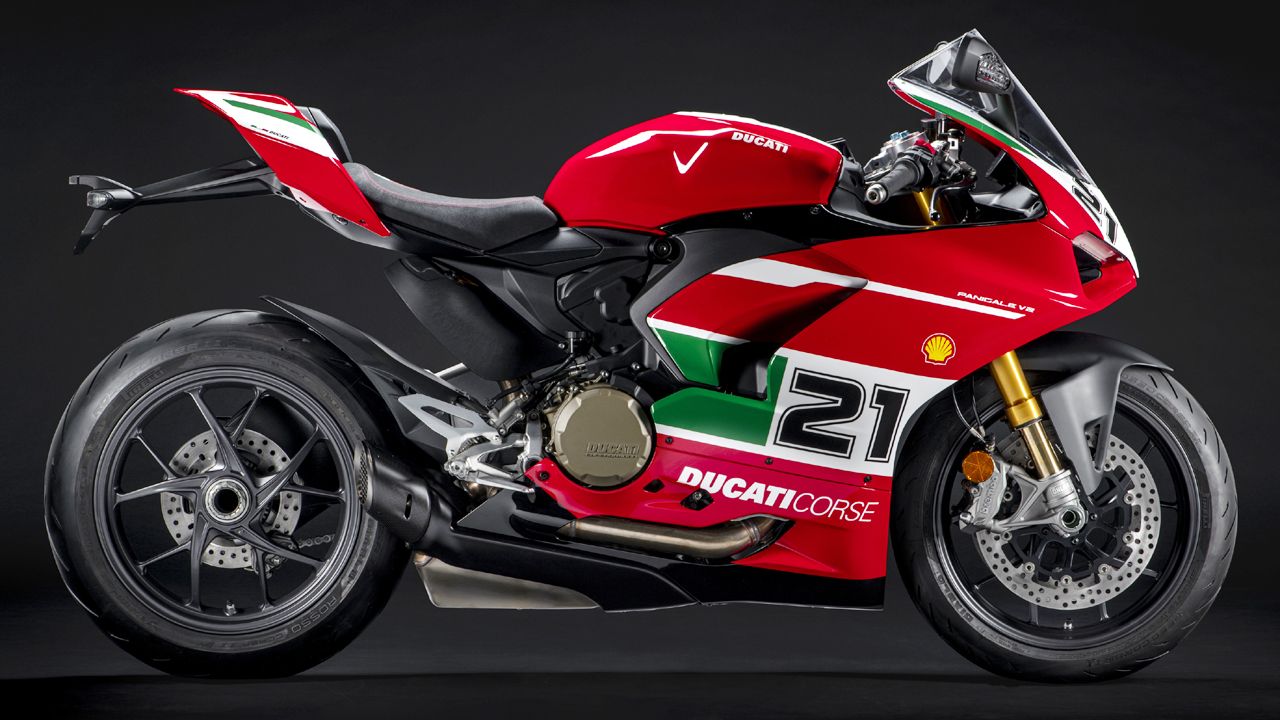 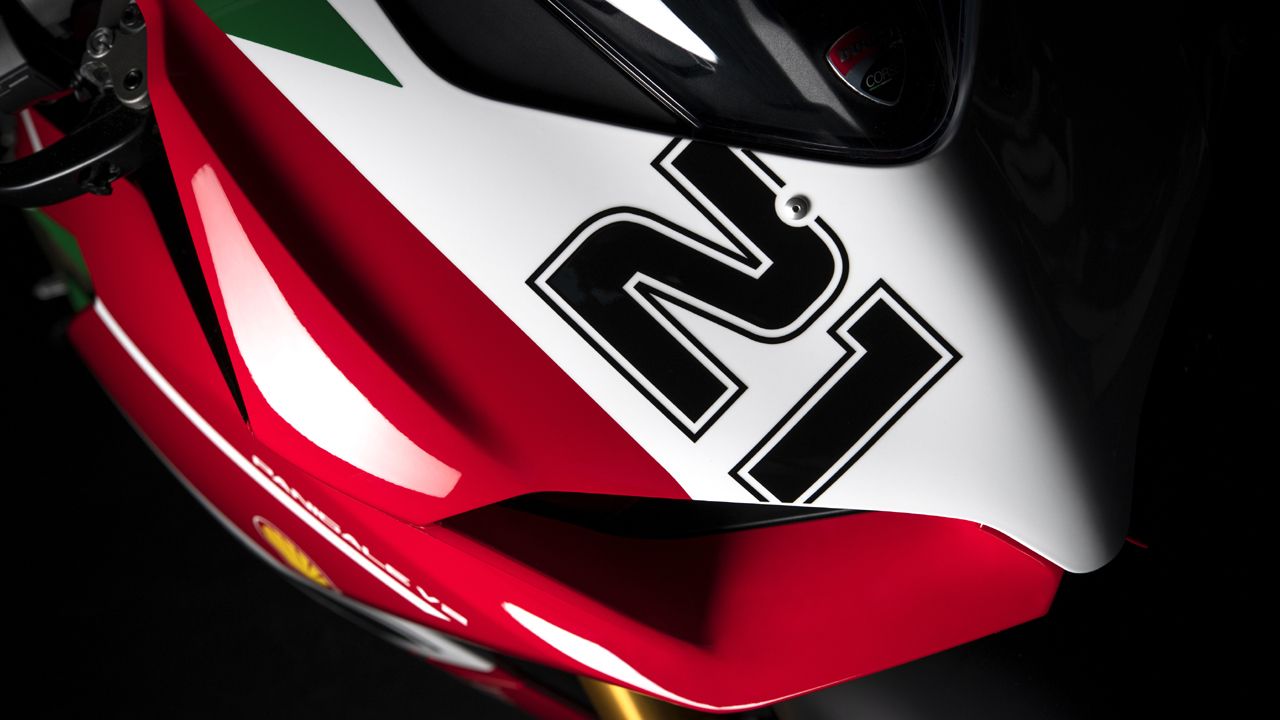 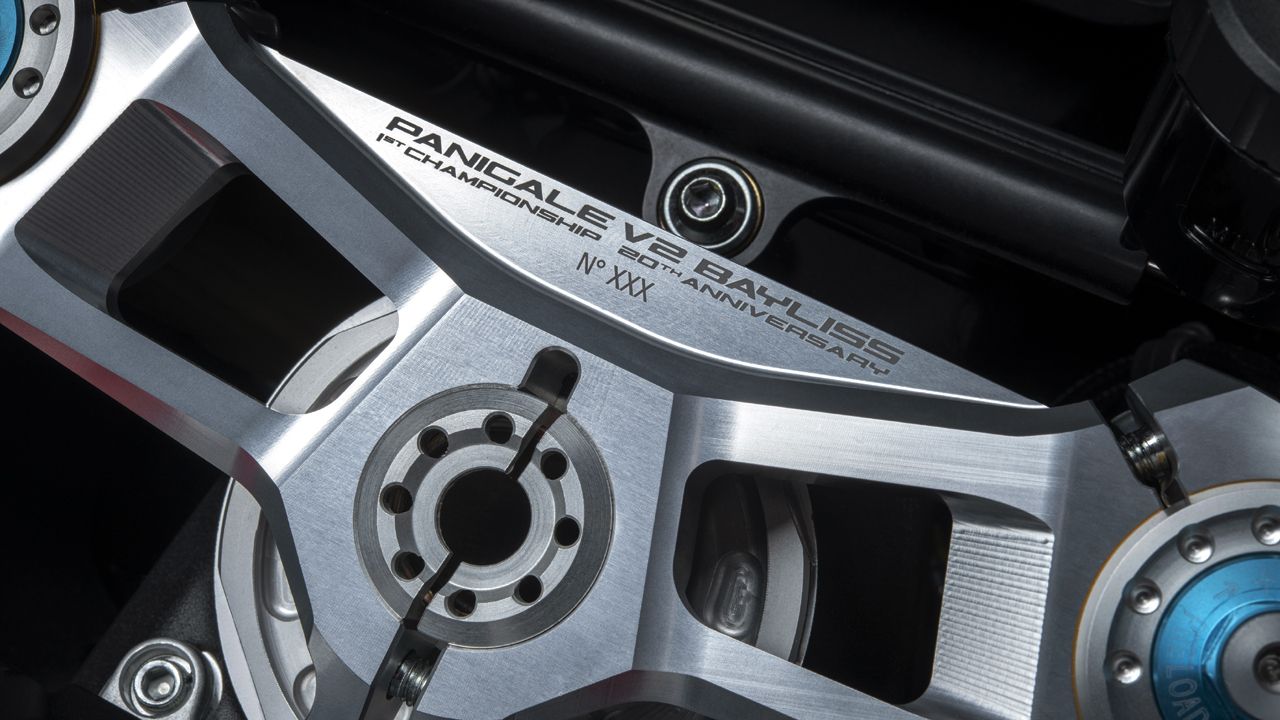 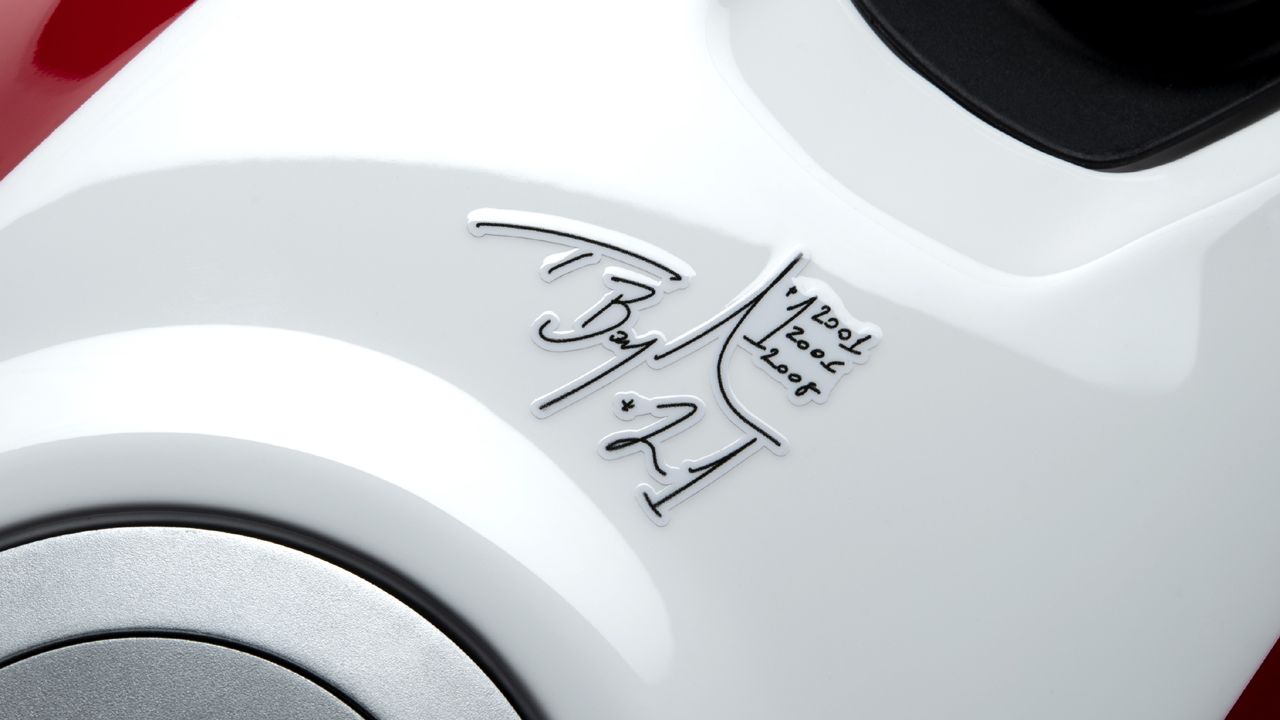 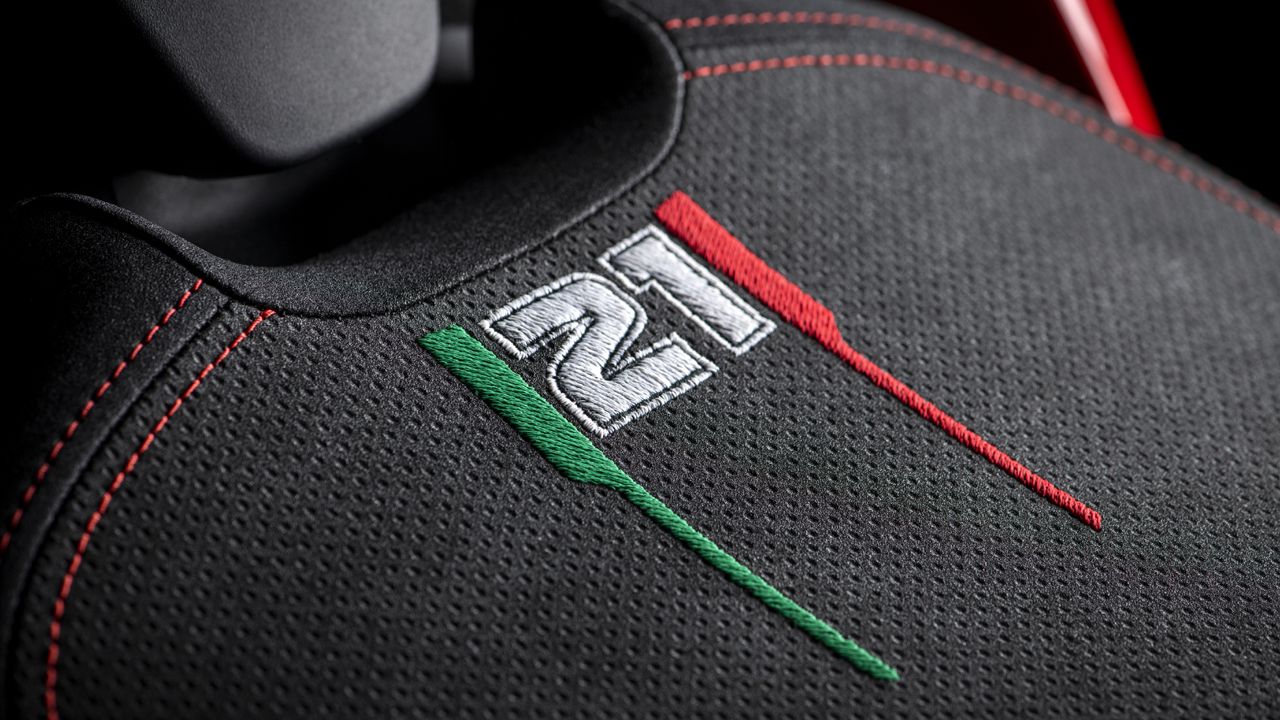 As the name suggests, Ducati has built this limited-edition Panigale V2 to commemorate the 20th anniversary of Ducati Corse's first-ever World Superbike (SBK) Championship title that was secured by the Australian rider Troy Bayliss back in 2001. The bike also pays homage to Bayliss' legendary racing career. Bayliss has under his belt an unprecedented 52 victories, 94 podiums, and three SBK world titles (2001, 2006, and 2008) with Ducati Corse alone. The three world titles were won with three different bikes: the twin-cylinder 996 R, the 999 R, and the 1098 R. 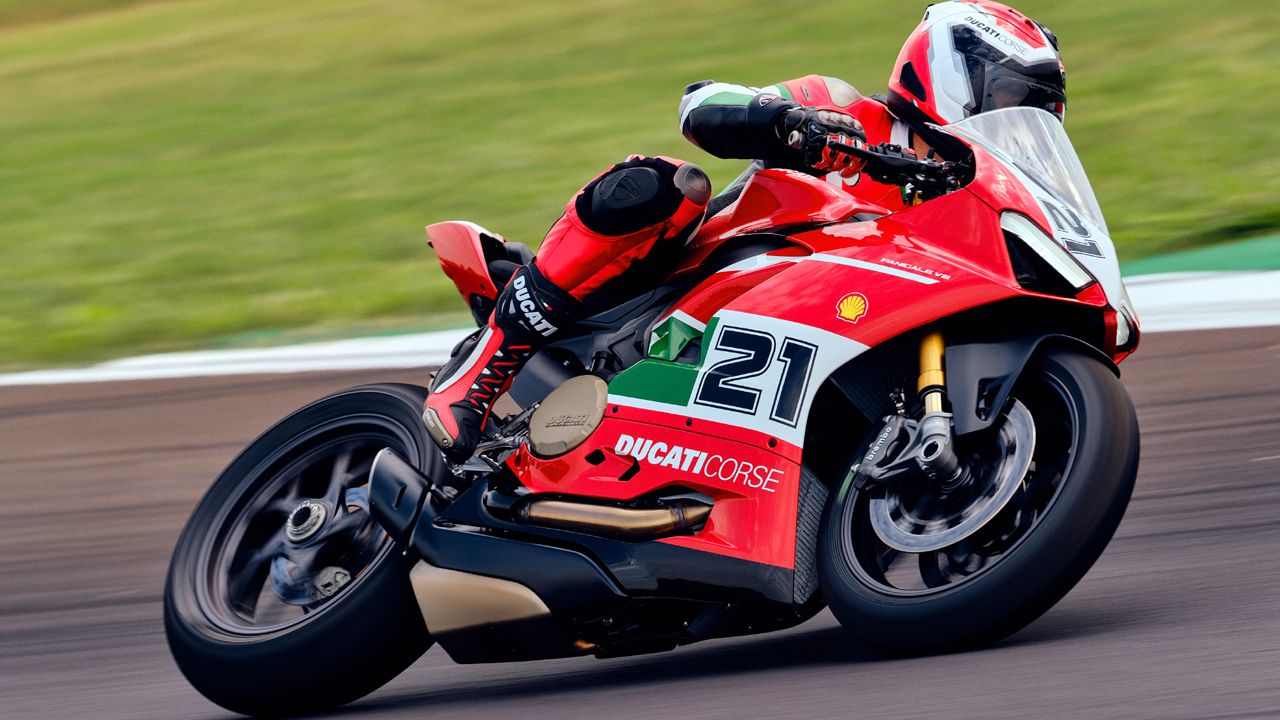 The 'Bayliss 1st Championship 20th Anniversary' version features a unique race livery, which is inspired by that of the 996 R. Using Ducati Red as the main base, the green and white graphics accentuate the Italian spirit of the Bologna-based marque, while the iconic '#21', Troy Bayliss' race number, and the Shell logo visually strengthen the link with the racing bike. Other touches that pay tribute to Bayliss include his autograph on the fuel tank, a '21' embroidery on the seat, and the billet aluminium triple clamp, which shows the name of the bike and the progressive numbering of the model. 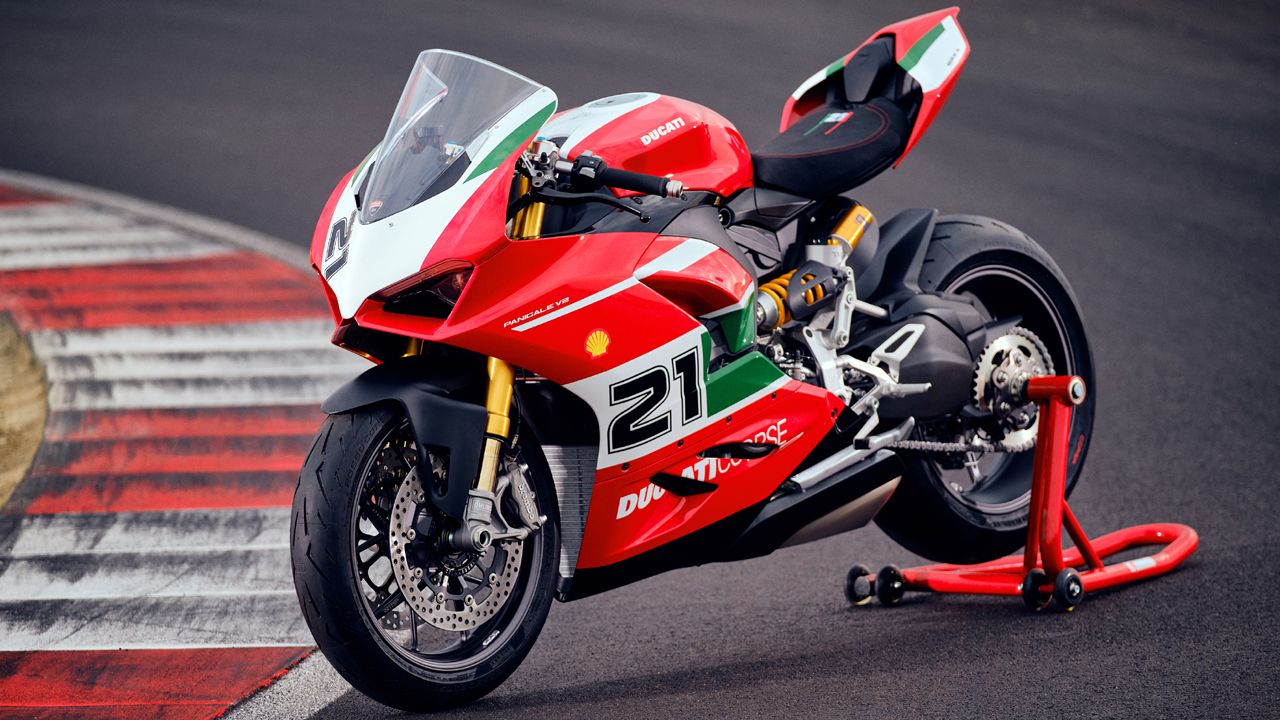 On the mechanical front, to enhance its effectiveness on track, the 'Bayliss 1st Championship 20th Anniversary' version has been kitted with Öhlins components, such as the NX30 front fork and a TTX36 rear shock absorber. An adjustable steering damper allows further calibration changes to ensure that the bike's handling remains in sync with an individual's riding style. Plus, the use of a lithium-ion battery and single-seater configuration has resulted in it being 3kgs lighter than the standard Panigale V2.

The equipment list is completed by sport grips, a silencer outlet cover finished in carbon fibre and titanium, and self-cleaning brake and clutch pumps, fitted with smoke grey oil tanks. 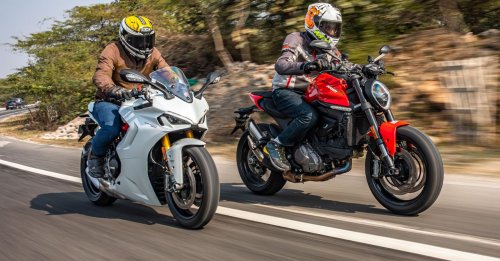