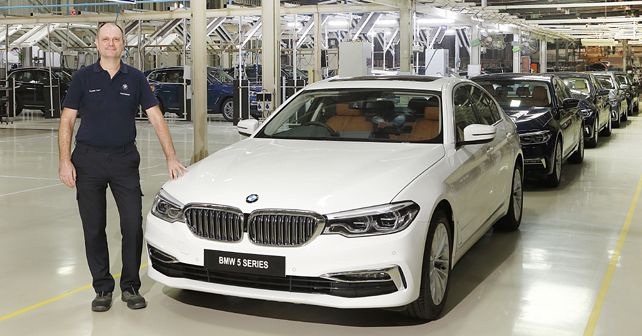 To start with, BMW India has begun assembling BS-VI diesel variants of its 5 Series sedan and the 6 Series Gran Turismo (GT).

In April 2018, BMW India became one of only a few premium carmakers in the country to offer an entire range of BS-VI compliant petrol motors. Now though, with the final BS-VI implementation deadline of 1st April 2020 closer than ever before, the company has officially started local production of BS-VI compliant diesel variants at its Chennai facility. The move, as per BMW India, comes ahead of their timeline. To start the BS-VI diesel chapter, BMW India has started assembling the corresponding variants of its 5 Series sedan and the 6 Series Gran Turismo (GT). In the SUV line-up, the X1 is likely to be the first model to get the BS-VI diesel treatment.

Sharing his thoughts on the occasion, Mr Rudratej Singh, President & Chief Executive Officer - BMW Group India said, '2019 has been exciting for us as our new product portfolio has triggered remarkable traction in the luxury car market. Early start of BS-VI production is a strategic call we are taking to meet the unprecedented demand for our new products. Today, BMW India customers have the choice of buying a BS-VI car across the entire product portfolio. The present BMW range is extremely attractive because of its unique position with the latest products, the newest technology as well as superbly attractive ownership packages on limited stocks of BS-IV variants.'

As stated by Mr Singh above, BMW India now has on sale both BS-IV & BS-VI versions of its new models. To clear the former lot, the BS-IV models are up for grabs with lucrative discounts & financial offers. Further, the company has also stated that 'Beginning next year, BMW India will increase prices of BS-VI models by up to 6 per cent.' Therefore, buying a BS-VI BMW model within this year can also save you some bucks.