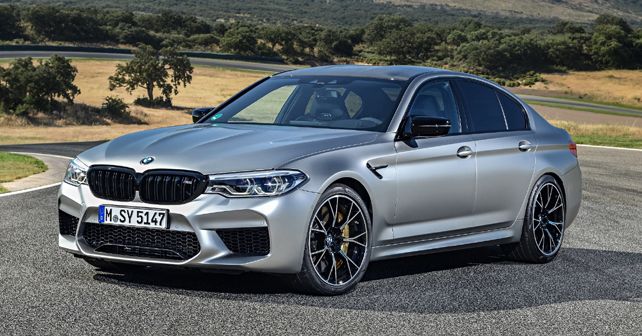 What happens when you add more firepower & a further stiffened chassis to an M5? Answer – the fire-breathing 617bhp M5 Competition!

If you belong to that rare group of individuals who think the standard M5 'lacks' power, not to worry as BMW has heard your prayers. To take care of this concern, BMW India has officially launched the sportiest/wildest iteration of the M5 in the country – the M5 Competition – at ₹ 1.55 crore (Ex-showroom). Available strictly as a CBU, order books for the M5 Competition are open across all BMW dealerships in India starting today. 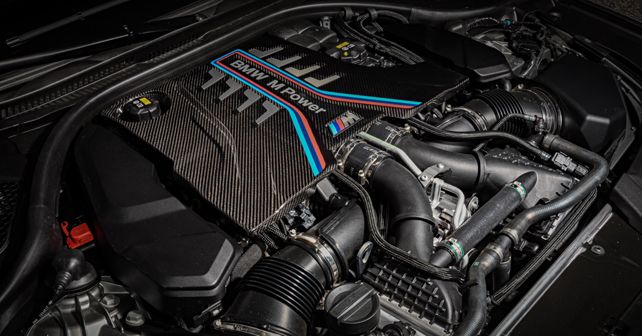 The M5 Competition continues to be powered the same 4.4-litre M TwinPower Turbo V8 as the standard model. However, BMW engineers have been able to extract an additional 25bhp from the motor, taking the peak power output of the M5 Competition to a colossal 617bhp. The torque, at 750Nm, remains unchanged though but the power band has been widened by another 200rpm over the standard car. The power is sent to all four wheels via an 8-Speed M Steptronic automatic transmission and if done right, the M5 Competition will reach 100km/h from standstill in 3.3 seconds, about a tenth quicker than the standard M5. However, stay on the power beyond this point & it'll reach 200km/h 0.3 seconds quicker! Some other mechanical updates include some chassis tweaks, most of which pertain to stiffening of the standard M-specific suspension parts to cope with the extra power & lowering of the ride height by 7mm. 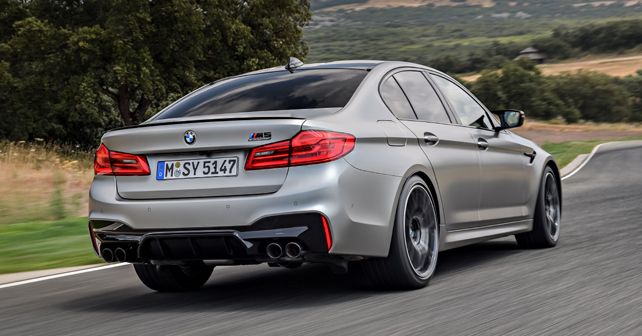 To differentiate the car visually, the M5 Competition comes with gloss-black treatment on the front grille, mirror casings, side air vents & the M rear spoiler (along with the rear apron). Another significant visual distinction comes in the form of new, 20-inch Y-spoke M light alloy wheels. 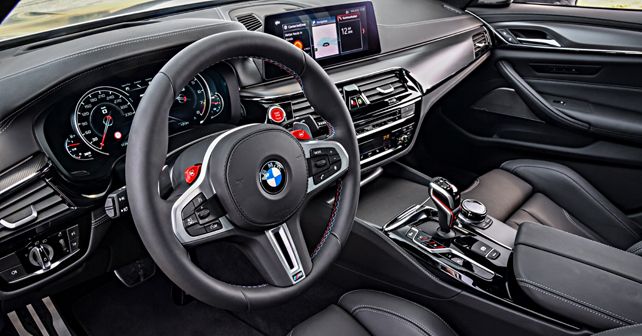 Sharing his thoughts on the latest launch, Mr Rudratej Singh, President & Chief Operating Officer of BMW Group India said, 'The M Division from BMW has always catered to the highest aspirations and imagination of our performance-oriented customers. Those who seek the rush of racetrack adrenaline in daily life don’t look beyond the BMW M models. With the launch of the new BMW M5 Competition, BMW M GmbH has sharpened the race-inspired character of the BMW M5 high-performance sedan with an even more powerful and sportier model. The new BMW M5 Competition takes the hallmark M performance to the next level and raises the bar for performance, agility and precision within its class.'