Datsun Go+ to be launched on January 15 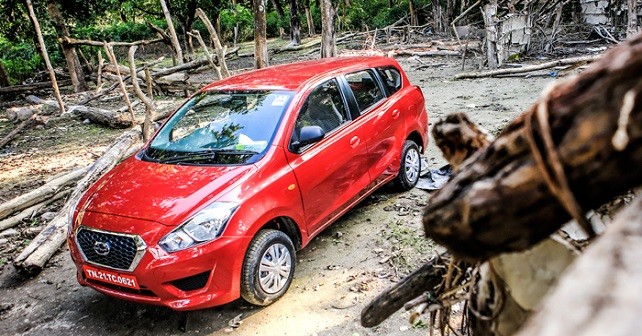 Nissan India plans to launch its latest offering, the Datsun Go+ MPV, on January 15 in the Indian market.

Nissan India plans to have its Datsun Go+, its latest MPV under the Datsun brand umbrella, on roads in January 2015. Even though it looks like other players like the Maruti-Suzuki Celerio and Honda Mobilio, it doesn’t threaten these two players in any way like price, performance, space or equipment. In fact, the Datsun Go+ is nothing but an, no prizes for guessing, oversized version of the Datsun Go. This also makes it the only sub-4 metre MPV available in India.

The sub-4 metre size also allows it to enjoy less taxation which means that it will cost much less than the competition for sure. The low cost is also because of the safety equipments missing from this car, similar to its smaller sibling. Datsun has been in the limelight recently for all the wrong reasons as the Global NCAP – the automobile safety watchdog across the globe – had asked Nissan to stop the manufacturing to Datsun Go after it failed the crash tests miserably.

Like the Go, Datsun Go+ also doesn’t have any ABS or airbags to ensure safety of its passengers, but the carmaker has been taking pride from sometime by telling people about the class-leading feature4s this car comes with like ventilated discs that work more efficiently than the usual ones, and shortest turning radius making it more agile than the competition.

It has been built with a single minded proposition to keep the price low, and that’s why the features and equipments have been kept to a minimum. Small 13-inch wheels with no alloy echoe the same thing. Interiors are just as basic and boring as those of the Datsun Go. It will be powered by the same 1.2-litre petrol engine that propels the Go developing 67bhp of maximum power and 104Nm of torque.

If you want to know more about the car then read our detailed review of Datsun Go+.