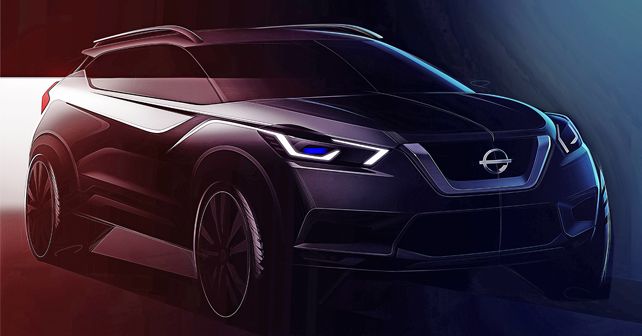 The first sketches of the Indian spec Nissan Kicks have been revealed, which mainly highlight the SUV’s bold design, prior to its official unveiling.

Nissan India is expected to launch a brand new product for the first time since the introduction of the GT-R supercar back in December 2016. The Nissan Kicks will be an all-new SUV for the Indian market which will sit higher in the range than the ageing Nissan Terrano. 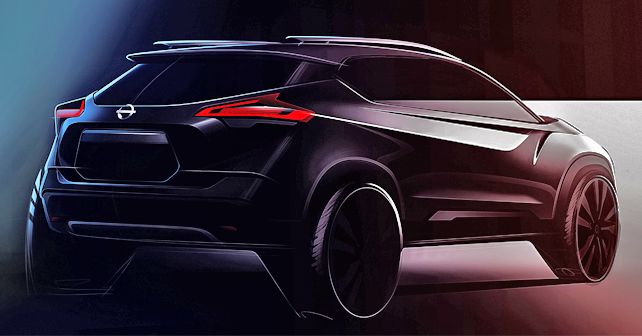 While the International spec Nissan Kicks is already on sale based on the V-platform. The Kicks for the Indian market will be based upon the same platform as the Renault Captur, which also underpins the Terrano/Duster siblings. This will allow the Kicks to have a longer wheelbase than the international model and larger dimensions will result in more interior and luggage space. The styling will be based on Nissan’s latest design language. It will feature the new Nissan signature V-motion grille. The sketches also reveal that the Kicks will feature flared wheel arches, LED headlamps with DRLs and boomerang-shaped LED tail lamps.

As for the powertrain, it seems likely that Nissan might just launch the Kicks with the 108bhp version of the 1.5-litre dCi diesel engine that also does duty on the Captur. Read our review of the Renault Captur here. This engine will come with a six-speed manual, however, whether or not Nissan will offer an automatic version is something that remains to be seen. The Kicks will rival its French sister, the Renault Captur, in addition to the Hyundai Creta and the lower spec models of the Jeep Compass .

Globally, Nissan’s SUV line-up includes the Patrol, Terra, Pathfinder, Armada, X-Trail, Terrano, Juke and KICKS, which are sold in over 100 markets. Between 1965 to 1999, Nissan was supplying the Indian Army with the Nissan Jonga.