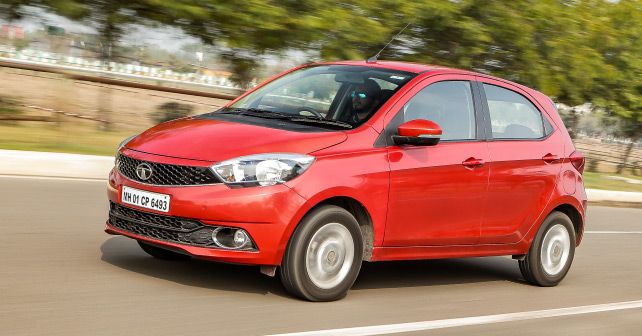 Apple CarPlay will be available only in the top-spec XZ+ variants for both cars. Existing customers can also get their infotainment system updated at any Tata Motors Service Centre

Ever since its launch, the Tata Tiago and Tata Tigor upped the ante in terms of features offered in the segment. But the one thing missing from their brochure was Apple CarPlay. Tata has addressed this with an update to the top-spec XZ+ variant of both cars. In fact, existing customers of the XZ+ trims of the Tiago and Tigor can also get their infotainment systems updated at any Tata Motors Service Centre. The Tiago XZ+ is priced at Rs 5.71 lakh while the Tigor XZ+ costs Rs 6.75 lakh (ex-showroom Delhi).

Tata Motors introduced the updated Tigor and the XZ+ trim of the Tiago last year. However, at the time, the 17.8cm touchscreen unit on both these cars was only equipped with Android Auto.

Everything else about both these cars remains unchanged. They will continue to be offered with three-cylinder petrol and diesel engine options. The 1.2-litre petrol motor pushes out 84bhp and 114Nm. The 1.0-litre diesel, on the other hand, develops 69bhp and 140Nm. Both these engines come paired with a 5-speed manual transmission – the petrol also gets the option of an AMT. Considering that Apple CarPlay will only come equipped in the XZ+ trims, it will be on offer only in the manual transmission variants. The petrol AMT trim will not get Apple CarPlay as of now.

The Tiago competes against the likes of the Hyundai Santro and the Maruti Suzuki Wagon R. Both these cars already come equipped with Android Auto and Apple CarPlay.