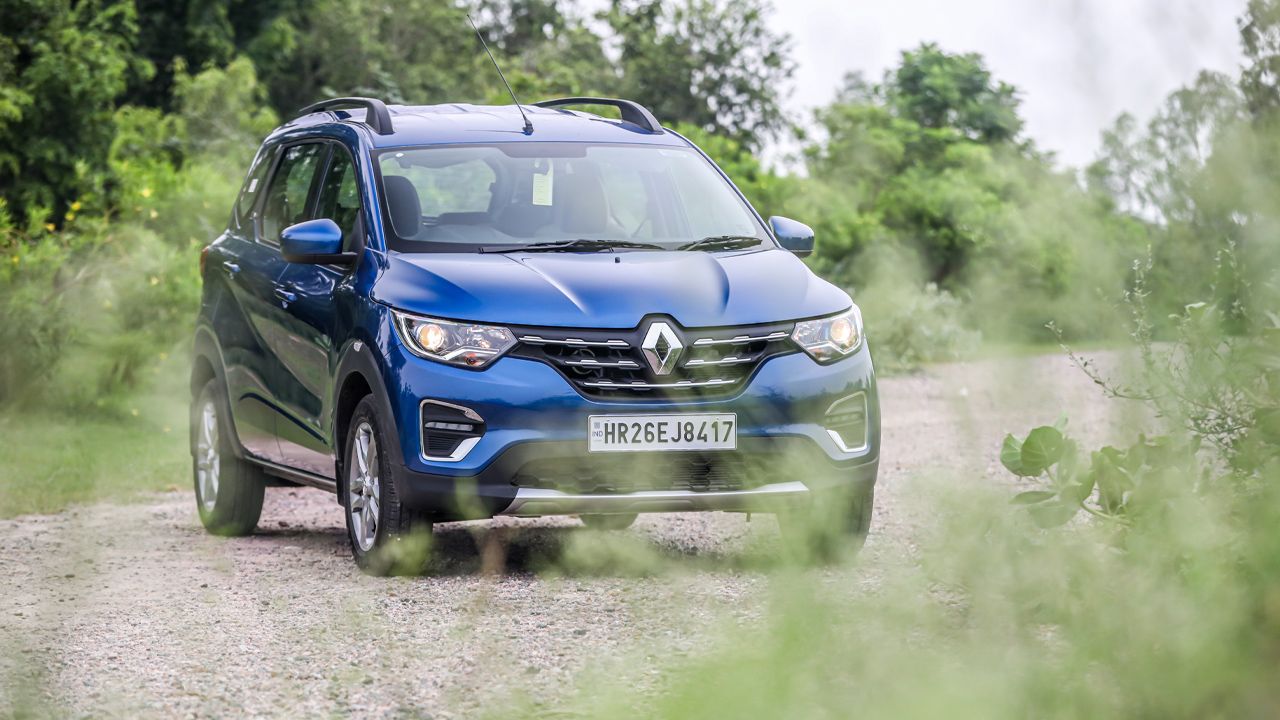 The Renault Triber is no doubt a proven winner, but the lack of an automatic version has stopped it from being a complete package. So, does the arrival of the new Triber AMT fix the problem?

We, in India, love good deals, and if you can give something ‘extra’ on top, then there’s nothing like it – it’s a winning formula.  A case in point is the Renault Triber. The French automaker launched this hatchback-MPV crossover in 2019, and it has since turned into a sales hit for its maker. Not that difficult to see why – the Triber is the size of a hatchback, but it has two extra seats (5+2-seater), and it's powered by an economical 1.0-litre engine. The car is decently packed with features and looks quite handsome, and, most importantly, it’s priced really, really well.

Given its space, practicality, and value-for-money proposition, the Triber has been flying off the Renault dealers’ shelves across the country. However, there was one thing missing from the car – an automatic version – but even that’s been taken care of now with the launch of the Triber AMT. So, does the addition of an AMT version make the Triber a more complete package than before?

Apart from the addition of an AMT gearbox, there’s nothing new or different in the Triber – okay, it now gets speed-sensing door lock, but that’s about it. The design, features, equipment, dashboard design, Easyfit seats for the third row, and everything in between are identical to the Triber that we drove last year during its launch. You can’t really complain about this because the Triber is already a very well-equipped product.

Since all of that is already covered here – Renault Triber Review: First Drive – let’s cut to the chase and find out if the AMT gearbox is up to the task or not?

On duty here is the same 1.0-litre three-cylinder naturally aspirated petrol, which is now also BS6 compliant. Power output and torque are identical at 71bhp and 96Nm. The AMT gearbox uses the same gear ratios as the manual version but brings the joy of two-pedal clutch-less motoring to the Triber. Or, does it? 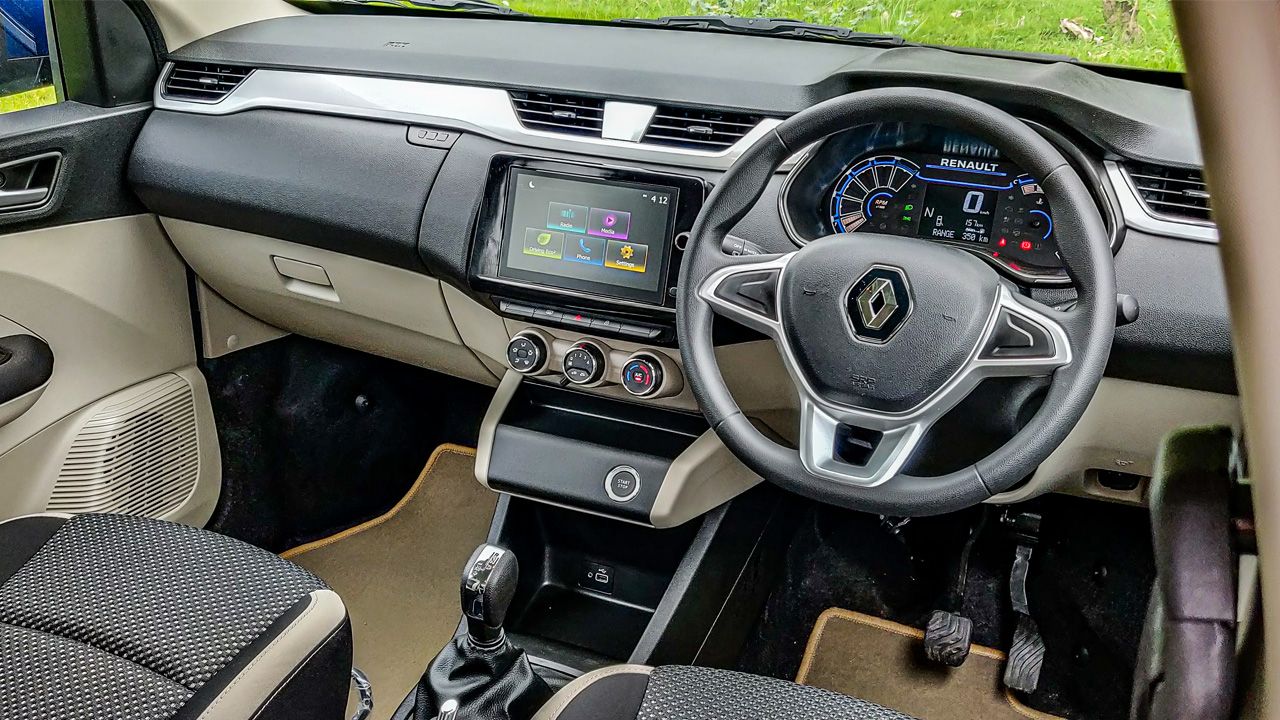 To be honest, I am no fan of AMTs, because I believe it’s a low-cost and compromised alternative to a real automatic gearbox. AMTs are jerky and indecisive in bumper-to-bumper traffic, meaning that they trade one inconvenience (clutch-pedal workout) for another (jerky drive).

However, having used the manual version of the Triber as my long-termer for over six months now, there are few upsides of an AMT in the Triber. You see, I’ve always found the gear-shifts of the manual version to be clunky and unrefined. The clutch is light but it has a high bite-point, and the lever is mounted at a weird angle, which is not very comfortable. Since the AMT version does away with all of that manual labour, it’s already an improvement – at least, for me.

The shift quality of the AMT is quite decent too – surprisingly, it’s quite smooth if you take things easy. When you floor the throttle, shifts are jerky, especially in 2nd & 3rd.  The gearbox has creep function, meaning the vehicle rolls in traffic without any throttle input. But after 8km/h, you’ve got to gas it – and you’ve to gas it really hard! But that’s not a gearbox issue – instead, the problem arises due to the weak low-end of the engine. Under 2,000rpm, this engine is gutless, and you really have to wring it to get going. The only comfort in the AMT version is that you aren’t doing the dirty job of slipping the clutch yourself. 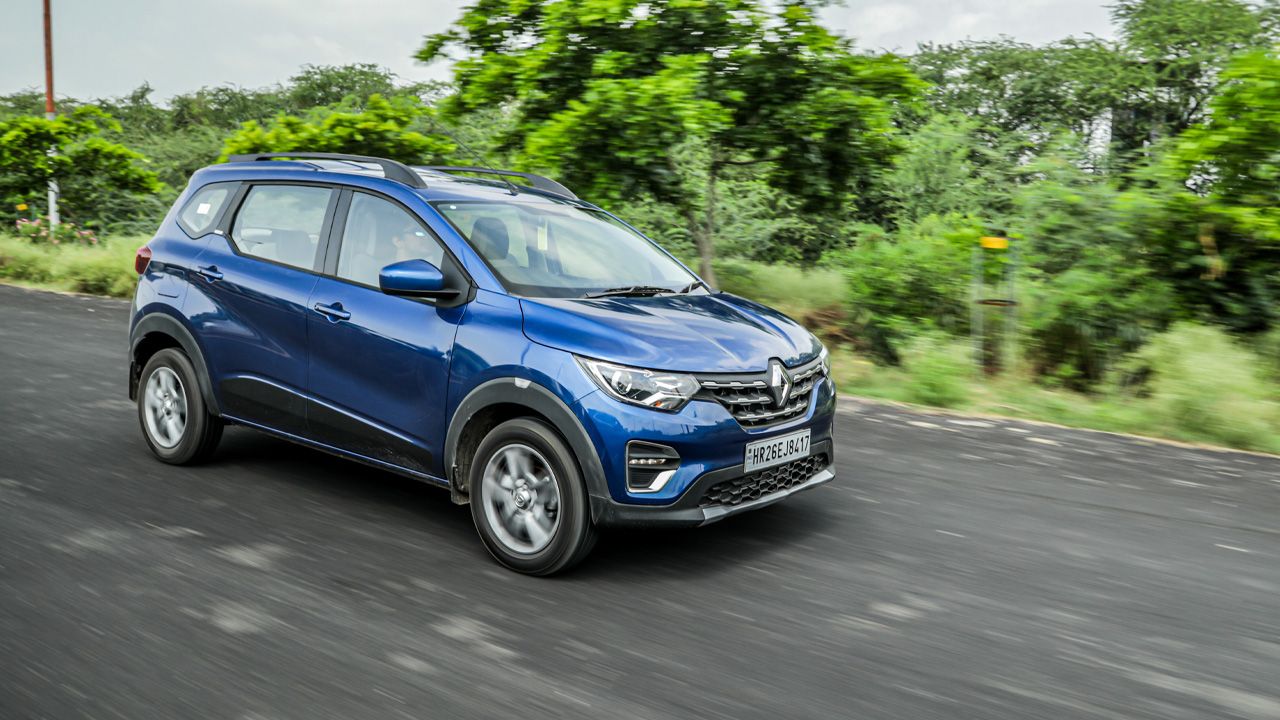 But once you gain momentum, the Triber AMT really impresses with its refinement and comfort. Progressive throttle inputs result in effortless shifts, and the overall driving experience is quiet and comfortable. You’ve to be moderate with your throttle inputs though. Try and rush things up, and you won’t find it pleasant anymore. Under hard acceleration, the downshifts (kick-down) are jerky, and the underpowered engine begs for mercy once it revs past 4,500rpm. Overtaking vehicles, as a result, requires a bit of pre-planning. You can shift gears yourself using the manual mode, but apart from giving you a false sense of control, it doesn’t really help in extracting any more performance from the engine or the gearbox.

Is its weak engine performance a deal-breaker? Not really. Of course, the puny 1.0-litre unit is short on power on many occasions, but that’s not to say that it’s underwhelming. The mid-range is quite strong, and when you couple that with a smooth-shifting AMT gearbox, it makes the Triber a really wonderful daily runabout. Even on the highway, you can cruise very comfortably at 100km/h with the engine rpm sitting quietly at 3,500rpm. Of course, if you’re driving around with seven people on-board and air-conditioning is at full blast, you’ll struggle to gain momentum from low speeds. But once you get up to the speed of 40-50km/h, it honestly doesn’t feel underpowered. 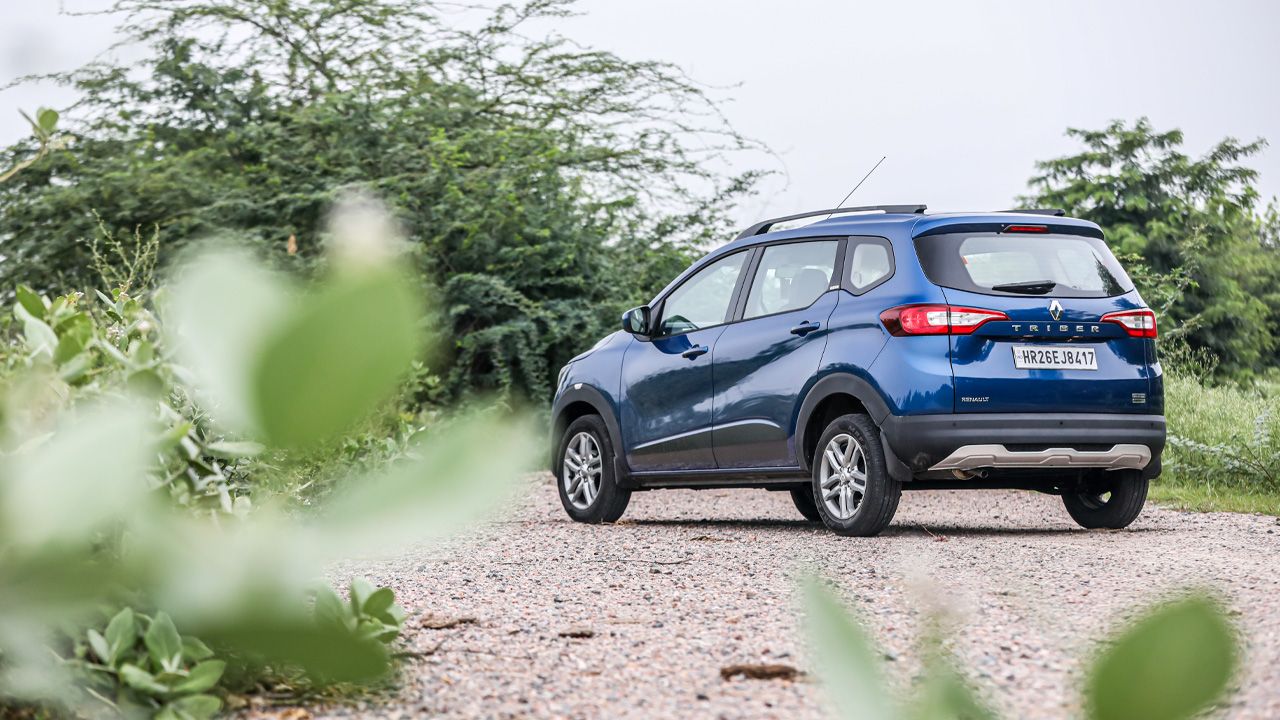 On top of that, the Triber’s ride quality is stellar. At low speeds, it gobbles up bumps confidently, while at high speeds, the ride is planted and equally well damped. Its handling is neutral but the steering doesn't have a connected feel – it's also quite vague at times and doesn't always self-centre. And since we're discussing the steering wheel, there are still no steering mounted audio controls, which is something that I really miss on this otherwise very well-equipped car.

I wasn’t expecting to say this, but after driving the Triber AMT, I prefer it over the manual version! And if you think about it with your sensible hat on, it’s not that shocking. The Triber isn’t a driver’s car – it’s not meant to be driven enthusiastically. Instead, it’s a cost-effective vehicle that ticks all the right boxes for its target audience. You’ve got a spacious cabin, a decent equipment list, a premium look, adequate performance, and, now with an AMT gearbox available for a premium of just Rs 40,000 over the manual version, it scores high on convenience as well. Sure, a bigger and more powerful engine will make it even better, but if you forgo that, the Triber AMT, or even the regular version for that matter, makes a compelling case for itself at its price-point.

X-factor: With an AMT gearbox in the mix, the Triber is now a complete package with an irresistible price tag.

My AMT Triber is 2 weeks old. Except while on the multi-lane, there really is no shortage of power. On the multi-lane too like the editor has put it, it cruises comfortably at 100KMPH. U can push it to 130 but not without compromising on the efficiency or safety. Dont get me wrong. Braking is phenomenal but when it comes to collisions, sheer steel absorbs and distributes energy which the Triber has only 945Kg of. 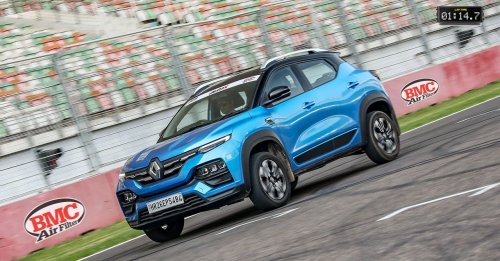 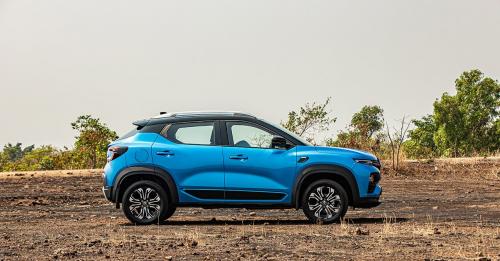