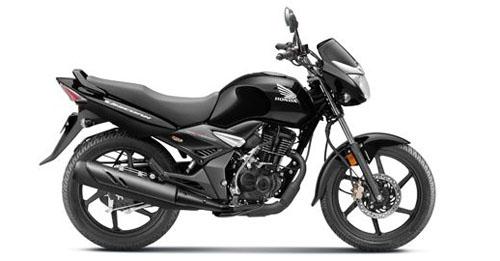 The Honda Unicorn Mileage is 60 kilometers per litre.

Previously sold in two versions – CB Unicorn and CB Unicorn 160 – the Unicorn nameplate will now be limited to just one model, christened as just ‘Unicorn’. And, of course, it’s compliant with the soon-to-be-enforced BS-VI compliant norms too.

On the face of it, there aren’t any significant changes to the Unicorn. It still carries forward the same no-frills commuter design, which works well with the target audience. For those of you who may not know, the Honda CB Unicorn was the first motorcycle from the Japanese automotive giant for the country – after Hero & Honda’s joint venture came to an end, that is.

As discussed above, there aren’t any significant changes to the BS-VI specced Honda Unicorn, on the styling front. As for the dimensions, it measures 2,081mm in length, 756mm in width, and 1,103mm in height. Moreover, it has a ground clearance of 187mm and a kerb weight of 140 kilos. The fuel tank capacity, on the other hand, is 13-litres.

To comply with the stringent BS-VI emission standards, this Honda now gets PGM-FI – or fuel injection, to put it simply. It features a 162.7cc single-cylinder unit, good for 12.7bhp and 14Nm of torque. Like before, it comes mated to a 5-speed manual gearbox. While Honda has kept its lips sealed on the official Honda Unicorn mileage, expect it to be a bit more efficient than its BS-IV counterpart, thanks to the fuel injection technology.

The Honda Unicorn new model has an increased ground clearance and an elongated seat height. However, expect the ride and handling to be similar to the model it replaces. It is built around a diamond type chassis. It rides on telescopic forks at the front and a monoshock at the back. The 18-inch wheels are shod with an 80/100-18 M/C 47P tyre at the front and a 100/90-18 M/C 56P tyre at the rear. As for braking, the bike comes equipped with a 240mm disc up front and a 130mm drum at the back.

The absence of fancy touchscreens or electronics can be excused, for the Honda Unicorn new model is priced quite competitively. What you get, however, includes a single-channel ABS as standard. It also gets an engine start-stop switch. As for the electricals, the headlamp uses halogen bulbs while the taillamp is an LED. The instrument cluster is a three-pod analogue unit, segregated into a tachometer, speedometer, and a fuel gauge.

Honda Unicorn Price in Near By Cities