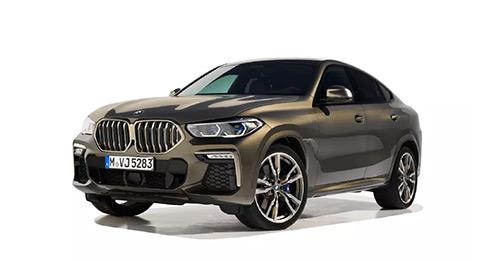 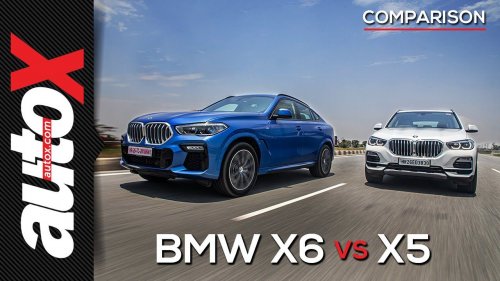 When launched back in 2008, the X6 was perceived as something rather unique. Its coupe-like roofline, wide rear haunches, and hunched rear were part of a design language never seen on a car before. Customers who loved the unconventional 4x4 bought it for its sporty silhouette and sharp handling.

The unconventional X6, as of 2020, is now in its third-generation. The 2020 X6 is now based on BMW’s Cluster Architecture (CLAR) platform, which also underpins the formerly introduced X5. Even though it’s a sportier offering, the BMW X6 price means it overlaps the bigger and relatively more luxurious X7, which, then, brings us to the question, is it worth over its larger sibling? Read on.

With the third-generation update, the BMW X6 new model is now in line – in terms of design – with the current crop of BMWs. The X6 has a very macho appeal from the outside – and it starts from the front, with the huge kidney grille, flanked by the company’s chunky signature headlamps. It's when the X6 is viewed from the side, that you notice what sets it apart from other SUVs – that 'fastback' sloping rear windscreen, and, of course, the rear overhang. At the rear too, there are new sleek taillamps, a slight duck-tail-like extension on the boot, and massive dual exhausts.

The BMW X6 variants are as follows: xDrive40i xLine and xDrive40i M Sport. What you do get with the M-Sport trim – even though both the variants demand the same BMW X6 on-road price, that is – is a 12.3-inch fully-digital instrument cluster, a 12.3-inch infotainment system, adaptive suspension, a panoramic sunroof, aa multi-function steering wheel, leather-wrapped gear knob, and steering wheel, cooled and heated cupholders, four-zone climate control, and ambient lighting, among other things.

The BMW X6, in the interior department too, shares a lot with its cousins. For instance, here too, you get two crisp 12.3-inch displays, one for the infotainment and other for the instrumentation. The interior space is in line with the X5 – at least at the front – and the materials used are very rich in quality and texture. Thanks to the sloping roof, the headroom at the rear is a bit compromised, but it won’t be an issue for smaller passengers.

The 2020 iteration of the BMW X6 comes powered a 3.0-litre six-cylinder turbo motor, which is good for 335bhp and 450Nm of max torque. Like with every other new-age BMW, the X6, too, comes paired to an 8-speed ZF automatic transmission. And, of course, the engine is compliant with BS-VI emission standards. 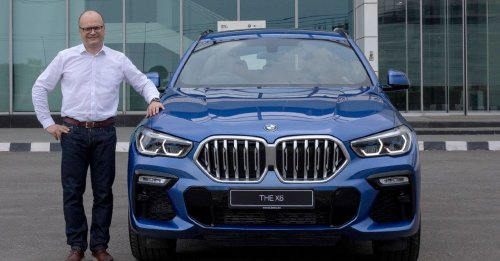 This new BMW X6 is based on an all-new Cluster Architecture (CLAR) platform that also underpins the current X5. The new chassis has ensured that this X6 is lighter and longer than before. Under the.... 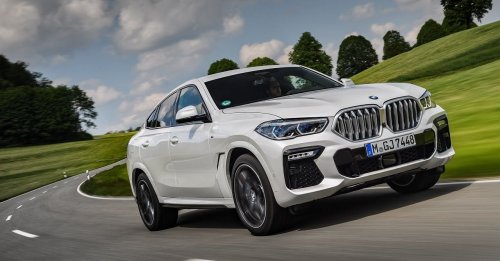 The third-gen BMW X6 will launch in India with a 335bhp/450Nm producing 3.0-litre six-cylinder turbo petrol engine. The new version is underpinned by an all-new platform, and gets substantial updates....

Looks like BMW India is gearing up to start 2020 by bringing the new & latest generation of its iconic Coupé-crossover – the X6. The new generation of the Sports Activity Vehicle (SAV) made its.... 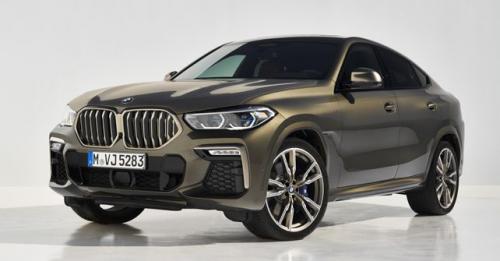 Underpinned by the same CLAR architecture as the new X5, the third-gen X6 has grown in proportions. It is 26mm longer, 15mm wider and 6mm lower than the outgoing generation, while also featuring an....

What is the current on-road price of BMW X6?

Currently, the BMW X6 is priced at Rs. 95 Lakh for the base xDrive40i xLine trim.

What is the price of the top variant of BMW X6?

Which year did BMW introduce the X6 in India?

What are the top competitors of BMW X6?

BMW X6 Price in Nearby Cities