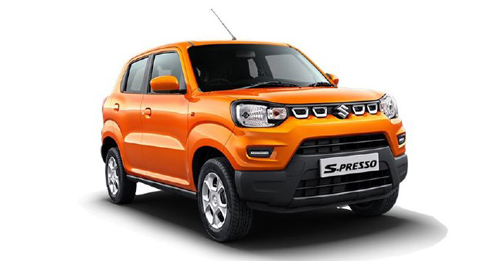 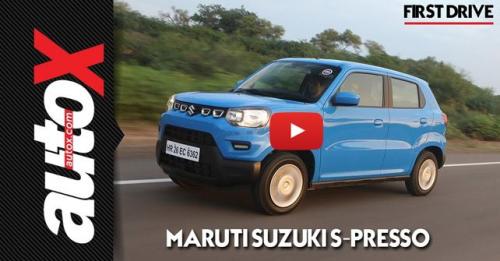 The affection towards SUVs is increasing, and the presence of an SUV in almost every budget – and segment – is a well-known fact. Labelled as a ‘mini-SUV’ by the company itself, the S-Presso is the closest you can get to an SUV without blowing off your bank balance.

As a result, the Maruti Suzuki S-Presso price has been kept to a bare minimum, which means the company had to make a few trade-offs in designing an SUV (lookalike) in the A-segment.

So, while Maruti Suzuki has done its job by giving it’s ‘mini-SUV’ a raised bonnet, tall-stance, and flared arches, the end result is quite disproportionate. The Maruti Suzuki S-Presso new model gets a chunky cladding and a toothy-grille at the front. The angular headlamps lack flair.

The upright stance is more evident from the side. And while the flared wheel arches are a nice addition, the 14-inch wheels – which do miss out on alloys – look puny. The rear-end, too, lacks flair. Just like the front, the rear bumper, too, houses a chunky cladding, while the taillamps are just simple and plain.

The Maruti Suzuki S-Presso variants are as follows: Std, Std (O), LXi, LXi (O), VXi, VXi (O), and VXi Plus. Despite the fact that it sits in a price-sensitive segment, the S-Presso gets dual airbags, ABS with EBD, seatbelt alerts for the front passengers, reverse parking camera and a speed alert system.

The interiors of the S-Presso are a huge departure from its exterior. Well, at least on the way it looks. The disproportionate S-Presso has enough space to seat four tall passengers and despite the fact that it’s finished in an all-black layout, it’s quite roomy with a sense of space.

The instrument cluster is fitted above the central console, followed by a 7.0-inch touchscreen in the middle – Smartplay Studio system – and the controls for the air-con in the lower half. The steering is a three-spoke unit, which is already seen on the WagonR and Ignis.

Under the hood, the S-Presso comes powered with the company’s K10B engine. It displaces 998cc and produces 67bhp and 90Nm of torque. While a 5-speed manual is a standard fit, it also comes with the option of an AMT gearbox on higher variants.

Despite having three-cylinders, this engine makes the car an absolute hoot to drive. It has a respectable low-end, but it truly delivers most in the higher band of the rev range. It loves to rev and it even has a nice soundtrack at higher revolutions. 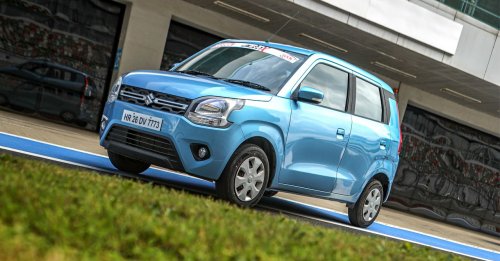 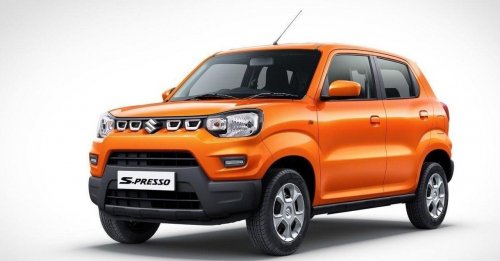 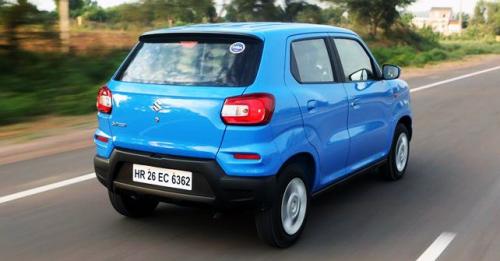 With a recorded sale of 10,634 units in October alone, the S-Presso became an overall top-10 bestseller for the month, sitting in 8th place, just below the Kia Seltos. In fact, 8 of the top-10.... 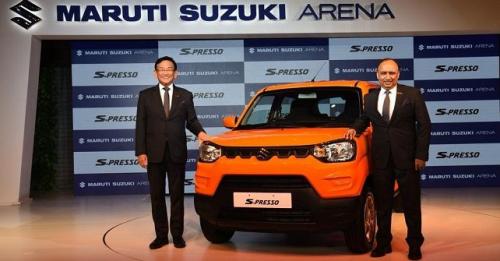 The Maruti Suzuki S-Presso is finally revealed and it’s now on sale in India. Billed as a mini-SUV, the latest product from the country’s largest carmaker has been launched at a starting price of....

What is the current on-road price of Maruti Suzuki S-Presso?

Currently, the Maruti Suzuki S-Presso is priced at Rs. 3.78 Lakh for the base Std trim.

What is the price of the top variant of Maruti Suzuki S-Presso?

Which year did Maruti Suzuki introduce the S-Presso in India?

The Maruti Suzuki S-Presso, in its current form, was introduced in 2019 .

What are the top competitors of Maruti Suzuki S-Presso?

The Maruti Suzuki S-Presso goes up against the Renault Kwid and Datsun Go in the Indian market.