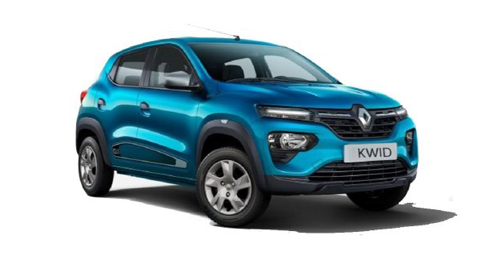 The aim of developing the Kwid was to offer a segment beating an entry-level car with more space, more equipment, more comfort and a more premium appeal than other cars in its segment. And this is exactly what Renault delivered with the finished product of the Kwid. Built jointly between Renault and Nissan on the CMF-A compact car platform, the Kwid is longer, wider and has a longer wheelbase than all of its rivals.

Despite being larger than its rivals the Kwid is lighter than its aforementioned models, thanks to numerous weight-saving measures such as various plastic components, three-wheel nuts, etc. On the whole, if you are looking to buy an entry-level car then you must consider the Kwid and a test drive will reveal just how superior the car feels to its rivals on the road.

The Kwid has brought a whole new dimension to styling for the entry-level car segment with its bold design cues featuring a raised stance with plastic side body cladding to give it a very crossover-esque appeal. This combined with a longer and wider body than its rivals makes the Kwid look very intimidating in front of its rivals. Factor in its bold front grille and a host of available accessories such as roof rails, etc and the Kwid stands out even more on the road. The main highlight of the Renault Kwid new model is the new split-headlamp setup at the front, which was only limited to SUVs up until now.

Kwid interiors are yet again best in the segment by far thanks to good plastic quality, fit and finish and overall design. For the price, Renault Kwid's cabin feels very spacious and can seat five people in ease. Rear seat legroom, knee room and headroom are also quite good in the Kwid’s back seat. The Kwid also has a spacious 300-litre boot which is the largest in the segment.

In the top-spec Climber variant, the Kwid comes loaded with a host of features including power steering, front power windows, air conditioning/ heating, front power socket, internally adjustable IRVMs. The Kwid also gets a touchscreen infotainment system with both Apple Carplay and Android Auto. The system even boasts of satellite navigation which was yet another segment-first for the Kwid. Apart from that, the Renault Kwid's on-road price also comprises a fully-digital instrument cluster as part of the equipment list. Sufficed to say, all the Renault Kwid variants are decently-loaded.

The Kwid comes with a monocoque construction like all its rivals. But it has to be said that the Kwid feels far more confident and stable on the road as compared to other cars in its segment. The Kwid’s ride is comfortable and quite sophisticated for an entry-level car.

Renault's compact hatchback has recently crossed the 3.5 lakh sales milestone and to celebrate the occasion, Renault has launched a new entry-level RXL variant for the Kwid's 1.0L.... 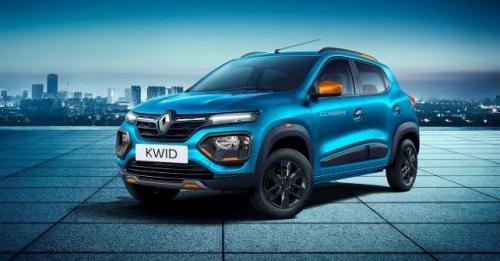 The updated Renault Kwid has been launched in the country with a starting price of Rs 2.83 lakh (ex-showroom). Highlights of the new version include a heavily revised front fascia along with new.... 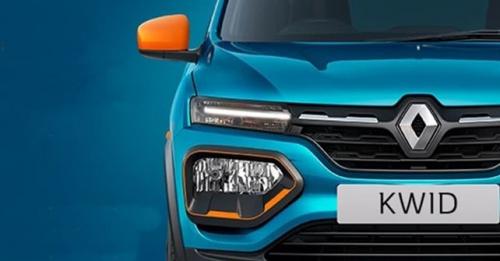 The Kwid facelift will feature a new design that has been inspired by the K-ZE City Electric hatchback. Interiors will get an update too. Engine and transmission options will remain.... 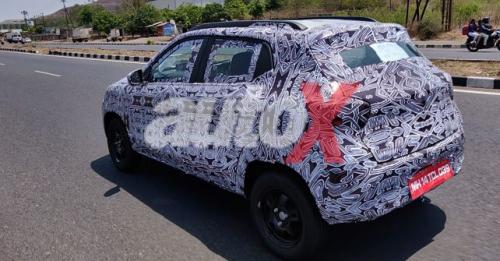 The Renault Kwid is expected to receive a mid-life makeover later in 2019, but the test mules are already out on public roads. We catch one on roads in the suburbs of Pune. The refreshed model is....

What is the current on-road price of Renault Kwid?

Currently, the Renault Kwid is priced at Rs. 3 Lakh for the base STD trim.

What is the price of the top variant of Renault Kwid?

Which year did Renault introduce the Kwid in India?

The Renault Kwid, in its current form, was introduced in 2019 .

What are the top competitors of Renault Kwid?

The Renault Kwid goes up against the Maruti Suzuki Alto and Datsun redi-GO in the Indian market.

Renault Kwid Price in Nearby Cities