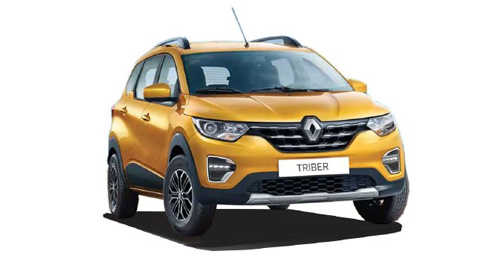 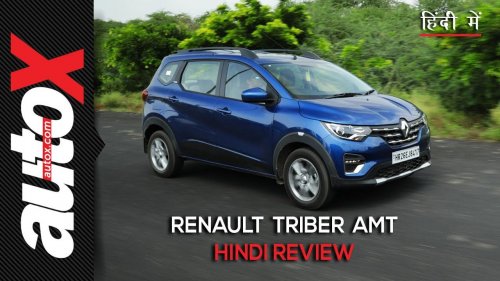 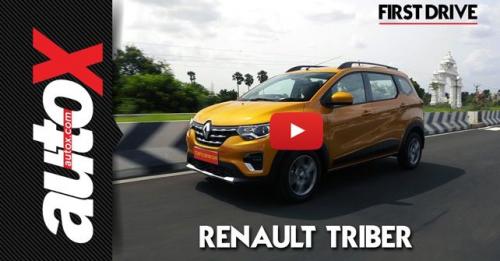 With the 2019 Renault Triber, the brand has managed to manufacture a seven-seater within the sub-four-metre mark. It stands tall and is built on a modified version of the Kwid's CMF-A platform. The Triber is a very roomy car, making it extremely practical as well. What's left to be seen is if customers are willing to accept such a design language. With terrific pricing, Renault Triber has managed to carve a segment on its own.

The Triber is an attractive-looking car, and its tall stance gives it the appeal of an MPV. From the front however, it looks more like an SUV. It gets a three-slat grille, flanked by stylish, eagle-eye shaped headlamps and a chiselled bumper with a skid plate below. The bonnet too gets some creases on it, while the side profile consists of a sharp beltline along with wheels that fill up the wheel arches well. At the rear, it gets wrap-around tail lamps with 'Triber' embossed on the tailgate. There's a lot of plastic cladding all around too, while the roof rails give it an SUV stance.

The Renault Triber variants are as follows: RXE, RXL, RXT and RXZ. For a relatively affordable on-road price, Renault Triber features some niceties such as push-button start, an 8.0-inch touchscreen with Apple Carplay/Android Auto, digital instrument cluster, amongst others.

There's a lot of space inside the cabin, thanks to the longer wheelbase. Each row sits slightly higher than the previous one, and Renault calls it theatre seating. Most of the design elements are refreshingly different on the inside. The levels of fit and finish are really good as well. Then there's the black, beige and silver accents that make for a nice combination too. In the middle of the dashboard, you will find an 8.0-inch touchscreen that features Apple CarPlay and Android Auto. It also has an all-digital instrument cluster and a 3.5-inch LCD screen in the middle. Also, storage areas are aplenty, and the Renault Triber new model features AC vents in the second and third row as well. It even features a cooled glovebox. The seats at the front are large and comfortable with lots of legroom available. You sit a bit higher in the second row, and under-thigh support is good. And the second-row seats slide back and forth. To get access to the third row, you'll have to flip the second-row seats forward; however, the last row is best used by children. Boot space, with all three rows up, is just 84 litres.

The Renault Triber is powered by a 1.0-litre, 3-cylinder petrol engine that produces 71bhp and 96Nm of torque, paired to either a 5-speed manual gearbox or a 5-speed AMT gearbox. Power from the engine is impressive, and the transmission feels similar to the one on the Kwid. Also, thanks to the tall and supple springs, ride comfort is good as well. And the steering feels well weighted.

The Renault Triber's ARAI-certified fuel efficiency figure is rated at 20.5kmpl for the petrol model.

Launched in three variants – RXL, RXT and RXZ, the Renault Triber AMT starts at Rs 6.18 lakh. Bookings have commenced and can be made on the Renault official website, app or at the....

Renault showcased the Triber AMT at the 2020 Auto Expo and announced that it will be launched in the weeks to come. Will come with the same BS-VI compliant 1.0-litre petrol motor as the rest of the....

Renault India has shipped off the first batch of 600 Tribers to South Africa, thereby kicking off the exports of its sub-4m people carrier. The Triber is driven by a 1.0-litre 3-cylinder VVT petrol....

What is the current on-road price of Renault Triber?

Currently, the Renault Triber is priced at Rs. 4.99 Lakh for the base RXE trim.

What is the price of the top variant of Renault Triber?

Which year did Renault introduce the Triber in India?

The Renault Triber, in its current form, was introduced in 2019 .

Renault Triber Price in Nearby Cities