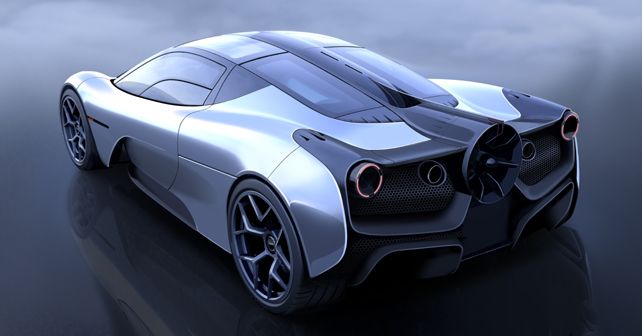 The limited-production GMA T.50's 100 units have already been allocated to customers across the globe; is set to debut in May 2020.

Gordon Murray Automotive (GMA) has released the first official teaser of its upcoming T.50 supercar, said to be the actual spiritual successor to the legendary McLaren F1. Designer Gordon Murray claims the T.50 is likely to have the 'most advanced and most effective aerodynamics ever seen on a road car.' Judging by the huge 400mm fan at the rear to aid the car's aerodynamics, we're most certainly not doubting the bold claim. Further, to make sure the T.50's aerodynamics achieve unparalleled standards, GMA has partnered with Racing Point Formula One team to use the latter's state-of-the-art rolling-road wind tunnel and motorsport expertise.

Going by the T.50's first look, the new car's design seems to draw inspiration from the original McLaren F1 road car, especially in terms of the rear glass design. Like the McLaren F1, the T.50 also features a three-seat layout, with a central ‘jet-fighter-style’ driving position for the driver. 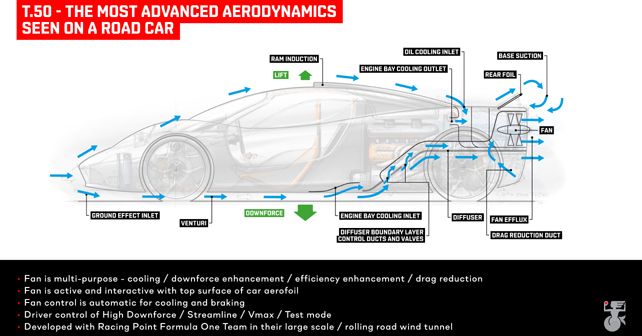 However, as mentioned above, the 400mm ground-effect fan is perhaps the biggest highlight of the car, a part of its unique airflow management system. The fan works in tandem with active underbody aerodynamics and dynamic rear aerofoils. The rather complex active aero system will also offer six different operation modes, out of which, the VMax mode will be the most hardcore option. Capable of boosting the engine output to 700bhp, the VMax mode makes use of an additional 48V generator and ram induction tech.

As for the powertrain, the T.50 will house a bespoke naturally-aspirated 4.0-litre V12 Cosworth unit, capable of producing 650bhp and 450Nm of torque. To keep enthusiasts interested, the T.50 will get a 6-speed manual gearbox. Further, Murray claims this motor will be the 'highest-revving road car engine ever made', capable of revving up to a manic 12,100rpm! This means it'll surpass the 11,100rpm figure of the Aston Martin Valkyrie's 1000bhp 6.5-litre V12 Cosworth unit. Thanks to a carbon fibre monocoque, the T.50 will weigh only 980kg. 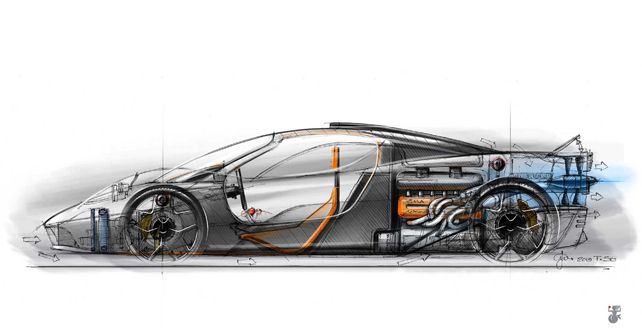 As mentioned above, GMA will only produce 100 units of the T.50 supercar. Despite the fact that each unit will cost its owner more than £2 million, GMA claims all 100 units have already been sold! Expect the car to make its complete debut in May 2020. 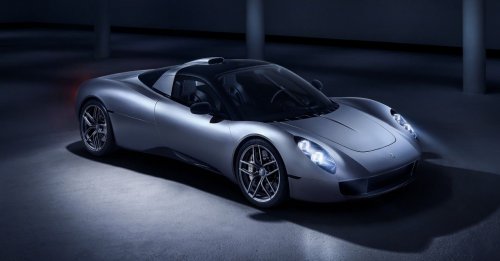 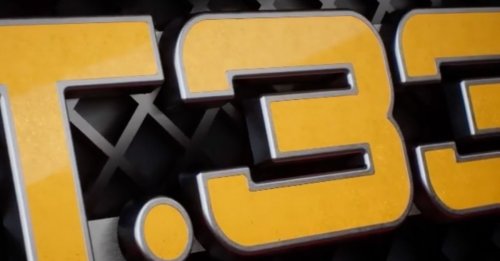