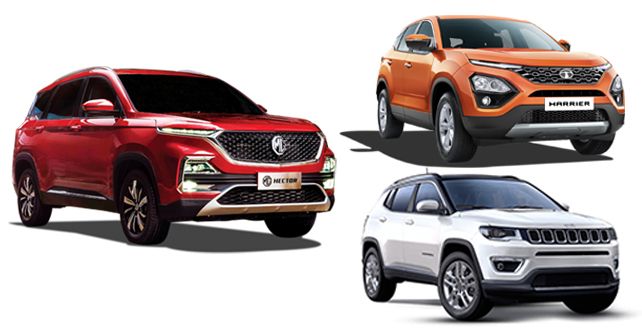 The MG Hector has a lot riding on its shoulders, for this new SUV marks the arrival of the brand into the Indian market. But how does it stack up against its established rivals? Here's a quick spec check.

There’s a lot of hype around the MG Hector, and rightly so, for this is the first offering by its maker in the Indian market. While we’ve already driven this brand new SUV, the real question is, how would it match up to its main rivals – the Tata Harrier and Jeep Compass? Well, to find out, we decided to do a short spec-check ...

This is a pretty straightforward affair – the latest entrant here is the largest SUV in this company. As you can see in the spec box below, the Hector is the longest and tallest SUV here, and it also shows in the way it looks. However, it’s not as wide as the Harrier, though, but compared to the Compass, the MG seems to belong to a different segment altogether! Its wheelbase is also the longest, closely matched by the Harrier, while its boot space is the best of the trio, and by quite a margin. The Compass, however, has the best ground clearance, showing its off-road cred.

The MG Hector is offered in petrol and diesel engine options. And so is the Compass. The Harrier, however, doesn’t have a petrol motor on offer. Interestingly, the diesel versions of all three come powered by the same Jeep-sourced 2.0-litre diesel engine, albeit in different tunes. In the Hector, the engine develops 168bhp and 350Nm, while in the Compass, it’s marginally higher at 171bhp and 350Nm. The Harrier features a detuned version with 138bhp, but torque is identical at 350Nm. All the SUVs come with a six-speed manual transmission as standard. Only the Compass gets an automatic option with a diesel motor here, but it comes in the top-end Trailhawk variant. The Jeep is also the only vehicle to have All-Wheel Drive (AWD) as an option.

The petrol version of the Hector features a 1.5-litre turbo unit that develops 141bhp and 250Nm of torque and comes paired to a six-speed manual as well as a six-speed dual-clutch automatic. This engine also gets a 48V mild-hybrid variant – available only in manual – and provides an additional boost of 20Nm. 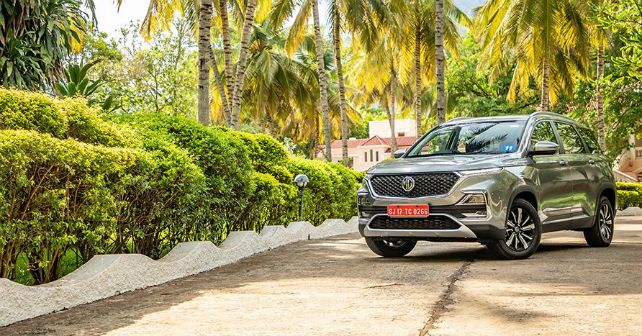 The Compass, on the other hand, gets a smaller 1.4-litre-turbo petrol, but it produces more power – 161bhp. It develops 250Nm of torque and is available with either a 6-speed manual or a 7-speed dual-clutch automatic gearbox.

In terms of features & equipment, the MG Hector has definitely taken the game forward, as it comes loaded with some segment first features. The main highlights of the Hector are its connected car tech or ‘Internet Inside’ feature. The vehicle features an in-built sim that connects your vehicle directly to your smartphone. You can control a number of features in the car remotely by using an app. Neither the Compass nor the Harrier features anything like this. 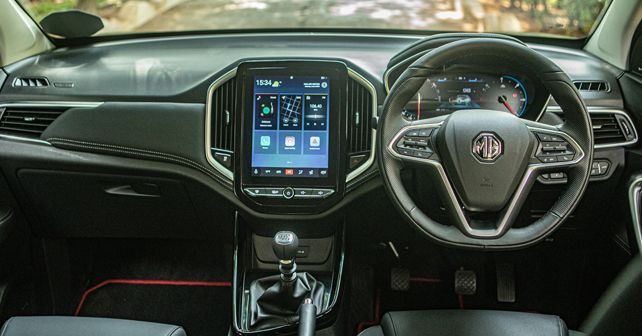 Additionally, the features list of the MG is long, and it trumps the other two in many areas. The large 10.4-inch touchscreen is the biggest unit of the trio, and the Hector also comes with a powered tailgate. It’s also the only vehicle here to feature full LED headlamps. The Hector is also the only vehicle here that comes with electrically adjustable front passenger seat. That said, the touchscreen of the Hector only gets Android Auto – there’s no Apple CarPlay as yet. However, the Harrier and Compass get both options.

With the prices out for the MG Hector, the Harrier and Compass have every reason to be worried. While the Harrier range now starts at ₹12.99 lakh, the Compass starts at ₹15.6 lakh. To put things into perspective, prices for the Hector start at ₹12.8 lakh! (all prices are ex-showroom). So, here's a price range comparison of all three cars for their respective petrol & diesel variant line-ups. (*Price range for the Jeep Compass does not include Compass Trailhawk prices)