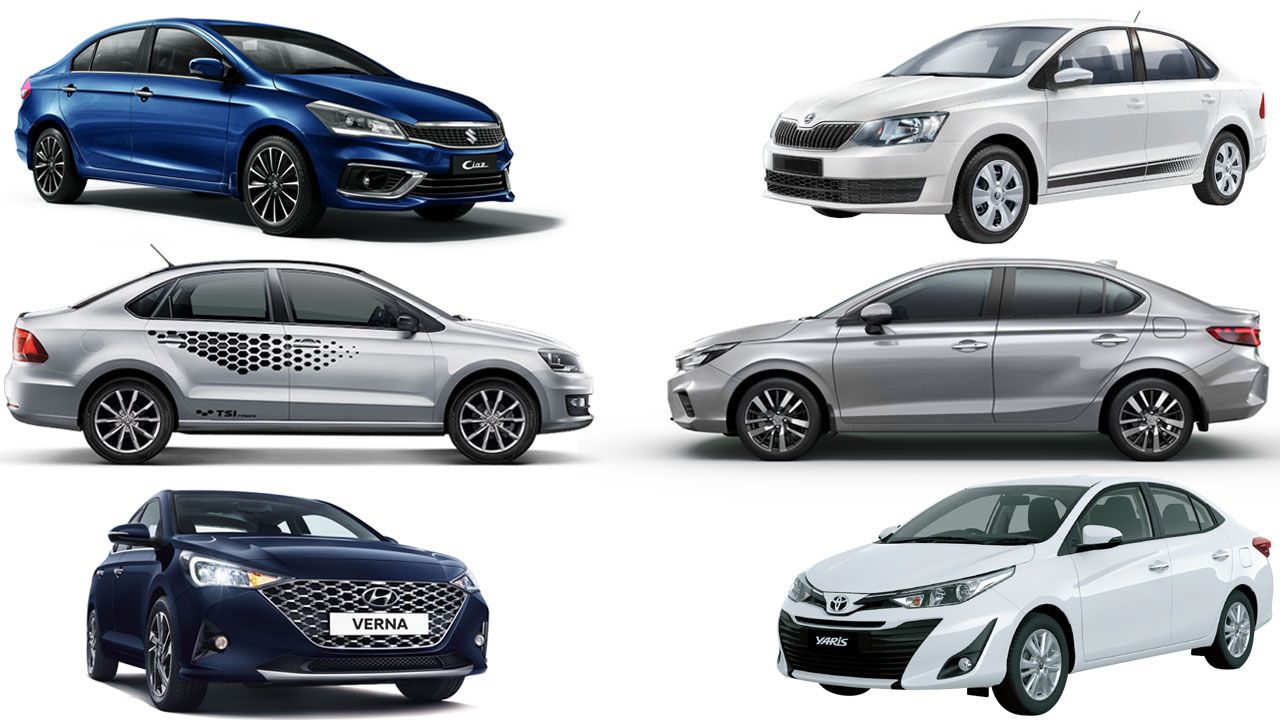 Here’s a detailed look at how the new City compares to all of its rivals in the mid-size sedan segment.

In all of its various avatars, the Honda City has always remained the definitive mid-size sedan. Each generation model has brought with it a bunch of core strengths that have always made it the segment favourite. And the latest fifth-generation City appears to be no different than its predecessors in its ability to move the goal posts for the segment once again. The new Honda City is bigger than ever before and really redefines the equipment list for cars, which is incredibly well spread across all variants. What’s more, it once again has a spirited petrol engine, thanks to its new twin-cam setup with Variable Valve Timing Control (VTC).

So, without further ado, here’s a look at how the new City stacks up against its rivals on paper.

The City is clearly the largest car in its class, but the Ciaz’s massive boot just about trumps in by 4 litres in terms of capacity. When it comes to cabin space its the City and Ciaz that lead, like earlier.

The new Honda City is the most powerful petrol car in its class, but the Verna turbo petrol does trump it in terms of peak torque which is significantly higher than the City’s 1bhp advantage over the standard Verna petrol. The Verna though offers the widest range of powertrain options with a choice of two engines and three gearbox options. The Ciaz meanwhile with its mild hybrid powertrain is the most fuel efficient car in its class.

With the upgrade to BS6 emissions regulations, it’s only the City and Verna that now offer diesel engine options. And even here the Verna trumps the City in terms of powertrain options with the availability of a diesel automatic model on offer, whereas the City only has a single diesel manual model.

In contrast to the City and the Verna, the other cars here have relatively restrained equipment lists as they are now significantly older models compared to the City and Verna. Although, it’s worth noting that Hyundai has worked overtime to ensure that the recent update of the Verna has everything it needs in terms of equipment to satisfy the demanding Indian customer. ­

The new City has been well priced for a change and this makes it more competitive than it’s been in the recent generation. That said, the likes of the Skoda Rapid and Maruti Suzuki Ciaz have more affordable base variant prices that make them fairly affordable in today’s times when premium hatchbacks cost more. In case of the diesel model, the Verna provides a far more attractive starting price, but the top-end automatic model tends to become expensive, but then again that’s because of the availability of the automatic transmission.