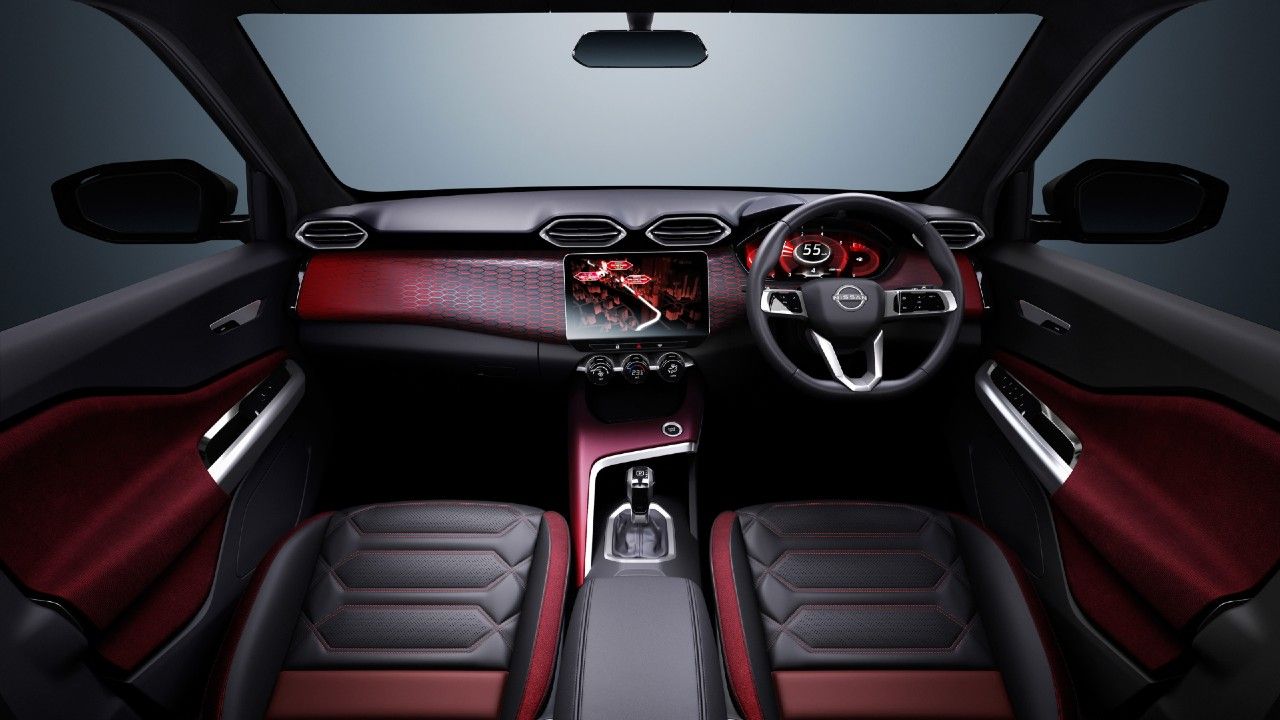 Last month, Nissan gave us a virtual glimpse of their upcoming compact SUV – the Magnite – by sharing pictures of the concept. Now, the company has released two pictures of the car's interior. At first glance, the Magnite’s interior has a sporty appeal, which is down to smart usage of colours and shapes. While the interior is washed in black, red/maroon accents all around give it great visual appeal. In this concept form, the dash gets a nice gradient of red and black, something that is highlighted by honeycomb accents. Just like in the images, the Magnite is expected to come with a fully-digital instrument cluster. On the steering wheel, the Magnite concept gets what looks like capacitive touch controls, but the production-spec model may not get this feature – it will come with regular steering mounted controls. The quilted front and rear seats are draped in perforated leatherette, giving the interior a premium appeal. 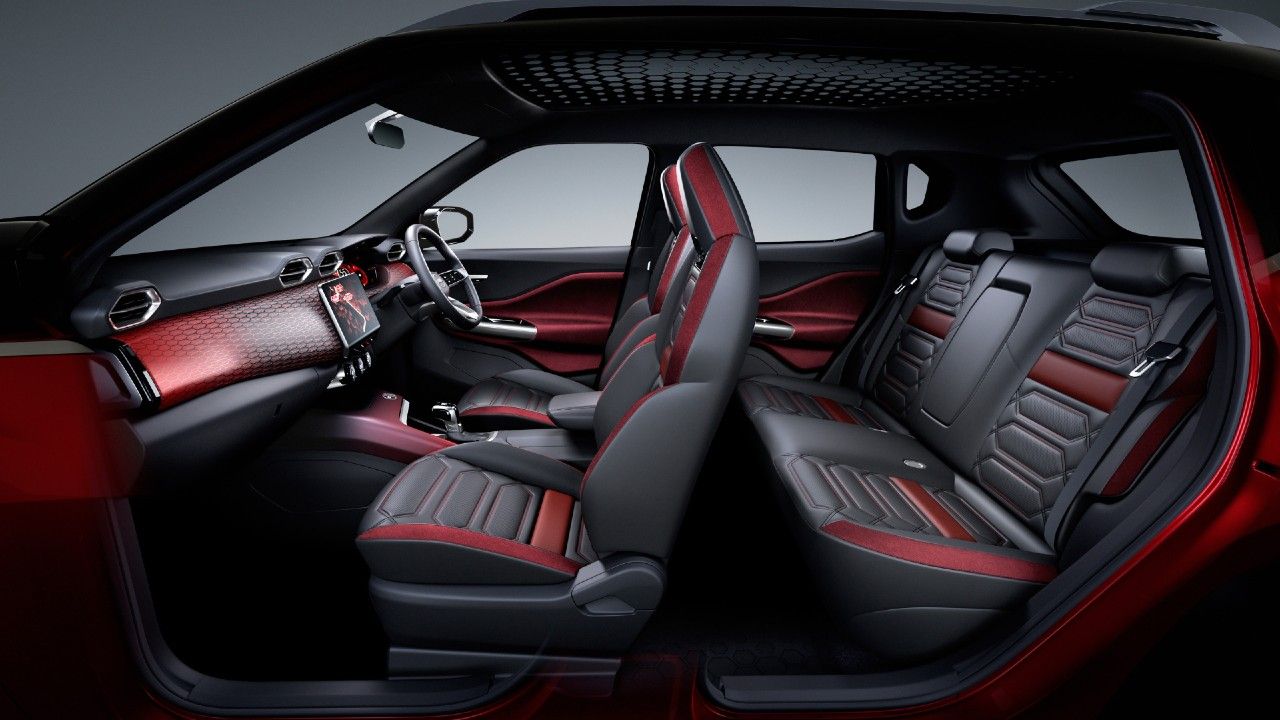 Speaking about the interior, Rakesh Srivastava, Managing Director, Nissan Motor India, said, 'Not only the exterior but also the interior exudes premium-ness, sophistication, and roominess. These core elements of the design philosophy will feature in the production model, which is under development, coupled with superior technology on-board, to be a game-changer in its segment.'

The Magnite is likely to be launched in the last quarter of this financial year. When launched, it will go against the likes of the Maruti Suzuki Vitara Brezza, Hyundai Venue, Ford EcoSport, Tata Nexon, and the Honda WR-V.