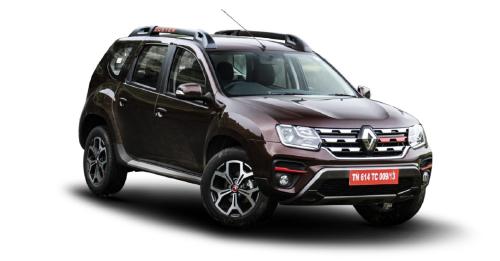 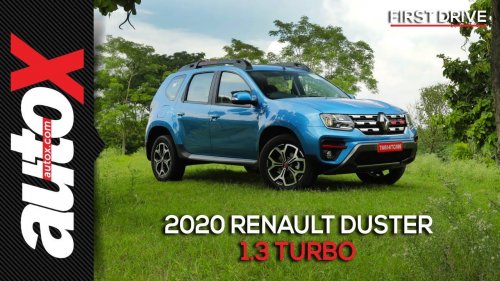 First launched in 2012, the Duster was the first SUV to kickstart the mid-size SUV trend in the Indian market. Even after all those years, the Duster remains to be the only SUV in the segment that can conquer the off beaten path. While we won’t be seeing the second-generation of the Duster anytime soon, the company has revamped its styling to make it look fresh and hide its age. What’s nice, however, is the Renault Duster price, which is on the lower end of the mid-size SUV segment. Here’s a detailed overview.

While the overall stance and shape of the Duster remains identical to its 2012 iteration, Renault has made a number of changes to ensure it looks modern and fresh. Some of the updates were necessary even to meet the latest pedestrian norms. Nevertheless, the main highlight here is the new front fascia, which gets a three-slat chrome grille flanked by a pair of projector headlamps with LED DRLs. The bumper, too, is heavily reworked and it now houses a chunky skid plate.

On the side, the Renault Duster new model’s biggest giveaway are those new 16-inch alloy wheels, which are dual-tone in nature. The only change at the rear, however, is the inclusion of black plastic cladding which flanks the unchanged LED taillamps.

The Renault Duster variants, namely, are RXE, RXS, and RXZ. As discussed above, the top-spec variant of the Duster now gets projector headlamps with LED DRLs, dual-tone 16-inch alloy wheels, and LED taillamps on the outside.
The Renault Duster on-road price also gets you a new steering wheel, a 7.0-inch touchscreen with both Apple Carplay and Android Auto, audio controls behind the steering wheel, cruise control, climate control, remote central locking, reverse parking camera, electronically-adjustable wing mirrors, and much more. Safety-wise, the SUV gets dual airbags, ABS with EBD, speed alert system, seatbelt warning for the front two occupants, and reverse parking sensors as standard.

Unlike the exterior, the changes inside are much more prominent. The first thing you’ll notice is the new nice-to-hold steering wheel, which is a three-spoke unit and houses the cruise control. The audio controls are still placed on a different controller behind the steering wheel. The centre console houses massive aircon vents, followed by the 7.0-inch touchscreen – which appears to be a bit off-angle – and controls for the climate control.
Also new to the Duster is a second glove box, which, like the first one, can also be cooled. The seats remain the same, and the overall space and comfort are also the same as its predecessor.

With the BS-VI emission norms kicked in, the Duster drops its diesel engine, which means it is now a petrol-only model. The entry-level variants are powered by a 1.5-litre four-cylinder petrol, good for 105bhp and 142Nm of torque. It only comes mated to a 5-speed manual gearbox. Moreover, the Duster also comes with a sprightlier 1.3-litre turbo direct-injection petrol engine, which produces 154bhp and 254Nm of torque. It comes paired to either a six-speed manual or a CVT automatic gearbox.

The most popular Renault car which kick-started the compact mid-size SUV space in the Indian market has been pulled off the line. The Renault Duster has had a decade long run, but will it have a....

The Duster has been sold in India for close to 10 years now, and finally, Renault has pulled the plug on its production. In its latest avatar, it was a petrol-only model and wasn’t selling all that....

The Dacia Duster, better known as the Renault Duster in our part of the world, has been refreshed for 2021, courtesy of a small nip and tuck accompanied by some updates to the cabin and....

What is the current on-road price of Renault Duster?

Currently, the Renault Duster is priced at Rs. 9.86 Lakh for the base RXS 1.5 Petrol MT trim.

What is the price of the top variant of Renault Duster?

Which year did Renault introduce the Duster in India?

The Renault Duster, in its current form, was introduced in 2020 .

What are the top competitors of Renault Duster?

The Renault Duster goes up against the Skoda Kushaq and Volkswagen Taigun in the Indian market.

Renault Duster Price in Nearby Cities