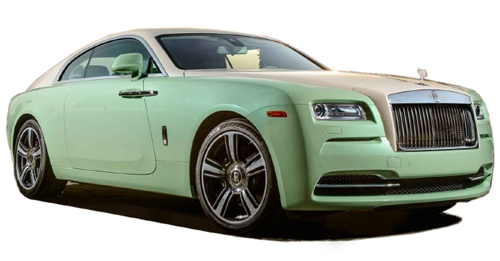 The Rolls-Royce Wraith was first unveiled at the 2013 Geneva Motor Show. Just a couple months after making its global Debut, the carmaker introduced the Wraith to the Indian market. Back in the day, the Wraith used to be the most powerful and, therefore, the fastest production car globally.

This is the second-generation of the Wraith (globally) and it has been on sale pretty much unchanged since its inception. The Wraith is, essentially, a luxury four-door coupe based on the Rolls-Royce Ghost. The Rolls-Royce Wraith price, on the other hand, puts it in a league above the Ghost, since it is claimed to be faster and more luxurious.

The Wraith, going by the way it looks, is unmistakably a Rolls-Royce. That’s down to the fact that it gets a pair of signature sleek headlamps, replete with LEDs, an elegant bumper with a massive toothy grille, humongous alloy wheels, clean profile, and an elegant tail section. In essence, the Rolls-Royce Wraith new model has a classy and regal design.

The Rolls-Royce Wraith variants are as follows: Coupe. As for the equipment, the Wraith features LED headlamps with DRLs, LED taillamps, and 20-inch alloy wheels as standard. It also packs a four-zone climate control system, a touchscreen infotainment system, leather interiors, one of the most advanced audio systems in the world, in the company’s speak, a multi-function steering wheel, analogue instrument cluster, and much more.

Sufficed to say, the cabin lives up to the high expectations, as we’d come to expect from Rolls-Royce Wraith on-road price, segment, and, of course, its badging. The Wraith features Phantom-grade leathers and new wood panelling. Moreover, the interior is built to the smallest attention-to-detail, making it a special place to be.

Underneath that long bonnet, the Rolls-Royce Wraith packs a humongous 6.6-litre V12 petrol motor, which is capable of churning out 626bhp and a mind-numbing 800Nm of torque. The engine is paired to an 8-speed automatic gearbox as standard.

A creation of Rolls-Royce Bespoke, the Wraith Kryptos Collection offers its owner an opportunity to decipher multiple, complex ciphers and at the same time a chance to own a collector's.... 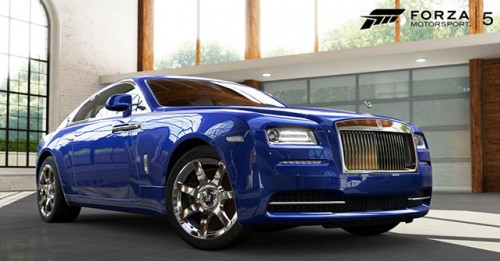 Rolls-Royce Wraith joins the virtual world of Forza Motorsport 5 for Microsoft's Xbox One console. The Wraith is available to owners of Forza 5 as a free download, and it will come with a host of.... 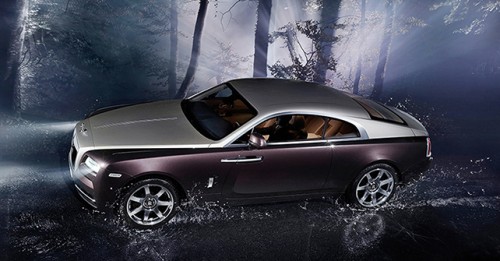 Rolls-Royce to launch the Wraith in India on August 19

BMW owned Rolls-Royce showcased the Wraith at the Geneva Motor Show earlier this year and now just months after its global debut, it is coming....

What is the current on-road price of Rolls-Royce Wraith?

Currently, the Rolls-Royce Wraith is priced at Rs. 5 Crore for the base Coupe trim.

What is the price of the top variant of Rolls-Royce Wraith?

Which year did Rolls-Royce introduce the Wraith in India?

The Rolls-Royce Wraith, in its current form, was introduced in 2016 .