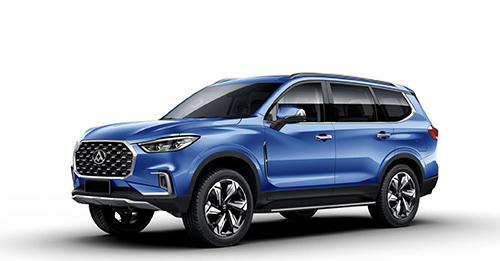 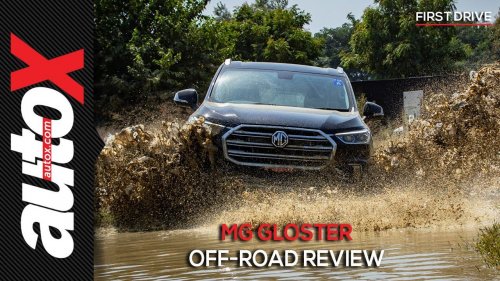 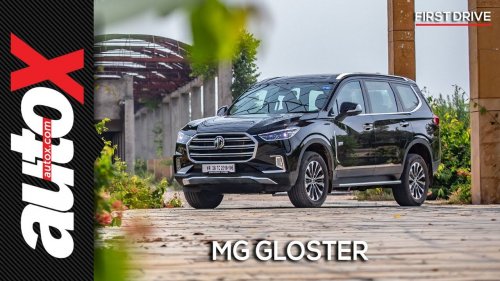 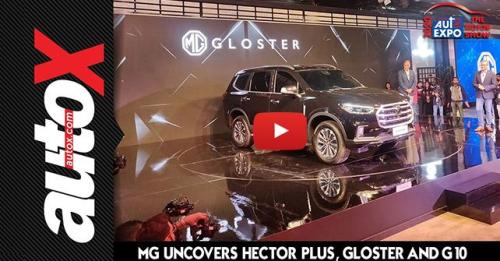 After making an impact in the Indian market with the Hector and proving its green credentials with the ZS EV, MG – or Morris Garages – has launched the Gloster, which, as you might’ve guessed by now, is the maker’s third product for our market.

The MG Gloster, in essence, is a massive SUV that not only impresses with its sheer girth and intimidating character, it’s also quite the luxurious and feature-packed vehicle. Other than that, the MG Gloster price may seem to put it in the crosshairs of the Toyota Fortuner or the Ford Endeavour, but this is every bit more of a vehicle than its rivals.

First things first, a brief look at the brochure clearly indicates that the MG Gloster new model is the largest and tallest vehicle in its class. At the front, the satin-finished grille and the dual-barrel projector headlamps look great. The heavily sculpted bonnet along with a rugged bumper completes the SUV stance. On the side, the 19-inch wheels look nice, but they are dwarfed by the colossal size of the Gloster. Switch to the back, and while the slim LED taillamps and the rugged bumper give the rear end a nice stance, the GLOSTER badging on the tailgate looks a bit over the top.

The MG Gloster variants are as follows: Super, Smart, Sharp, and Savvy. As has become a norm with the maker’s vehicles, it gets a lot of equipment, especially in the top-spec trim, which, then, justifies its MG Gloster on-road price. The most important, of all, is the ADAS (advanced driver assistance system) features, like forward collision warning, autonomous emergency braking, lane-departure warning, adaptive cruise control, and hands-free parking. Besides that, it also gets a panoramic sunroof, a powered driver’s seat with heating, ventilation, massage and memory functions, a 12-speaker sound system, 360-degree parking cameras, a blind-spot monitoring system, and more.

The MG Gloster comes in two seating configurations – a seven-seat or a six-seat layout. The lower-spec Super trim is available in just a seven-seat layout, while the higher-spec Smart and Savvy trims are available in just a six-seat configuration. The mid-spec Sharp trim, on the other hand, is available in both layouts. You get captain seats in the middle row in the six-seat layout, while there’s a bench seat in the second row in the seven-seater model.
The interiors, on the other hand, have a nice aura to it. The materials are very nice and the space inside is quite good. The overall layout of the dashboard is quite nice too, although it does seem a bit inspired by the BMWs of late.

The MG Gloster comes powered by a sole 2.0-litre diesel engine, which comes mated to an eight-speed automatic gearbox. In the lower grade Super and Smart variants, the engine comes with a single turbocharger and produces 161bhp and 375Nm of torque. In the rest, however, there’s a twin-turbo version of the same engine, which now produces 215bhp and 480Nm of torque. 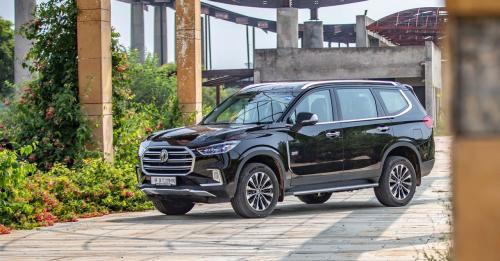 Just three weeks into the launch of the Gloster, MG Motor India has already received more than 2,000 bookings. The full-size SUV starts at Rs 28.98 lakh for the base Super variant and goes right up....

The all-new MG Gloster has been launched in India today, with prices starting from ₹28.98 lakh for the entry-level Super variant and going up to ₹35.38 lakh for the top-spec Savvy variant. In.... 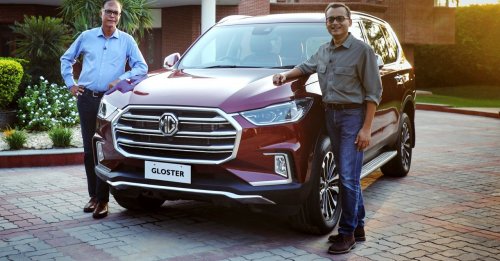 First shown at the 2020 Auto Expo in Delhi NCR, the MG Gloster is the brand's full-size SUV. In August, MG had started dropping teasers of the car and today, it's been officially.... 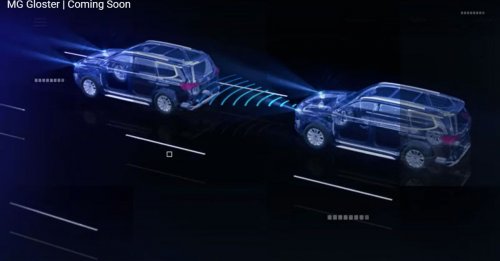 MG India has released a teaser video on YouTube which communicates the upcoming launch of the Gloster premium SUV. MG first showcased the Gloster in India at the 2020 Auto Expo in February, but no....

What is the current on-road price of MG Gloster?

What is the price of the top variant of MG Gloster?

Which year did MG introduce the Gloster in India?

The MG Gloster, in its current form, was introduced in 2020 .

What are the top competitors of MG Gloster?

The MG Gloster goes up against the Volkswagen Tiguan Allspace and Ford Endeavour in the Indian market.

MG Gloster Price in Nearby Cities