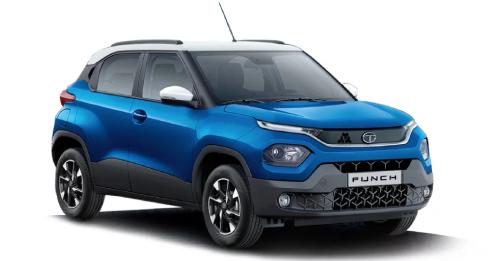 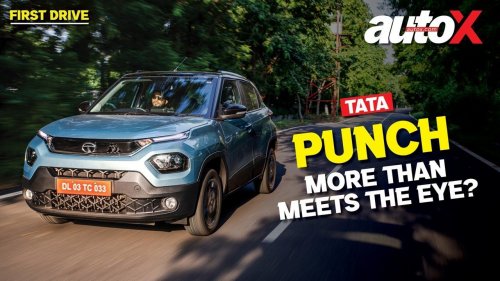 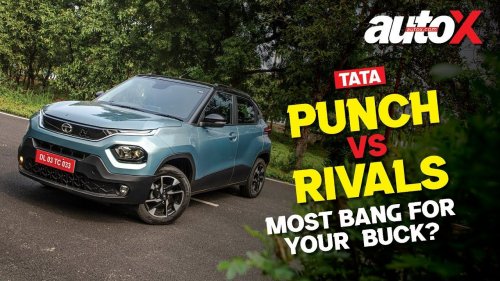 The latest offering by Tata Motors, the new Tata Punch, is an all-new platform that sports Tata's Harrier and other SUV design elements. Tata describes the new Punch as a platform that sports 'the agility of a hatchback and the DNA of an SUV'. Although it does sport the moniker of a 'sub-compact SUV', don't be fooled by the misnomer. The Tata Punch's dimensions are much shorter than its larger SUV counterparts and sit closer to its hatchback competitors. However, this raised hatchback does sports SUV like elements, making it a bit more SUVesque than its competition. How? Read on to find out more about the new Tata Punch.

The exterior design of the new Tata Punch borrows significantly from its elder siblings, such as the Tata Harrier. However, that's where the similarities end. The 3800mm in length Punch sits in a class between hatchbacks and compact SUVs, with its primary build being a combination of the two. SUV-like features include a significant ground clearance of 187mm thanks to a raised suspension height. The Tata Punch also features aggressive body lines that get significantly neutral towards the rear end, and straighter A-pillars, giving the car a muscular and SUV-like demeanour. The neutral A-pillars design also put the height of the Tata Punch at 1615mm.

The new Tata Punch features an all-new interior with a decent fit and finish. Entering and exiting the cockpit has been made significantly easier with doors that flex up to 90 degrees when open. The dashboard is predominantly layered plastic with contrasting white panels. The interiors of the Tata Punch also feature a floating touchscreen, climate controls on the central unit and features such as cruise control and volume controls on the steering. For the display, the Tata Punch features a half-digital, half-analogue instrument cluster. Thigh support is significant in both front and rear seating, and thanks to the lack of a transmission hump, rear seating is significantly comfortable for three people. However, air conditioning vents or controls are missing for the rear passengers.

The Tata Punch's engine specifications feature a three-cylinder, 1.2-litre engine that gets only a naturally aspirated variant and only in petrol at the moment. The engine is the same unit that other Tata cars have seen but features slight modifications for this variant. The Tata Punch puts down 86hp at 6000rpm and 113Nm of torque at 3300rpm. As modest as those figures are on paper, they're not at all bad from a power to weight ratio point of view, as the kerb weight of the Punch comes in at a light 1035kgs. Transmission options include a 5-speed manual and a 5-speed automated manual transmission (AMT).

The Tata Punch steps in the segment where Maruti Suzuki has positioned its Ignis. That being said, the Punch brings a substantial amount of features and tech to the table. Find out....

The Tata Punch has made its debut with prices starting at Rs 5.49 lakh. The Punch mainly rivals the Maruti Suzuki Ignis which has substantially lower pricing across its variant....

Out of a total of 17 points, the Tata Punch scored a near perfect score of 16.46 points for adult occupancy which is also the record high score achieved by any car in India, higher than its sibling,....

Tata will only offer the Punch with a 1.2-litre three-cylinder naturally aspirated petrol motor. The Punch will go on sale in four variants with two transmission option – a 5-speed MT and a 5-speed....

What is the current on-road price of Tata Punch?

Currently, the Tata Punch is priced at Rs. 5.49 Lakh for the base Pure MT trim.

What is the price of the top variant of Tata Punch?

Which year did Tata introduce the Punch in India?

The Tata Punch, in its current form, was introduced in 2021 .

What are the top competitors of Tata Punch?

The Tata Punch goes up against the Mahindra KUV100 NXT and Renault Kiger in the Indian market.

Tata Punch Price in Nearby Cities