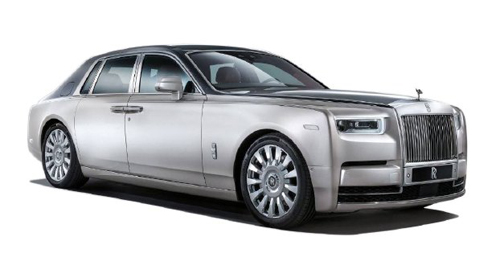 The Rolls-Royce Phantom has been around since 1925, and has represented motoring luxury ever since. Seven generations of the car have gone by, and for 2018, the eighth-generation model brings with it the same sense of occasion the moment you step into what is arguably the most luxurious cabin on four wheels. The 2018 Phantom gets an all-new aluminium spaceframe that also underpins Rolls-Royce's flagship SUV – the Cullinan. The Phantom has been known for being one of the finest hand-crafted cars on the planet, bringing exclusivity and sophistication to its customers for the price. Rolls Royce Phantom VIII is also known for its unmatched ride quality, thanks to the air suspension and the host of customisation options that can be carried out to spec one's Phantom according to their personal taste.

The Rolls Royce Phantom VIII new model looks similar to the car it replaces, yet there are lots of details that make it refreshingly different. Up-front, it boasts of the huge, signature chrome grille, flanked by slender headlamps bordered by an LED strip, featuring laser high beams. The square chin has a simple and straightforward appeal to it, while the angular front fenders can be seen protruding from the sides. The side profile remains more-or-less the same as before with a neat and tidy surfacing, while the rear too, looks identical to the previous car with the raised boot.

Thanks to the signature coach doors that open wide, getting in and out is done with aplomb. The electrically-operated doors can be shut by pressing on a button. The cabin oozes luxury, and there's a feeling of prestige in almost every detail, as you would expect from Rolls Royce Phantom VIII’s on-road price. Legroom is never an issue, for there is sufficient room, and you sit quite high-up as well at the rear. Heating and cooling functions are offered for the seats. Everything falls to hand perfectly well, including the switchgear. The individual entertainment screen flips down; so does the little table – at the touch of a button. At the front, the seats are very comfortable and supportive and come with multiple adjustments. The huge steering wheel gets a lot of buttons on it. Gone are the analogue dials, and in come a digital instrument cluster and a heads-up display for the driver. Then there's the starlight roof, which comes with lots of optic lights in the headliner, giving it the look of a night sky full of stars. 'The Gallery' is an idea that allows owners to customise their cars to suit their taste.

The 2018 Rolls-Royce Phantom is powered by a 6.75-litre V12 engine that makes 563bhp and 900Nm of torque, paired to an 8-speed automatic transmission. At idle and on the move, the engine is very quiet. Push the throttle down, and you will be surprised at how quickly the Phantom picks up pace. Both, the engine and the gearbox work well. The steering inspires confidence at high speeds and makes driving it an easy task. The Phantom also feels very agile around corners. On rough patches of tarmac, the Phantom soaks up undulations very silently. Occupants can barely hear anything inside the cabin. The Phantom is a car that is best driven at a relaxed pace.

The Rolls-Royce Phantom's ARAI-certified fuel efficiency figure is rated at 6.71kmpl for the diesel model. 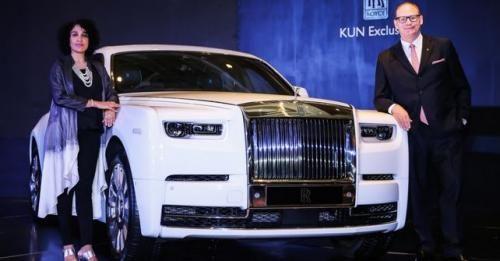 The Phantom VIII is claimed to have the most silent interior of anything on wheels.To live upto that claim, Rolls Royce has equipped the car with 6mm two-layer glazing all around it, alongside more....

In a build up towards its official unveil, Rolls-Royce has revealed new teaser images of its upcoming Phantom VIII. The uber luxury car maker will take the wraps off its all-new flagship model, the....

What is the current on-road price of Rolls-Royce Phantom VIII?

Currently, the Rolls-Royce Phantom VIII is priced at Rs. 9.5 Crore for the base Sedan trim.

What is the price of the top variant of Rolls-Royce Phantom VIII?

Which year did Rolls-Royce introduce the Phantom VIII in India?

The Rolls-Royce Phantom VIII, in its current form, was introduced in 2018 .