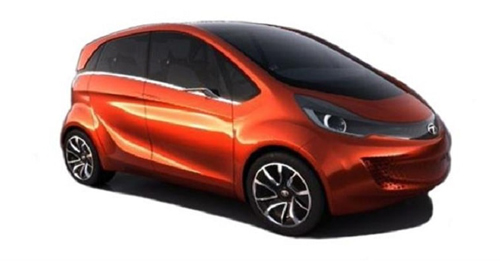 Tata will be having another go at the compact car segment with its upcoming Pelican. With the Nano at the lower end of the scale and the Tiago at the higher end of it, its now time for Tata to aim squarely at the volume end of the segment – right at the middle of it and more precisely at the Maruti Suzuki Alto 800. Although the initial plan included a 1.0 litre petrol engine and a 800cc diesel engine, Tata shelved its 800cc diesel engine plan and could instead use the 1.05 litre diesel motor from the Tiago for the diesel model of the Pelican. The Tiago’s three cylinder 1.2 litre petrol engine could be down sized to 1.0 litre for the Pelican petrol. The new Tata Pelican could make a debut in 2017. At the point little is known about its styling as the concept model looked pretty futuristic. But considering its segment, the Pelican will be built to a cost and hence won’t be a showstopper like the concept. But then again, Tata is known to make good looking cars most of the time and let’s hope for the best in terms of the Pelican. But competition is stiff at the moment with 800cc cars pushing the boundaries for entry level cars in terms of space, styling and equipment and Tata’s Pelican needs to offer a fair bit to attract customers from successful rivals such as the Renault Kwid.