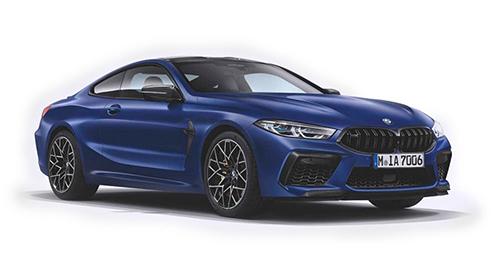 Launched alongside the 8 Series, the M8 is a performance-oriented version of its sibling. The BMW M8 was revealed officially in 2019 in Coupe and Convertible form. However, the Munich-based automaker has only launched the M8 in former body style in the Indian market. Apart from that, the M8 is also available in Competition trim in the International markets, which also did not make its way to the Indian market.

This is the first time that the Munich-based carmaker has launched an ‘M’ version of the 8-Series, which was not the case with the first-gen E31 8 Series. As of mid-2020, the M8 is the fastest production vehicle from BMW. Therefore, the BMW M8 price puts it directly against other supercars in the Indian market. Here’s what we think of the new M8.

On the whole, the BMW M8 new model looks smaller yet more intimidating than the standard 8 Series. At the front, the long-creased bonnet neatly merges with the kidney nostrils, which are painted black for a dramatic effect. The BMW signature headlamps are sharper and brighter here. The sporty front bumper is, then, filled with massive air inlets beneath the kidney grille.

Apart from the massive alloy wheels with brake callipers wearing the ‘M’ badging, there’s also a nice flowing roofline in profile, which may look good, but it may also get some underwhelming reactions from a third or fourth passenger. The rear profile with the slender LED taillamps matches with those of newer age BMWs, except the sportier bumper and quad exhausts make it look leaner and meaner.

Like the 8 Series, the interior of the M8, too, offers stupendous luxury and a driver-oriented cockpit. The cabin is fitted with top-notch materials all round. The layout, however, is a typical BMW affair, which does steal away its novelty. Regardless, the BMW M8 has a very special cabin and extremely comfortable seats, at least for the front two.

The BMW M8 comes with an impressive engine with staggering numbers. To give you a preview, it’s a 4.4-litre M Twin Turbo V8 Petrol engine, which is capable of churning out 591bhp and an impressive 750Nm of torque. It comes mated to an 8-speed automatic gearbox as a standard fitment. Moreover, it also matches the current BS-VI emission standards. 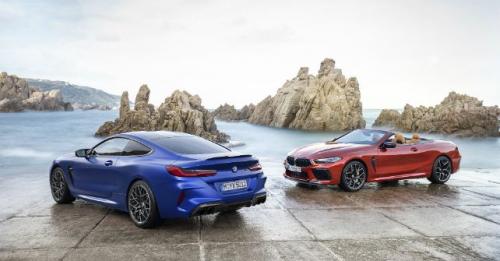 The Munich-based carmaker has taken the wraps off the first-ever M8, and it comes in coupe, convertible and competition trims. The coupe and convertible push 600 horses while the competition develops.... 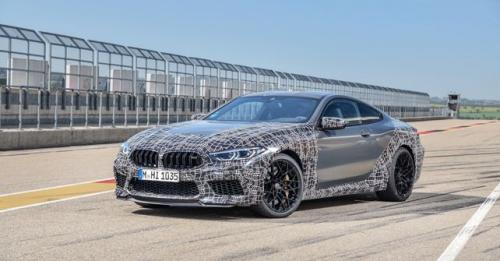 BMW's M division has unveiled a new display and control system for the future M models and the new system will make its debut in the upcoming BMW M8 and M8 convertible. The M8 will also get a more.... 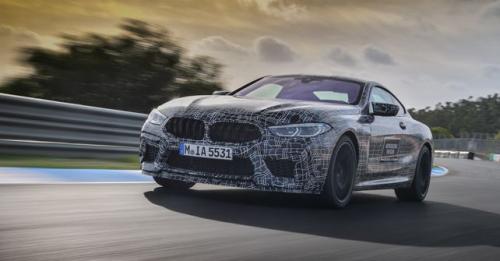 BMW has given its M enthusiasts a chance to rejoice by announcing that the new M8, which is currently undergoing rigorous testing on the Estoril Circuit in Portugal, will soon go into series.... 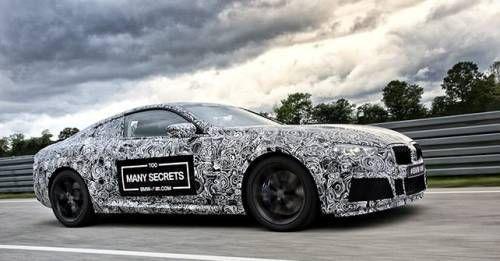 The BMW M8 prototype was unveiled at the Nurburgring 24 hours, while an M8 GTE race spec car is also under development. At the Concorso d’Eleganza Villa d’Este in Italy, BMW revealed the 8 Series....

What is the current on-road price of BMW M8?

Currently, the BMW M8 is priced at Rs. 2.15 Crore for the base Coupe trim.

What is the price of the top variant of BMW M8?

Which year did BMW introduce the M8 in India?

What are the top competitors of BMW M8?

The BMW M8 goes up against the Mercedes-Benz AMG GT 4-Door Coupe and Lexus LC 500h in the Indian market.

BMW M8 Price in Nearby Cities