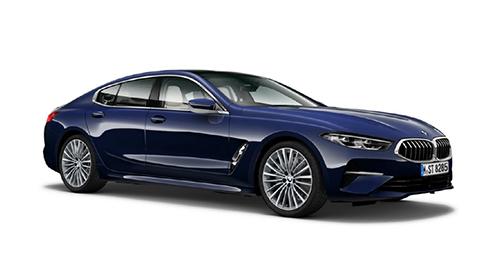 With the 8 Series, BMW has – for the first time – brought its flagship saloon to the Indian market, along with its leaner and faster sibling, the M8. Unlike the luxury-biased 7 Series, the 8 Series is the company’s latest Gran Coupe offering, which replaces the 6 Series Gran Coupe in the company’s India line-up.

By the looks of it, the 8 Series is closely related to the M8 than the 7 Series, which is a good thing. Unlike the 7 Series, the kidney nostrils here are, err, medium-sized and gel well with the overall front-end. The slim and sharp laser lights from BMW also make its way here. The low-slung sports car nose works well too.

In profile, the massive 19-inch alloy wheels separate the rather long 3,023mm wheelbase. The roofline flows neatly into the rear overhang, although not as steeply as the M8. The rear end is also nice, replete with a sportier bumper with sharp lines and wraparound LED taillamps.

The BMW 8 Series variants are as follows: 840i Gran Coupe and 840i M Sport Edition. As for the standard equipment, the 8 Series gets 19-inch alloy wheels, slender LED taillamps, and Laser light headlamps.

Moreover, it gets the latest iDrive system with gesture control that supports wireless Apple Carplay among other connected features. You also get four-zone climate control, 16-speaker Harman-Kardon audio system, a 360-degree camera, and an all-digital instrument cluster.

The overall cabin layout is similar to that of the M8, although there are a few differentiating bits here. The materials, of course, are rich in texture and quality. There’s also a lot of room here inside the cabin, with only the headroom at the rear being a bit too tight for taller passengers. The wide centre console, on the other hand, eats up a lot of space, making the 8 Series a four-seater at best.

The BMW 8 Series is powered by a 3.0-litre inline-six twin-turbo petrol engine which is compliant with the recently enforced BS-VI emission standards. It is capable of producing 335bhp and 500Nm of peak torque. Moreover, it comes mated to an 8-speed automatic gearbox as standard across the range.

BMW has given the 8 Series a blingy yet subtle makeover to create the rather regal-looking 8 Series Golden Thunder Edition. Available in all body styles (Coupé, Convertible & Gran Coupé), it will....

The all-new BMW 8 Series has found its way onto the BMW India website, hinting at the fact that the car is nearing its launch here. Although, unlike the X6, the bookings are not yet open. As of now,.... 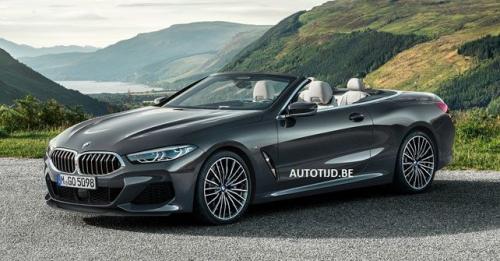 Official images of BMW’s 8 Series Convertible in the range topping M850i spec have been leaked. Here’s a look at what’s different from the coupe, apart from the missing roof of.... 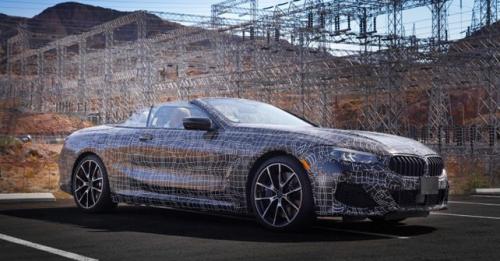 Subsequent to the official unveiling of the 8 Series Coupe, BMW has now released a teaser image of its open top sibling. Just a few months back, BMW took the wraps off the 8 Series....

What is the current on-road price of BMW 8 Series?

What is the price of the top variant of BMW 8 Series?

Which year did BMW introduce the 8 Series in India?

What are the top competitors of BMW 8 Series?

BMW 8 Series Price in Nearby Cities