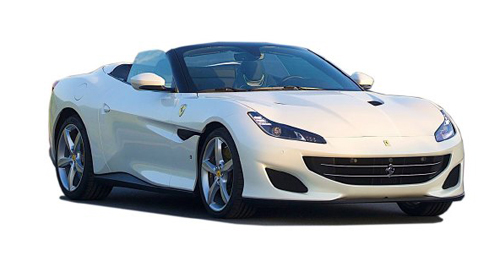 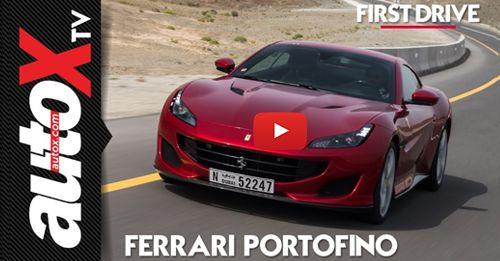 The Portofino replaces the California in Ferrari’s line-up, making it the new entry point into the world of Ferrari. What makes it the carmaker’s most anticipated model is the fact that it signifies over two-thirds of consumers, who are the first-time buyers of a Ferrari.

So, given the fact that the California was the stepping stone for most consumers in the world of Ferrari, the Portofino has some big shoes to fill. And if a first impression is anything to go by, the Portofino is a huge departure from the slightly timid looks of the erstwhile California. Given that the Ferrari Portofino price is quite attractive too, just adds to the overall appeal. But does the Portofino offer a true Ferrari experience? Read on.

As hinted above, the Ferrari Portofino new model is a huge departure from the former California. Not that the California was an ugly machine, it wasn’t just as desirable as a Ferrari should. The Portofino, then, looks much more like a traditional Ferrari. The first applause goes to the snazzy ‘Rosso Corsa’ shade, in which the Portofino is simply an eye-grabber.

The bonnet is as long as ever, which alone can house a small family car. The air intakes on the front bumper are designed in a way it portrays an angry – and very intimidating – grin from a distance. The headlamps are sweptback and brimmed with LEDs. The main highlights at the rear are the circular LED taillamps and, of course, the quad exhausts. With the roof up, the Portofino has this very special fastback appeal, while it is every bit desirable as a convertible with the roof down.

The Ferrari Portofino variants, namely, are Coupe. The main new addition to the equipment list with the Portofino is a 10.25-inch infotainment screen in the centre, which comes with Apple Carplay, but sadly misses out on Android Auto.

The multi-function steering wheel houses controls for just about anything, from starting the engine to even the indicators. There are a number of electronics that ensure that all the speed and performance that comes out of the monstrous V8 doesn’t kill you. There are a couple of optional extras too, which might take the Ferrari Portofino on-road price through the roof.

The first thing to appreciate as entering the Portofino is how luxurious and opulent it feels despite its supercar calibre. In true Ferrari fashion, you sit facing a three-spoke steering wheel that houses almost every function inside the car. Look farther, and the next thing that comes into the vision is the large analogue rev counter, which is then flanked by two digital displays. The new infotainment system is embedded nicely and is quite slick too.

While the front seats are an absolute delight, there’s simply no denying the fact that the space at the rear is best for small children. Moreover, the boot space is quite shallow with the roof down too. In all honesty, though, these are the certain trade-offs that are there in every sports car.

Under the hood of the Ferrari Portofino is the same engine that did its duty in the erstwhile California. It’s the same 3.9-litre twin-turbo V8 petrol engine, which is now capable of producing 591bhp and 760Nm of torque. It comes mated to a 7-speed dual-clutch gearbox as a standard fit. 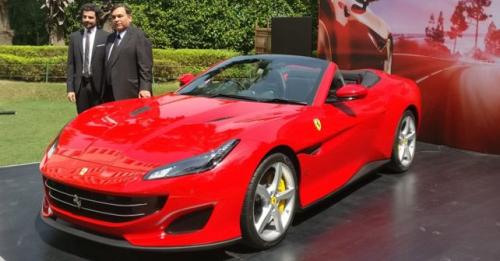 Ferrari's all-new drop-top GT has finally reached the Indian shores. Launched in Delhi, this new entry-ticket to the Ferrari brand has had all of us on our toes ever since we went to Dubai to....

What is the current on-road price of Ferrari Portofino?

Currently, the Ferrari Portofino is priced at Rs. 3.5 Crore for the base Coupe trim.

What is the price of the top variant of Ferrari Portofino?

Which year did Ferrari introduce the Portofino in India?

The Ferrari Portofino, in its current form, was introduced in 2018 .

What are the top competitors of Ferrari Portofino?

The Ferrari Portofino goes up against the Ferrari F8 Tributo and Aston Martin DB11 in the Indian market.