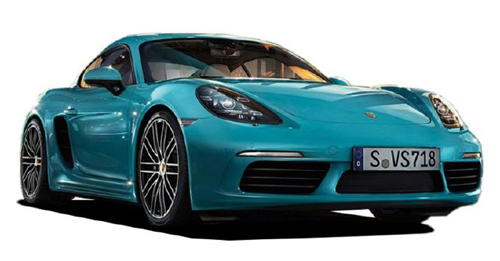 Where the 718 Boxster is a drop-top convertible, the 718 Cayman is a traditional sports car. Regardless, both the cars use the ‘718’ prefix, which harks back to the 718 race car from 1957. The ‘718’ prefix was first received when the Boxster was first globally introduced in 2016, and the Cayman received a mid-cycle facelift.

Apart from that, both the iterations of the 718 has been on sale in the Indian market – in the current spec you see above – since early 2017. Where the Cayman is a bit more affordable, the Boxster demands slightly more than the Porsche 718 price for the Cayman.

Of both, it is, of course, the Boxster that looks more attractive and certainly more desirable than the Cayman. Both the 718s, however, follow the typical Porsche styling route. Upfront, you get Porsche’s signature bi-xenon headlamps with four-point LED DRLs. Both the cars sit low to the ground. The talking point at the rear of the Porsche 718 new model is the revamped LED taillamps with their own four-point brake lights, which is certainly the biggest giveaway of the new model.

You can also spec up the 718 with additional accessories. This will, however, increase the Porsche 718 on-road price by a substantial margin.

In typical Porsche fashion, the 718, too, gets a high-quality interior with unmatched level of materials and soft-touch finish everywhere. The three-spoke steering wheel is borrowed from the 911, which, says a lot about the car’s sporty prowess. You sit facing a triple gauge instrument cluster, which constitutes an analogue speedometer and tachometer along with a small digital gauge as standard.

The infotainment unit sits in the middle of the dashboard, followed by the HVAC controls. The standard Alcantara seats are nice and comfy, of which only the driver’s perch is electronically adjustable as standard.

Under the hood of the 718 lies a 2.0-litre four-cylinder turbocharged petrol engine, which is good for 295bhp and 380Nm of torque. It comes mated to a 6-speed automatic gearbox as standard. Moreover, this engine follows a rear-wheel-drive layout as standard on both the Boxster and the Cayman. 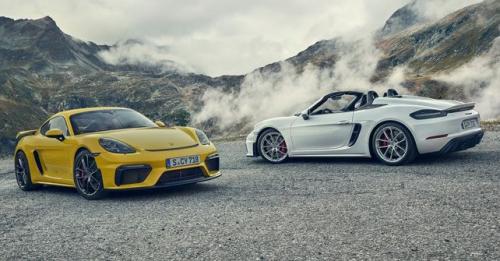 The Porsche 718 Cayman GT4 and 718 Spyder bring back the naturally-aspirated six-cylinder engine to the 718 range. Apart from that, the new models get updated aerodynamics, more features and come.... 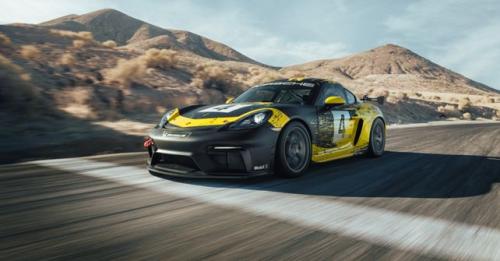 Three years after the first Cayman GT4 Clubsport made its debut, the Weissach-based carmaker has now unveiled its successor, this time though, in two versions. While Porsche has dedicated the past.... 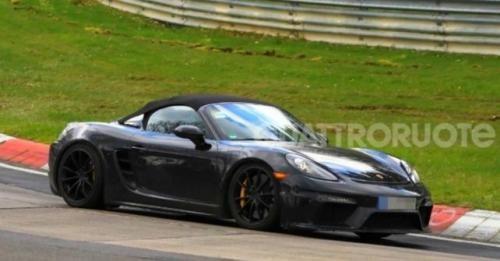 The Porsche 718 Boxster Spyder was photographed at the Nürburgring by our partner quattroruote. The special edition of the German sportscar is now close to its debut and is on the German circuit.... 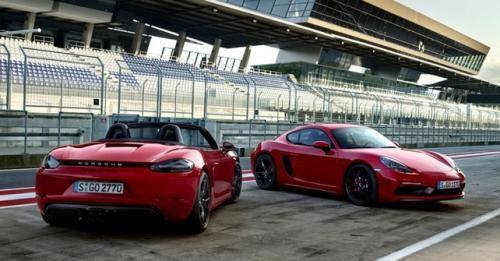 The pre-facelifted Boxster and Cayman GTS were the most critically acclaimed versions of the current generation of these sportscars, and Porsche aims to revive that success with the official reveal....

What is the current on-road price of Porsche 718?

What is the price of the top variant of Porsche 718?

Which year did Porsche introduce the 718 in India?

What are the top competitors of Porsche 718?

The Porsche 718 goes up against the Jaguar F-Type and Mercedes-Benz AMG GLC 43 Coupe in the Indian market.

Porsche 718 Price in Nearby Cities