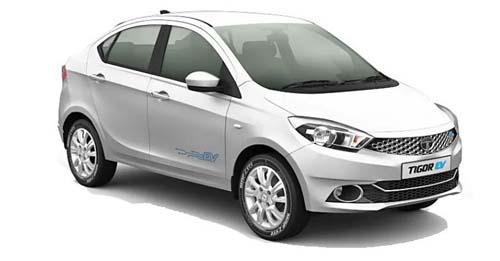 First available to government officials, followed by fleet operators and car rental services, the Tigor EV has been around since 2017. It is, of course, the homegrown carmaker’s first fully-electric vehicle in the market. In 2019, Tata Motors introduced the Tigor EV to the private buyers too. The Tata Tigor EV price you see above is inclusive of all the government subsidies and FAME-II incentives for electric vehicles.

But, in presence of the already capable petrol-powered Tigor, does the EV make a case for itself? Read on.

Barring the EV badges and stickers, there isn’t any distinguishing factor amongst this and the standard Tigor. However, the EV is still based on the pre-facelift Tigor, which means, it still carries over the designing elements from the same. However, given the fact that the new Tigor meets the new pedestrian safety norms, the Tigor EV new model could also get a re-design sometime soon.

The Tata Tigor EV variants are as follows: XE+, XM+, and XT+. Since it’s not available in the top-spec XZ+ trim (from the standard car), the EV does miss out on some nice-to-have features. What you do get on the top-spec XT+ trim is a 2-DIN audio system with Bluetooth, iPod, and AUX connectivity, which is paired with a Harman sound system.

Also, a part of the equipment list is electrically adjustable wing mirrors, power windows, remote central locking with keyless entry, steering-mounted audio controls, and much more. On the safety front, it gets dual airbags, ABS with EBD, reverse parking sensors, and seatbelt reminders for the front two passengers on the top-trim.

Like the exterior, the interiors, too, remain unchanged from the pre-facelift Tigor. The only visible change here is the use of a State of Charge (SOC) dial in place of the tachometer.

Therefore, for the extra on-road price, Tata Tigor EV does not get any fancy equipment or upholstery in comparison to the standard model. The dashboard is still finished in a black and grey dual-tone layout. The driver sits facing a two-dial digital-analogue instrument cluster. The three-spoke steering wheel, too, is carried over.

While it was earlier introduced with a 16.2kWh battery pack, the 3 Phase AC Induction motor now works in tandem with a 21.5kWh battery pack, which is good for 213km of range on a single charge. The motor churns out 30kW, which is equal to 40.23bhp. It also comes with two driving modes – Drive and Sport.

The Tata Tigor EV does not have any direct rivals in the Indian market, as of early-2020. 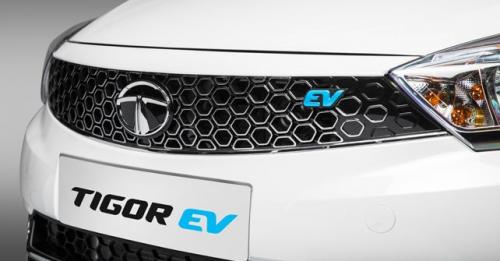 What is the current on-road price of Tata Tigor EV?

Currently, the Tata Tigor EV is priced at Rs. 9.54 Lakh for the base XE+ trim.

What is the price of the top variant of Tata Tigor EV?

Which year did Tata introduce the Tigor EV in India?

The Tata Tigor EV, in its current form, was introduced in 2019 .

What are the top competitors of Tata Tigor EV?