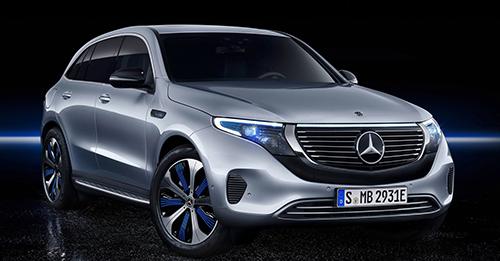 The Mercedes-Benz EQC, as of late-2020, is not just the carmaker’s first fully-electric vehicle in the Indian market, it’s also the first electric vehicle from a luxury carmaker in our market. While the Stuttgart-based automaker may have been a bit late to the EV race in the global markets, it is the first one to secure its position in ours.

The EQC is built around the same underpinnings as the combustion-engined GLC, but Mercedes-Benz has done quite a job in giving its first electric vehicle a distinctive identity. And the Mercedes-Benz EQC price, too, seems to be spot on, considering it’s quite a stirring package.

As said earlier, while the Mercedes-Benz EQC new model shares its underpinnings with the GLC, it has been reworked to appeal as a completely different product. While this may give you an idea about its size, the rest is a completely different story. So much so, the EQC looks unlike any other vehicle we’ve seen from the carmaker. Be it the piano black inserts at the front, signature LED lights up front, 20-inch alloys with blue detailing, or the clean rear end, the EQC looks contemporary and sophisticated.

The Mercedes-Benz EQC variants are as follows: 400 4MATIC. As for the equipment, the Mercedes-Benz EQC on-road price will get you 7 airbags, Attention Assist, connected car tech, a sunroof, Merc’s latest MBUX infotainment system, fully-digital instrument cluster, leather seats, multifunction steering wheel, those nice-looking 20-inch alloy wheels, a personal voice assistant, and so on.

The interior of the EQC is every bit as modern and luxurious as you’d expect from a new-age Mercedes. In typical Mercedes fashion, the materials inside are rich and there’s soft leather padding on the dashboard. The switchgear – most of it – is finished in knurled chrome finish, giving it a nice tactile feel. The space inside is similar to the GLC, so seating four won’t be an issue.

The EQC is powered by dual asynchronous AC motors (one on each axle, part of the 4MATIC AWD system), which works in tandem with an 80kWh Li-ion battery pack. The combined power and torque output are rated at 402bhp and 765Nm, respectively. To give you an idea of the EQC’s performance, it takes just 5.1 seconds to breach the 100km/h from a standstill, despite it weighing north of 2 tonnes. 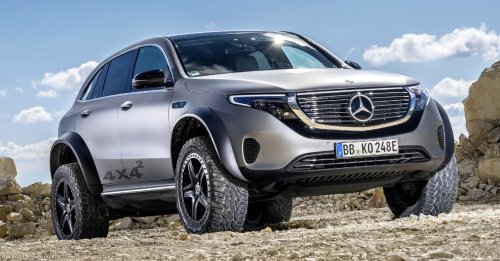 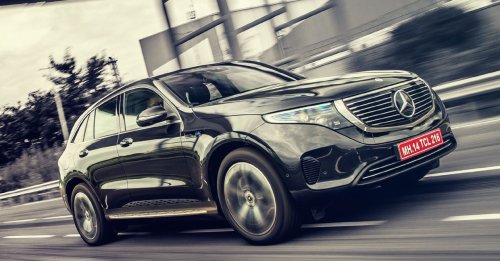 The Mercedes-Benz EQC 400 has finally made its commercial debut in India, with an on-road price of ₹99.30 lakh. However, this introductory price is applicable only to the first 50 units and also....

Powering the Mercedes-Benz EQC is an 80kW battery pack that sends all of its 402bhp to all four wheels via two asynchronous motors – one on each axle. The EQC is Mercedes’ first all-electric.... 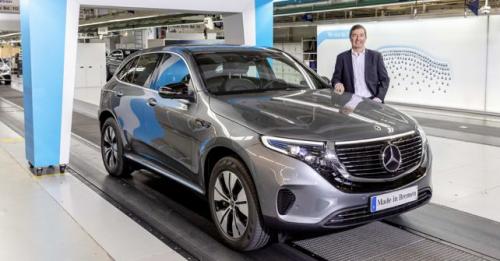 Mercedes' first all-electric product, the EQC, has achieved a significant milestone as it enters series production at the marque's Bremen facility, now making it available for....

What is the current on-road price of Mercedes-Benz EQC?

What is the price of the top variant of Mercedes-Benz EQC?

Which year did Mercedes-Benz introduce the EQC in India?

The Mercedes-Benz EQC, in its current form, was introduced in 2020 .

What are the top competitors of Mercedes-Benz EQC?

Mercedes-Benz EQC Price in Nearby Cities