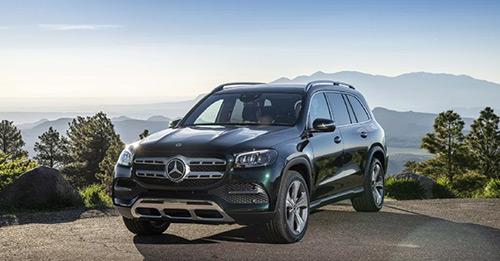 The Mercedes-Benz GLS has been, without a doubt, one of the most popular SUVs in the country, especially in its space. As of mid-2020, the GLS is the largest SUV the Stuttgart-based automaker makes. The debut of the third-generation model means that the Mercedes-Benz GLS price is also a wee bit more than before, but it does bring a host of new equipment to the table. Here’s what you get.

As said above, the Mercedes-Benz GLS new model is based on a new platform, which means it's larger than before. To put things into perspective, the GLS is now 77mm longer than before, measuring 5,207mm in length. Moreover, the new GLS is 1,999mm in width, 1,823mm in height and has a 3,135mm wheelbase.

But apart from its size, the GLS sports an all-new design language as well. In a nutshell, the 2020 GLS now looks brawnier and more intimidating. Also, the updated look means it’s more in line with the rest of the Mercedes SUV line-up.

The Mercedes-Benz GLS variants are as follows: 450 4MATIC and 400d 4MATIC. As for the equipment, the 2020 GLS gets a fully-digital instrument cluster and the brand’s latest MBUX system, both of which measure 12.3-inches in size. You also get a panoramic sunroof, 64-colour ambient lighting, five-zone automatic climate control, wireless charging at the front and rear, rear-seat entertainment screens, LED headlamps, 21-inch alloys, and air suspension, among other things.

The interior of the GLS, just like the exterior, is completely revamped too. The driver sits facing twin 12.3-inch displays, which, as mentioned above, function as an instrument cluster and an infotainment system. The three-spoke steering wheel, which gets all the essential controls, is thick and nicely padded.

In the space department, the GLS doesn’t disappoint either. Since it’s a mammoth of an SUV, there’s ample of space even when talking about the second or the third row. The seats, themselves, are wrapped in high-quality leather, making the cabin a nice place to spend time.

The 2020 iteration of the GLS packs in either a petrol or a diesel powertrain. The petrol-powered 450 4Matic packs a 3.0-litre six-cylinder unit, which makes 362bhp/500Nm and is aided by an integrated starter generator that gives it EQ boost.

The 450d 4MATIC variant, too, gets a 3.0-litre six-cylinder unit, which is now an oil-burner churning out 325bhp and 700Nm. Both the engines are mated to a 9-speed automatic gearbox. Since the Mercedes-Benz GLS on-road price for both the petrol and diesel variant remains the same, it comes down to personal preference to choose between either of these powertrains.

The German luxury carmaker has brought in the third-generation iteration of the GLS. The flagship SUV has been launched at an introductory price of Rs 99.90 lakh for both the variants – the 400d.... 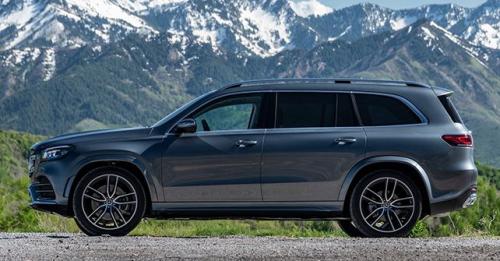 The third-generation model of Mercedes-Benz’s flagship, the GLS, has now been listed on the company’s India website hinting at a launch in the near future. The GLS gets updated styling, new.... 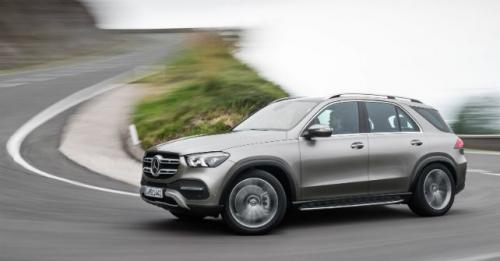 Mercedes-Benz has had a good year so far. Starting from January to September, this year the company has managed to sell 11,789 units – and there’s one whole quarter left. And they have tasted.... 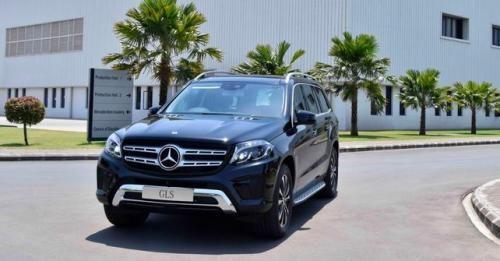 Mercedes-Benz has introduced a special variant of its GLS SUV, dubbed Grand Edition. This special edition variant will be available in both GLS 400 and GLS 350 d models. Mercedes calls the GLS Grand....

What is the current on-road price of Mercedes-Benz GLS?

Currently, the Mercedes-Benz GLS is priced at Rs. 99.9 Lakh for the base 400d 4MATIC trim.

What is the price of the top variant of Mercedes-Benz GLS?

Which year did Mercedes-Benz introduce the GLS in India?

The Mercedes-Benz GLS, in its current form, was introduced in 2020 .

What are the top competitors of Mercedes-Benz GLS?

Mercedes-Benz GLS Price in Nearby Cities