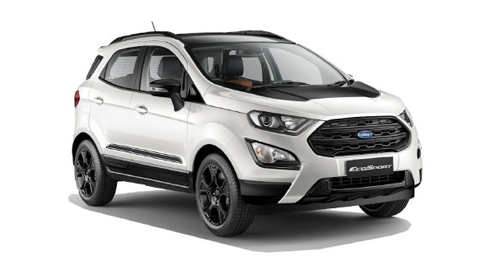 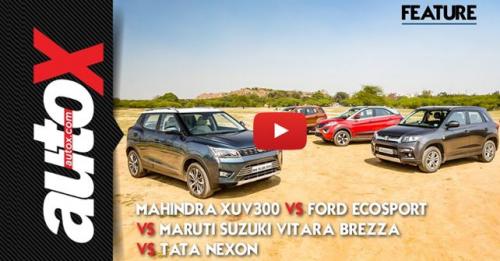 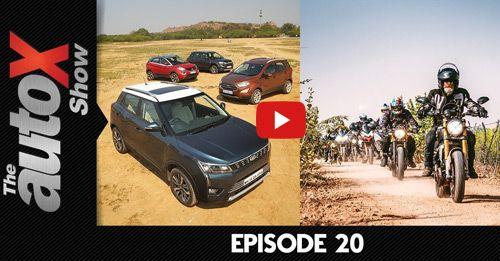 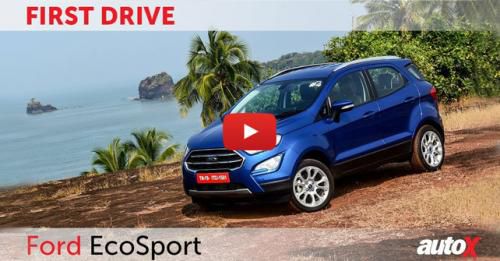 Ford's EcoSport has proved to be a pretty popular model since its launch, back in 2013. It's served the market well, but after the rivalry started to catch up, it began getting a little long in the tooth – and hence, the EcoSport now comes with a slew of updates and changes.

At the front, there's a bold twin-slat grille, behind which you will find honeycomb mesh. The headlamps with DRLs along with the fog lamps have been re-designed. The front fascia of the Ford EcoSport new model now looks bolder than before, with a hint of aggression too. The most prominent of changes, however, are the large and sporty 17-inch alloy wheels. They do look a bit low-profile, but we can't imagine the EcoSport wearing a better design. As for the rear – the tail-mounted spare wheel remains, unlike European models.

The Ford EcoSport variants for the petrol model are as follows: Ambiente, Trend, Titanium, and S. Features include an 8.0-inch touchscreen infotainment system with Ford's SYNC3 system, rain-sensing wipers, automatic headlamps, cruise control, tyre pressure monitoring, seven colour ambient lighting, reversing camera, paddle-shifters on the AT petrol variant and tilt and telescopic steering wheel. On the safety front, it offers two airbags and ABS as standard, while the top-of-the-line model gets as many as six airbags. With a slight bump in on-road pricing, Ford EcoSport (as of early-2020) now also gets FordPass connectivity suite.

The dashboard now boasts of conventional design, with the huge screen in the middle. The front seats continue to be well-bolstered, providing ample comfort. Space for occupants at the rear is just about right, and there's also a central armrest at the back. The overall levels of fit-and-finish are up to the mark, with a certain solidity to the quality of plastics used.

Powering the Ford EcoSport are two different engines: a 1.5-litre, petrol engine that makes 121bhp and 150Nm of torque, and a 1.5-litre diesel engine that produces 99bhp and 205Nm of torque. The 1.5-litre petrol motor gets the option of either a 5-speed manual gearbox or a 6-speed automatic gearbox. The 1.5-litre diesel motor is synced to a 6-speed manual transmission. The 1.5-litre petrol engine is quiet and manages to be quite punchy in the low revs, with linear power delivery, making it tractable. While the automatic gearbox feels more suited to city conditions, the manual is wherein the fun lies. The steering instils confidence in the driver, while all road patches are absorbed well, thanks to the plush ride quality. 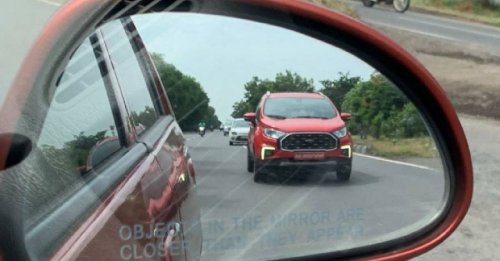 The Ford Ecosport is set to get yet another life cycle update. The changes are largely expected to be skin deep with most mechanicals and features to be the same as before. Read the following to find....

The Ford EcoSport SE brings the styling of the international-spec model to India by losing the iconic rear-mounted spare wheel – launched with prices starting from ₹10.49 lakh for the petrol....

Ford India has revised the prices of the EcoSport for 2021. Along with the price cut on most variants, the Titanium trim now comes fitted with a sunroof as a standard feature. Titanium + MT and....

Ford kick started the BS6 innings for its popular EcoSport compact SUV way back in January of 2020. And now in a bit to expand its prospects, Ford India has introduced a more affordable petrol....

What is the current on-road price of Ford EcoSport?

Currently, the Ford EcoSport is priced at Rs. 8.19 Lakh for the base Ambiente 1.5L Ti-VCT trim.

What is the price of the top variant of Ford EcoSport?

Which year did Ford introduce the EcoSport in India?

The Ford EcoSport, in its current form, was introduced in 2019 .

What are the top competitors of Ford EcoSport?

Ford EcoSport Price in Nearby Cities