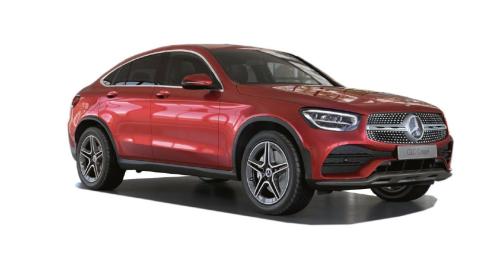 SUV-coupes have bucked the trend for quite some time, for the focus has been primarily on styling, rather than practicality. The Mercedes-Benz GLC Coupe was first unveiled to the world back in 2015, and unlike its predecessor, it drops the AMG moniker. With the GLC Coupe, Mercedes have sprinkled performance and cutting-edge styling into the coupe-crossover mix. And while that might seem a little unconventional, the popularity of such a model is growing rather rapidly, as performance SUV-coupes really stand out in the world full of conventional SUVs. With its German counterpart in its crosshairs, it'll have to be seen if the GLC Coupe leads from the forefront.

When compared to its SUV sibling – the GLC – the Coupe looks sportier and far more distinctive. As is the case with the Mercedes-Benz GLC Coupe price, which, perhaps, is substantially more than the standard GLC. But, you do get your money’s worth here. It starts from the front, with the single-slat chrome grille, which sports the humongous inverted three-pointed star moniker. There's a raised definition along the sides of the bonnet, giving it a muscular look. Along the sides, there's a sharp beltline, mildly flared wheel arches, and stylish 19-inch dual-tone wheels. At the rear, it gets horizontal wrap-around LED tail lamps, the three-pointed star in the middle of the boot lid, and of course, the chrome-tipped quad exhausts. What really stands out, however, is that sloping, coupe-like roofline.

The Mercedes-Benz GLC Coupe variants are as follows: 300 4MATIC and 300d 4MATIC. With the 2020 facelift, the Mercedes-Benz GLC Coupe new model now features the brand's MBUX infotainment system, which, precisely, measures 10.25-inches diagonally. There's also a 12.3-inch digital instrument cluster, which is loaded to the gills. Other than that, the 2020 iteration of the GLC Coupe continues to be decently-equipped both on the features front and safety front.

Just as you would expect from a cabin inside a car that costs as much as a Mercedes-Benz GLC Coupe on-road price,  everything you touch and feel is top-notch. It gets an all-black dashboard with tan leather seats. The flat-bottomed steering gets touchpads for both the infotainment screen and the digital instrument cluster. And we particularly like the unique controls for the electric seats. Right in the middle of the dashboard, stands the all-new MBUX infotainment system. In terms of comfort, the front seats provide ample support and cushioning, but the headroom at the rear could've been better. The legroom at the back is adequate as well.

The 2020 Mercedes-Benz GLC Coupe is powered by two engines, a 2.0-litre four-cylinder petrol, good for 256bhp and 370Nm of torque and a 2.0-litre diesel, which produces 242bhp and 400Nm of torque. Paired to both the engines is the same 9-speed automatic gearbox, with all the power being channeled to all four wheels. While the pre-facelift AMG derivative of the GLC Coupe was a hoot to drive, it remains to be seen whether the 2020 model will follow suit.

With the 2020 GLC Coupe, Mercedes-Benz has decided to improve on a few things of the old car. And the result of that is a more affordable and more practical offering, without losing any of the.... 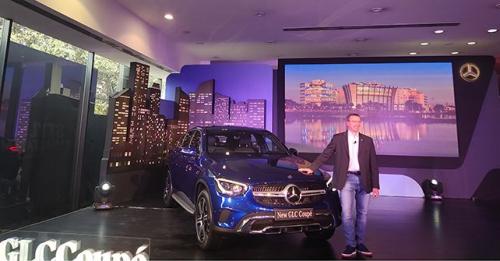 Unlike before, Mercedes-Benz will not have the GLC Coupe on sale in the AMG trim. In fact, only the standard 2.0-litre petrol and diesel models have been brought to India. Prices start at Rs 62.70.... 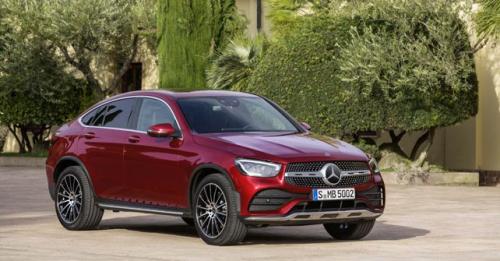 Just a few weeks after pulling the wraps off the 2020 GLC, the German marque has now presented the new Coupe version of the SUV as well. Those familiar with the new 2020 GLC will immediately notice.... 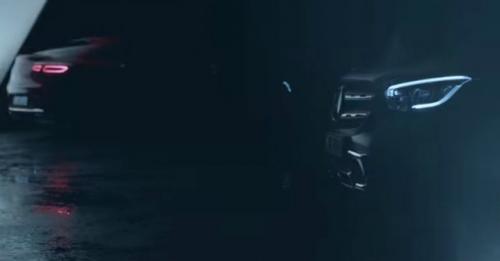 Mercedes-Benz has released a teaser video of the 2020 GLC Coupe. On the outside, it will come with some design updates that we have already seen on the GLC. The 2020 GLC Coupe will also get the MBUX....

What is the current on-road price of Mercedes-Benz GLC Coupe?

Currently, the Mercedes-Benz GLC Coupe is priced at Rs. 68 Lakh for the base 300 4MATIC trim.

What is the price of the top variant of Mercedes-Benz GLC Coupe?

Which year did Mercedes-Benz introduce the GLC Coupe in India?

The Mercedes-Benz GLC Coupe, in its current form, was introduced in 2020 .

What are the top competitors of Mercedes-Benz GLC Coupe?

The Mercedes-Benz GLC Coupe goes up against the BMW 6 Series GT in the Indian market.